Karl Liebknecht: jailed in 1916 for saying ‘Down with the war!’

German socialist Karl Liebknecht stands out as one of the most inspirational figures in the history of the socialist movement. He spent much of his life on the extreme left of the Social Democratic Party, the German equivalent of the Labour Party, before breaking from it and helping to found a revolutionary organisation.

He suffered slander, imprisonment and eventually death for his opposition to militarism and capitalism. But he never doubted that a better world was possible. His life story also shows how people who at one moment have only a tiny minority supporting them can later come to lead millions. Liebknecht was virtually born into the Social Democratic Party. His father, Wilhelm, was co-chair of the party in the last decade of the 19th century. Karl became involved in smuggling socialist propaganda into Russia.

He also defended others in court who had been arrested for this offence. He wrote extensively against militarism and, under the vicious laws in operation even outside wartime, he was imprisoned for 18 months. He became an MP in 1912 and came to international prominence with the outbreak of the First World War two years later. The SPD, like other socialist parties across Europe, had a position of opposing the war. It had been agreed at congress after congress before the war started. As late as 25 July 1914 the Directorate of the SPD issued an appeal to the working class which read:

‘The ruling classes which in peacetime oppress you, despise you, exploit you, want to use you as cannon-fodder. Everywhere the cry must ring in the despots’ ears: ‘We want no war! Down with war! Long live international brotherhood!’

Yet on 4 August the SPD voted in the German parliament to allow the government to raise the money necessary to fund the war. Karl Liebknecht and 13 others voted against the war at the SPD caucus, but were in a minority. The 14 then refused to break party discipline and voted with the pro-war party line. Liebknecht and fellow left winger Rosa Luxemburg spent frantic months trying to organise those in the SPD who opposed the war, and win support among MPs. It was in vain. It seemed like the whole world had been gripped by jingoism.

On 2 December 1914 there was a second vote in parliament to grant the government more credit to pursue the war. This time Liebknecht stood out and voted against the war credits. Every other SPD deputy voted with the government. News of Liebknecht’s opposition spread across Europe and provided an inspiration for those socialists, like Lenin and the Bolsheviks in Russia, who were fighting against the war and against their own bosses.

Liebknecht suffered for his courage. He was conscripted (even though he was an MP) and sent to the army. Because he refused to fight he was given a job on the Eastern Front burying corpses. His health became so bad that he was allowed to return to Germany. At the beginning of 1916 Liebknecht and his fellow thinkers decided to launch an organisation which would draw together the most left wing elements of the SPD. They called it Spartacus after the slave who led the legendary revolt against Rome.

It was becoming clear that in order to put forward genuinely socialist policies it was necessary to break from the discipline of the SPD. The Spartacus group tried to agitate against the war and link the grievances of workers in the factories together with soldiers at the front. The SPD leaders were openly pro-war. They had a vision of the German state which is eerily similar to the warmongers in the West now. In 1916 the SPD spokesman announced in parliament, ‘The peace will leave Germany and her allies as a group of powers whose spheres of economic control extend from the marshes of the Elbe to the waters of the Persian Gulf. ‘Thus Germany will have won by arms the kernel of a great sphere of economic control, worthy to be set as economic territory by the side of that of other world empires.’

The Spartacus group decided to call an anti-war demonstration for May Day 1916. It was illegal but about 10,000 workers turned up, making it the first sizeable protest against the war. Liebknecht mounted the podium and opened his speech with, ‘Down with the war! Down with the government!’ He was immediately arrested. He was found guilty of treason and sentenced to two and a half years hard labour by a military court.

The government made sure he suffered horrendous treatment. The crackdown on anyone who raised a voice against the slaughter was vicious, the reflection at home of the brutality at the front. Each month saw yet more ferocious stories denouncing ‘the enemy’, and more barbarous methods of warfare. Every year more countries entered the conflict-Turkey, then Italy, then the US and others. But discontent with the war was growing -55,000 munitions workers struck on the day of Liebknecht’s sentencing.

In October 1918 large numbers of workers began spontaneously to demonstrate against the government. The government came under pressure and was forced to release Liebknecht. In November the accumulated bitterness of four years of war erupted when sailors at the ports of Kiel and Wilhelmshaven mutinied against their officers. It sparked off a wave of mutinies and strikes across Germany. hundreds of thousands of workers took to the streets and at the front soldiers simply put down their guns and refused to fight.

Within days they forced the abdication of the Kaiser and the resignation of the government. It was this workers’ revolt which ended the First World War. The SPD leaders who had tried right up to the last minute to stop revolution from breaking out and to prop up the monarchy now ran to the front of the movement in an effort to lead it into safe channels.

Everywhere workers and soldiers were beginning to set up democratic councils which in each locality organised the strikes and mutinies. Liebknecht and the Spartacists argued for the old state to be dismantled and for the councils to come together on a national scale and wield real power. But they were a very small voice and only had a few thousand supporters. An attempted uprising at the beginning of 1919 was defeated and on 15 January Liebknecht and his fellow revolutionary Rosa Luxemburg were arrested and taken for ‘questioning’.

A soldier smashed both of their skulls in with a rifle butt. Liebknecht was driven to a park in central Berlin and shot. Rosa Luxemburg’s body was dumped in a canal. The night before his murder Karl Liebknecht wrote down his thoughts in an article entitled ‘Despite Everything!’ In it he argued that so long as capitalism existed workers would need to resist attacks from the bosses. He looked forward to the day when large numbers of workers would look to their own power to run society:

‘From the bitter lessons of this week the motto that the liberation of the working class can only be achieved by the working class itself has acquired a deeper meaning.’ Liebknecht was an inspirational fighter against war and for our class.

‘HOW MUCH longer will the imperialist gamblers abuse the patience of the people? Enough and more than enough of the slaughter. Down with the warmongers on both sides of the border! End the genocide!’
LIEBKNECHT in 1916

‘Liebknecht’s call was not in vain. It encouraged the opposition forces against the war. On board the cruisers, destroyers, torpedo boats and other units a whispering campaign went on among the sailors, and now and then acclamations-‘Long live Liebknecht!’

ESF coming to London: a show of solidarity

Are we divided by generation? 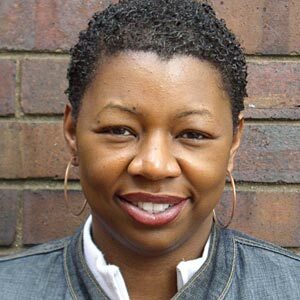