Key into rage at capitalism

SOCIALIST Worker editor Chris Harman opened the conference with a session on the ‘New World Disorder’. He argued that the starting point for socialists is the huge political and economic instability across the globe. ‘People should cast their minds back ten years to the euphoria of the ruling class at the time of the fall of the Berlin Wall,’ Chris said.

‘Then we were told that history had ended and that socialism was dead. But what happened to the economic miracle they predicted? Russia has suffered a worse slump than that which hit Western capitalism in the 1930s. In Eastern Europe the picture is the same. Far from the end of history, we have seen a succession of wars and civil wars. This economic and political instability has opened up political questioning on a massive scale.

‘Questions which used to be seen as marginal, such as the environment, are now central. At the end of this century capitalism is degrading the environment so much it raises the question of the very survival of humanity. But there is a huge contrast between this instability and the ideology of our rulers. Gordon Brown says the British economy is booming. But the British economy depends on the US boom. This in turn rests on the enormous increase in the exploitation of US workers. That puts European capitalism under pressure to tighten control over the working class. That is what Blair’s talk of flexibility, round the clock working and welfare reform is about.

‘The boom also depends on US capitalism getting its way internationally. It uses the trickery of the International Monetary Fund, the World Trade Organisation and the Pentagon in its attempt to prove the US’s global dominance. That is also why it went to war against Yugoslavia. NATO is the debt collector for the IMF. But at the same time the US doesn’t have the power it used to have. Neither can the US boom last forever – the bubble will burst.

‘The result of increased exploitation is an increasing sense of bitterness right across the world. It is vital socialists understand the interconnections between the economic and the political situation, and that the global situation has created an anti-capitalist mood.’

In the discussion every speaker emphasised that the crises in international politics fed into a growing sense that the world is in chaos. A delegate from south London talked about how Russia had responded to NATO’s bombing of the former Yugoslavia with its own war in Chechnya. He said, ‘This is a major war which is adding to the instability in a region where the interests of the Great Powers conflict.’

Rob Hoveman pointed out the contradictory nature of the boom in the US and how it could not last indefinitely. Lindsey German said that NATO’s war in the Balkans demonstrated the brutality of US imperialism, but also pointed out the US’s inability to get everything its own way. She argued that the argument over the war is not yet finished. ‘Revolutionaries should be proud of our stance against the war,’ she said. A lecturer from Manchester spoke about how the Great Powers were redrawing the map after NATO’s war, and that the victims everywhere were ordinary people.

A paper of ideas and organisation

JULIE WATERSON opened a session which stressed the importance of Socialist Worker. ‘The paper not only connects to the anti-capitalist mood, it also provides the framework around which to build a network of people. There is enormous respect for Socialist Worker, even amongst people who do not agree with everything it argues. People see the paper as an important part of the working class movement. But the sales of Socialist Worker are way below what they could be given the mood inside the working class today.’

Julie stressed the need to keep workplace sales up all the time and not only when there is strike action in a particular industry. She also stressed how we need a big campaign to improve the distribution of the paper.

A health worker from Birmingham said that a network of Socialist Worker buyers at work was the key to linking big issues with immediate questions. She said that during the war in the Balkans it had been easy to counterpose the millions found for weapons with lack of NHS funding. She added that during the war some people who bought the paper had disagreed with Socialist Worker’s position. But most had kept buying the paper and either changed their minds or had continued to work with Socialist Worker over other issues.

A delegate who had been involved in a recent council strike told how readers used the paper to organise: ‘One person who buys the paper rang up all those who had been involved in disputes reported by Socialist Worker. He got messages of support from them for our strike. It was a great initiative.’ A postal worker from Yorkshire said he sold about seven copies of Socialist Worker to his workmates every week. A sale done from outside the office had brought new sales inside.

Sean Vernell introduced a discussion on how to increase the readership of Socialist Worker: ‘Socialist Worker tries to do three things. First it analyses and explains the political situation. Secondly it gives a voice to workers’ experience and struggles. Thirdly it asks and answers the question, ‘What is to be done?’ ‘

Sean explained that around each branch there is an audience for Socialist Worker made up of people with different ideas. The paper has to be the bridge linking these people. He stressed the importance of branches organising to increase the local circulation of the paper. Over half the party’s branches had now hit their sales targets.

A delegate from Hackney in east London said that her branch had identified the strengths and weakness of their sales of the paper. They had easily increased the sale by focusing on the distribution of the paper each week to all the SWP members and everyone who the branch knew wanted to buy Socialist Worker. ‘By delivering the paper to these people and talking to them about political issues, we realised they were a tremendous resource who could be the foundation of a much bigger intervention in the local area,’ she said.

Alison from Merseyside reported, ‘Across the branches in the district we have a target for selling 360 papers as a whole. All the branches have hit their individual targets at least once. Toxteth branch has broken through its target by pushing out on all fronts at once – a college sale, a local sale on Saturday and delivering the paper to members.’

ALEX CALLINICOS spoke about how there is political radicalisation and class conflict across Europe. He said, ‘There is a growing rebellion against free market policies, most notably France’s mass strikes and protests of December 1995. This rebellion has led to a swing to the left electorally across Europe. There is a polarisation within the reformist parties as these governments betray people’s hopes. This has led to electoral gains for parties to the left, for example the former East German Communist Party, the PDS, while in France the revolutionary left got 5 percent of the vote in the European elections.

‘The divisions within the reformist camp are part of a growing disillusionment with capitalism. Across Europe things are moving to the left. This provides big opportunities for socialists. This radicalisation is not dependent on the level of class struggle.’ Alex also pointed out that, although the trend is to the left, the far right is still a force. This was shown by the electoral success of Haider in Austria and the far right in Switzerland.

Representatives from the SWP’s sister organisations contributed to the discussion. Denis from France talked about the radicalisation in French society and how we have to be part of the mood and think very big. Panos from Greece said, ‘At the start of the decade Greece was the scene of mass nationalist demonstrations. Now the tide has turned. This year Greece has been the scene of mass internationalist demonstrations.’

Were the 'Communist' regimes socialist? 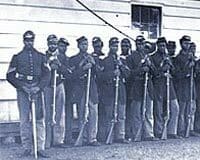