Kinder trespass — how class struggle won the right to ramble 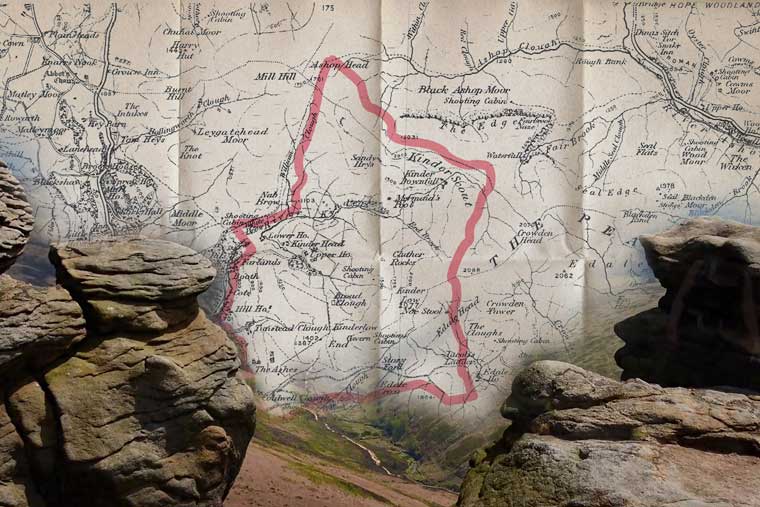 On 24 April 1932, 500 young men and women participated in direct action to reclaim Kinder Scout in Derbyshire for the people. The ­trespass paved the way for legal changes that opened up swathes of land for ordinary people to enjoy, including the 1949 National Parks and Access to the Countryside Act.

At the beginning of the twentieth century workers in the dark mills of the cities in northern England looked ­longingly at the beauty of the rolling moors.  But because of the Enclosures Acts of the eighteenth and nineteenth centuries, moorland and mountains, previously common land, had been acquired by landowners.

The landowners employed burley, stick-wielding gamekeepers to patrol their estates and ramblers without a permit were forcibly evicted. The events of 24 April 1932 were the spark that ignited the campaign for ordinary people to have the right to access our moors, hills and dales. The prime mover of the trespass was twenty year old Bernard (Benny) Rothman, a Manchester Jewish Communist, tiny in stature and a fiery soapbox orator.

In the summer of 1925 Rothman had acquired a bicycle, made from spare parts and began to discover the countryside. Three years later he was working as a motor trade apprentice in Deansgate, Manchester when he was invited to go along to the debates held on Sunday nights in the Clarion Cafe.  Rothman quickly joined the Clarion Cycling Club and then the Young Communist League (YCL) and its associated body, the British Workers ­Sports Federation (BWSF).

The BWSF regularly organised ­weekend camps in Derbyshire, ­attracting Manchester’s poor and unemployed. And it was an event at one of these camps which sparked the idea for a mass trespass.

Some of the London section of the BWSF were at a camp at Rowarth, Derbyshire and went for a ramble on Bleaklow in the Peak District. At Yellowslacks Brook this group of predominantly young people, led by Rothman, were threatened by a group of keepers.

He later said, “It was not unusual for ramblers to get very badly beaten by them, and of course, if you were ­working class there was no redress. Back at the camp we decided that if instead of six or seven, there’d been forty or fifty of us, they wouldn’t have been able to do it.

The area of the Peak District chosen for the trespass, Kinder Scout, was lousy farming land but was used for grazing sheep and holding grouse for the local landlords.

These rich men rarely went ­shooting, and Kinder Scout was only used for this purpose for a few days during the year. The rest of the time, the land was deserted, but walkers were not allowed. The BWSF demanded one simple change—the landowners should open up Kinder Scout, allowing ramblers to walk upon it when the land was not in use. At the time only one percent of the Peak District’s 150,000 acres embraced public access. There were only twelve legal paths to choose from.

It is estimated that by 1932 fifteen thousand working class ramblers from Manchester headed to the Peak District every Sunday. Legal paths became crowded, and many walkers would sneak off to somewhere quieter. For Rothman and his comrades ­walking onto private land risked confrontation with the gamekeepers. But many working class ramblers were angry that doing this would lead to intimidation.

They argued it was wrong that anyone should claim hills and mountains as ­private property. So socialists advocated for trespass. When news of the trespass came out and the campaign started, the official rambling associations rushed to complain. The Manchester District Ramblers Federation stated it would have “no part in the events”. With Dukes and Earls among their patrons, these official federations represented a different class entirely from the young people associated with the BWSF.

On the day of the trespass 500 ­ramblers, mostly from Manchester, took part. The police were called in, and private gamekeepers were present to stop it from happening. Hayfield Parish Council had already taken steps to prohibit the meeting by displaying special notices of by-laws, one of which prohibited such public meetings.

On the day of the trespass, the BWSF changed their plans at the last minute, and the 500 ramblers instead assembled in a quarry. Before the march headed off towards Kinder Scout the crowd sang the “Red Flag” and the communist anthem, “the Internationale”. Two-thirds of the way to the top of Kinder Scout the walkers encountered a gang of gamekeepers and a scuffle broke out. The keepers had sticks whilst the ramblers fought with their bare hands. The keepers eventually fled.

The demonstration moved on. On Snake Path the Manchester ­walkers were met by a BWSF contingent of about thirty from Sheffield who had marched from the village of Hope. They welcomed each other and then walked to Ashop Head where a victory meeting was held. 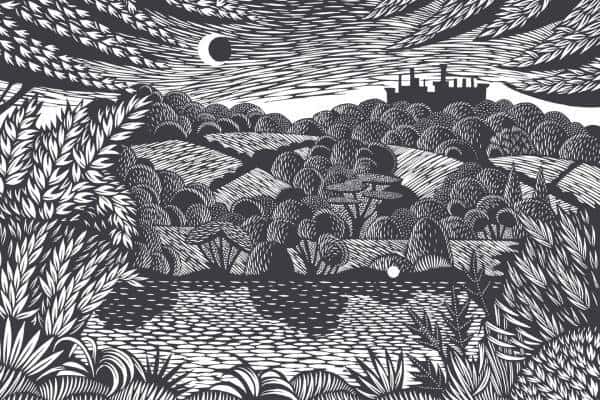 One of the gamekeepers had ­apparently fallen and sprained his ankle during the scuffle on the slopes of Kinder. He had informed the police and on their return to Hayfield, the demonstrators were then met by one-third of the Derbyshire constabulary. Many of the trespassers noted that the police seemed to be under orders to pick out foreign looking faces and people with Jewish sounding names. Six of the trespassers, including Rothman, were arrested and charged with public order offences and riotous assembly, but not with trespass.

The trial was a joke. Only two of the ramblers were represented by a lawyer. The jury included two Brigadier Generals, three Colonels, two Majors and three Captains.  Altogether 11 ­members of the jury were sympathetic to the landowning class. At the trial Rothman conducted his own defence and used his time in the dock to rage against the idea that the countryside was only the playground of the rich. “We ramblers, after a hard week’s work in the smoky towns and cities, go out rambling for relaxation, a breath of fresh air and a little sunshine.” He told the court. “But we find that when we go out that the finest rambling country is closed to us, just because certain individuals wish to shoot for about ten days of the year.”

Five out of the six accused were found guilty and sentenced to between two and six months in jail. The severity of the sentences united the ramblers’ cause. Even the official ramblers’ ­federation, which had opposed the trespass, was appalled by the sentences.

During the weeks of the trial, ­thousands of walkers illegally visited the route of the trespass. The arrests and subsequent imprisonment unleashed a massive wave of sympathy for the cause. Later in 1932 10,000 ramblers ­assembled at Winnats Pass near Castleton in the Peak District. It was the largest rambler’s demonstration in ­history. Further trespasses took place on the Duke of Norfolk’s estate.

The campaign continued in many forms until the pressure became so great that legislation was passed, which furthered the cause for the right to roam. Kinder Scout today is as popular as ever and is visited by those looking for an escape from their working lives. Its history shows that it wasn’t handed to us. We have the right to walk there because of a class struggle.

‘Only around 7 percent of the countryside is open today’

Keith Warrender has published several books about the Kinder Scout trespass. In his latest book Forbidden Kinder—The 1932 mass trespass revisited, Keith takes an in-depth look into the trespass and the lives of the trespassers. He spoke to Socialist Worker about his new book.

Can you tell us more about Forbidden Kinder and what it reveals about this important event in working class history?

In preparation for the 19th anniversary of the Kinder Scout trespass, I spent two years researching. By tracking down the descendants of those who took part, I established more about those involved in the trespass.

One important thing I found about the trespassers was they were all avid walkers who went rambling and camping all the time. This went against how the mainstream and respectable rambling associations presented them.

The working class trespassers were just as dedicated as those in mainstream rambling associations. Many of those who took part even chose to have their ashes scattered on Kinder Scout when they died.

Why is this history still relevant today?

The issue of trespass is still very relevant today. As it stands only about 7 or 8 percent of the countryside is open to walkers despite the Countryside and Rights of Way Act of 2000, which extended the right to roam.

The fight to open up our countryside is far from over. The trespass reinvigorated the right to roam campaign and united different sections of the movement together.

The mainstream rambling organisations didn’t initially back the trespass, but they realised that the Kinder Scout trespass had been the spark and that they should act together. The trespass also united ramblers in the north and south of the country, who had previously not fought together in a significant way.

I also think that the trespass also made it clear that taking direct action could work to change things. The trespassers taking matters into their own hands swayed public opinion. I even think that larger protests may have had the power to push parliament to make even more reforms.

Why should the right to roam, walk and ramble in the countryside be an essential issue for working class people?

The generation that took part in the trespass were told that they should fight in wars for their country, but weren’t allowed back on the land. People then and now are fighting against the idea that the privileged few are the only ones who get to enjoy the countryside. Instead, it should be open to all.

During the pandemic we saw tens of thousands of people attend national parks. For so many having access to the countryside provides us with an escape from our working lives and is vital for our mental wellbeing. 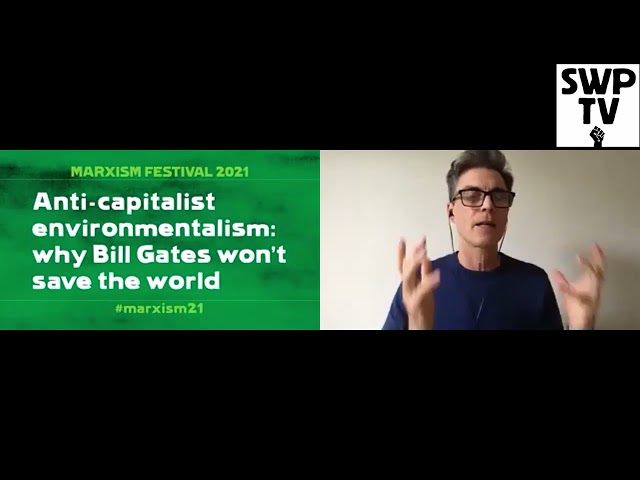