This article is over 18 years, 11 months old
Helen Shooter went to Salford in Manchester to talk to refugees and find out what their lives are really like.
Downloading PDF. Please wait...
Saturday 08 February 2003

‘I fled Saddam Hussein’s Iraq. Here I used to get £37 a week. Now even that has stopped. I’m a teacher. Why can’t I teach here?’

That is how Iraqi refugee Aso sums up his plight. Yet read papers like the Sun or the Express and you would think that asylum seekers are scroungers who are showered with housing and help. The media and many politicians try to turn refugees into ‘non-persons’, a faceless, threatening, parasitical horde.

‘Everyone knows the real situation in Iraq. The British government say this is such an evil regime that it is necessary to go to war. On the other hand, they say it is safe for Iraqis who have fled persecution to return. We are targeted both ways.

Two months ago the British government issued me with a letter saying I had to leave this country. I have no right to appeal. They have stopped my benefits. I was living on £37 a week in vouchers. It was hardly enough. Now I have nothing.

I’m homeless and without any money. If my friend hadn’t let me stay with him then I’d be on the streets in freezing weather. I was a teacher of history in Iraq. I wish I could teach here. I know that teachers are needed here. There is a shortage of doctors too.

My friend is a trained doctor. But he does not have a work permit. The government talks about a refugee problem. This wasn’t created in Britain. It will not be sorted out by making it harder for people to flee persecution.

Most of us are victims of dictatorships and oppression. I miss my family, my friends. One day I want to go back when the problems are sorted out. We refugees are looked at as different creatures. We know the media and politicians are trying to agitate people against us. I know the horrible things the Sun says and the coupon they ask people to sign for us to be sent back.

Why are these people trying to make British people racist against us? Why do they use their training to cause hysteria amongst people? ‘Don’t go out’, they say. ‘Asylum seekers could rob you. They are terrorists.’

But we are victims of terrorists. I left a terror regime. I left Iraq because of threats to my life for things I have written and said. I called my family. They are worried about what Saddam Hussein will do against the Kurds if there is a war. They are ready to flee to the mountains. I think war on Iraq will make things worse. I want change in Iraq, but not this way-not by war.

There are a lot of problems in Britain-social spending, transport is very bad, people are poor. All this is down to a few people fleeing persecution? Because the government used to pay me £37 a week, is that the real problem?’

‘I know not everyone is a racist’

Saeed is from Iraq

He has emergency leave to remain temporarily in Britain. ‘Sometimes you get abuse from people when you are going round. Two weeks ago some teenagers attacked my friend. It really scared him. I don’t think all English people are racist. But when people watch TV, read newspapers like the Sun or Daily Express, they see all that racism. I have noticed it more and more. They are linking us with terrorism.’

Baryalai Hashimi, an Afghan refugee, added, ‘We get abuse on the streets. Some teenagers call us ‘fucking Pakis’. How do I explain I am not even from Pakistan?’

Jalander Rohani, also from Afghanistan, points to the stain on the wall where an egg and beer bottles were thrown through the window by a gang of teenagers. ‘There were two small children inside at the time,’ he said. ‘I know there are problems in this area for everyone. But we are not here for a holiday. It was a very bad situation in our lives that made us leave.’

Long way from a ‘life of luxury’

Ardian, aged 22, is from Albania

He has been living in accommodation provided by the government’s National Asylum Support Service for over two years. It is not a ‘luxury hotel’. The boiler broke down on New Year’s Eve and has not been fixed since.

That means there is no heating in this bitter weather. ‘I sleep in my clothes,’ says Ardian. Water has been pouring through the kitchen ceiling. ‘We haven’t used the kitchen for weeks because we were afraid of getting an electric shock,’ says Ardian. He gets £29.89 a week to live on.

‘I can do plastering. I wish I could be somebody here, somebody useful. Instead I waste years in this building.’

Sanctuary from the violence of Afghanistan

Mohammed Akram is from Afghanistan

Mohammed Akram’s youngest daughter, Melissa, was born in Salford. His other daughters, born in Afghanistan, now go to school locally and have made friends. The eldest, Nadia, is studying to be a nurse.

She is marrying Mohammed Hoshang, who fled a Taliban attack on his town of Mazar-e-Sharif in Afghanistan when he was 15 years old. He has not heard from his mother, father, four sisters and three brothers since that night.

He has leave to remain for four years and a work permit. He works seven nights a week delivering food for a Chinese restaurant and a pizza takeaway. 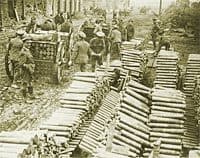