Land and Labour: for a sustainable solution to the ecological crises

One of the most surprising things about the modern British landscape is just how little of it is natural. For example, the Norfolk Broads have long been a destination for tourists to experience nature.

But in the 1960s archaeologists found that the hundreds of square kilometres of waterways that make up the Broads are not natural at all. They are the result of enormous peat excavations which flooded in Medieval times.

High moors such as the Pennines were covered in woodland until they were cleared for farmland and villages in the Bronze and Iron Ages. Because Marxists often talk about the potential people have to modify the world and shape their own existence, Marxism is often caricatured as simply being about economic growth.

It is dismissed as disregarding the impact upon the natural world through a desire to simply develop productive forces. In the Soviet Union nature was something to be utilised, but this was driven by cut throat competition with capitalist economies in the West, not by Marxism.

Karl Marx and Frederick Engels developed a far more nuanced understanding of the way that human society interacts with nature. They began by locating humans as part of nature, but also understanding that what makes us human is our ability to labour and shape nature.

For Marx, far from a socialist society further destroying the environment, it would heal the “metabolic rift” between human society and nature that had developed with the rise of capitalism. Under capitalism we are alienated from the natural world, trapped in a system where production is driven irrationally for profit.

This Marxist approach to an ecological understanding of our society comes out clearly when we look at Marx and Engels’ approach to historical change. Looking at the struggles of the past can also show us how a sustainable society can be built after the revolutionary overthrow of capitalism.

Speaking at Karl Marx’s funeral, Engels summed up the core ideas of his friend’s ideas. He noted the “iron law of development of human history” that “mankind must first of all eat, drink, have shelter and clothing, before it can pursue politics, science, art, religion”.

In other words, before humans can do anything else, they must have the basic necessities of life. They do this through an interaction with the natural world that they themselves are part of.

Precisely how humans have organised to do this has varied enormously throughout history. Today for the first time in human history the majority of people live in urban areas which can make the natural world can seem remote.

For the majority of human history our ancestors have had to shape nature directly—gathering food, hunting animals, clearing trees to plant crops, or damming rivers for irrigation.

Even the earliest human societies could fundamentally alter the local environment. At the end of the last ice age the humans who arrived in North America set about hunting mammoths and mastodons, killing enough of them to cause a “megafauna” extinction.

But Marx’s insight was far more than simply acknowledging that humans interact with the natural world. He understood that the particular way human’s organised production helped to determine the type of society that they lived in.

Thus hunter-gatherers needed to live in small groups. Their nomadic life meant small numbers and few possessions. This was how people lived for much of our history. Such societies were egalitarian, and hunter-gatherer communities are marked by a much larger degree of equality between men and women.

But as human society changed, our relationship with the natural world changed. When humans developed agriculture, it became possible for class societies to arise. This “Neolithic Revolution” meant that for the first time in history not everyone had to be involved in producing food.

Agriculture meant that a surplus could be created to support others who don’t work in the fields. Over time those who controlled the surplus formed a ruling class. Thus the changing relationship of humans with nature, through the development of agriculture, changed the relationships between people.

These societies were now based on exploitation of one group of people by another. Why did people shift into what were more oppressive societies? One reason is the greater control over nature. People who can store food are not as exposed to the threat of famine.

The development of agriculture and the rise of class society also transformed relationships between the sexes. For instance, in some societies men were more likely to drive ploughs, as the early instruments needed large physical strength.

It is difficult and dangerous to plough while caring for young children. Control of the means of producing food was one factor that helped push women into subordinate roles.

Because society developed in different ways around the globe, different forms of social organisation co-existed. When these societies encountered each other, there was often an enormous clash between different attitudes towards the natural world.

In New England the Native American population had, over centuries, developed a complex ecology. They burned woodland to encourage animals like deer and birds, or to clear areas for the shifting cultivation they practised.

The colonists arrived in the “New World” and assumed that the resultant “patchwork” of woods was the natural countryside. Coming from a society dominated by the exchange of goods as commodities, these colonists could only interpret what they saw in terms of its value.

To the colonists, the natives were lazy, because they didn’t farm like Europeans and as a result had no right to the lands they used. The lawyer John Winthrop remarked “they enclose no land, neither have any settled habitation, nor any tame cattle to improve the land by, and so have no other but a Natural Right to those Countries.”

He and other colonists felt justified in driving off, excluding and killing the natives.

The development of capitalism accelerated this process. In England, one part of the revolution that achieved this involved the poorest fighting to defend what they had lost to large landowners. But once the new capitalist order was in control it had little interest in protecting those at the bottom of society.

In the countryside it transformed society through the destruction of old forms of agriculture. The peasantry were driven from the land through the enclosures.

The Marxist historian EP Thompson points out that “enclosure destroyed the scratch-as-scratch-can subsistence economy of the poor. The cottager without legal proof of rights was rarely compensated.”

Many of those forced from the land ended up working as wage-labour in factories, or other people’s farms. Small farms were replaced with sheep walks. Forests vanished and colonies were sucked dry of resources. This was on a substantially different scale to previous societies. Under capitalism production is in the interest of profit.

The competitive accumulation at the heart of the system means, as Marx wrote, “nature becomes purely an object for humankind, purely a matter of utility; ceases to be recognized as a power for itself; and the theoretical discovery of its autonomous laws appears merely as a ruse so as to subjugate it under human needs, whether as an object of consumption or as a means of production.”

This irrational approach to the natural world lies at the heart of the capitalist environmental crisis. Other human societies have  faced environmental disaster.

Whether they survived often depended on whether or not they were able to change. Between 800 and 1000 AD, the Maya civilisation in South America experienced an enormous drought. Some cities were abandoned, but others thrived.

Those that survived did so because they were able to transform their political and economic systems to deal with the crisis.

We need to learn these historical lessons. In order to avoid environmental catastrophe we have to transform our society. A socialist society, based on the rational organisation of production, can heal the “rift” that has developed between human society and the natural world.

It will understand, as Marx pointed out, that we are not the owners of the earth, but must “bequeath it in an improved state to succeeding generations”. 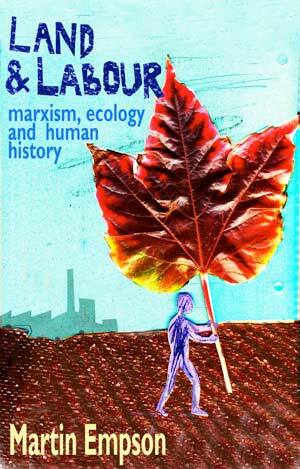 Drawing on a Marxist understanding of history, Martin Empson grapples with the contradictory potential of our relationship with the environment. He shows that human action is key, both to the destruction of nature and to the possibility of a sustainable solution to the ecological crises of the 21st century.

“Engaging, comprehensive and very well-written, it’s an important contribution to the field of Marxist ecology.” Simon Butler, co-author Too Many People?

“Essential reading for everyone who wants to know how we got into this mess—and how we can get out of it.” Ian Angus, editor Climate & Capitalism

Melting and methane could speed up climate change 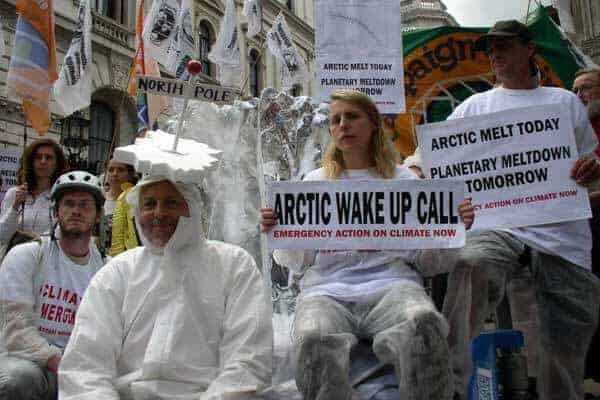 After typhoon Haiyan - capitalism and the climate