This article is over 12 years, 3 months old
Lenin’s contribution to the way socialists organise is as relevant to today as it ever has been. Ian Birchall examines Lenin’s legacy, and its practical merits and implications
Downloading PDF. Please wait...
Tuesday 20 October 2009

Whether supporting the post workers, trying to stop the fascists, or campaigning to end the war in Afghanistan, people may well encounter members of the Socialist Workers Party (SWP), intervening in and assisting these struggles.

They may also meet people who warn them against having anything to do with the SWP. Among other things, they will be told it is a “Leninist organisation”.

But Leninist organisations have played an important role in the history of working class struggle.

In October 1917, Russian workers overthrew the capitalist system that for generations had brought them poverty, oppression and war. In so doing they awakened the hopes of workers around the world.

For ten years there were echoes of 1917 as the oppressed and exploited in other lands tried to follow the Russian example. It was the nearest the world has come to establishing a socialist alternative.

Vladimir Lenin (1870-1924) played a crucial role in the Russian Revolution. Modern historians want to write the real Lenin out of history, to present him as a bloodthirsty tyrant who imposed his will on his party and prepared the way for Joseph Stalin.

The real Lenin was a rather different figure. True, he was very single-minded and maybe not the ideal companion for a fun night out. But his single-mindedness came from his deep commitment to changing the world – to destroying the “filthy hell” which capitalism had created on this planet.

One word sums up Lenin’s main contribution to Marxism – organisation.

Lenin’s enemies and some of his supporters talk about something called “the Leninist party”. This is a misleading simplification.

The type of party that Lenin advocated varied enormously over the years, according to circumstances. In times of isolation and repression he wanted a “stable, centralised, militant organisation of revolutionaries”.

In times of mass struggle he wanted a much broader party, open to all who wanted to fight.

But at all times Lenin wanted a strong party organisation. He asked why bourgeois ideas dominated in society, and replied, “For the simple reason that bourgeois (capitalist) ideology is far older in origin than socialist ideology, that it is more developed, and that it has at its disposal immeasurably more means of dissemination.”

Lenin was writing long before the rise of television and the Murdoch press. Today we are constantly bombarded with myths and lies defending the existing order. Ideas that challenge their consensus are marginalised and derided.

Of course, individual workplace militants, writers and broadcasters may present an alternative. But they would be much more powerful if united in a collective, encouraging each other’s efforts and learning from each other.

Lenin insisted that a party must be disciplined. Many people are put off by this, having had quite enough of “discipline” at school or in the workplace. But without discipline even the simplest forms of organisation are impossible. There’s no point having a picket line if everybody turns up whenever they feel like it.

Imagine a peaceful demonstration is attacked by the police. Some demonstrators throw stones, others hold their ground while another group decides on a tactical retreat. The result is a shambles with lots of arrests.

Even worse, no overall tactical lessons can be learned. Each group will claim that if everyone had acted as they did then things would have turned out fine. None of them can ever prove it.

A disciplined march could have had a coherent, unanimous response. If those leading the demonstration got it wrong, they could be held to account later. But without discipline there is no possibility of putting a policy to the test in the real world.

The value of Lenin’s insistence on party-building was demonstrated in 1917. The February revolution erupted spontaneously, but Lenin’s Bolshevik Party was able to respond to it. It had about 25,000 members – experienced activists who were able to recruit rapidly.

In July a huge demonstration of workers in Petrograd demanded that the soviets – workers’ councils – should take power immediately. The Bolsheviks argued that more time was necessary before the majority of workers were ready. Because they were well‑rooted in the working class, they could prevent a premature rising.

In October the Bolsheviks ensured that the seizure of power took place in a well‑organised fashion, and, in Petrograd at least, with very few casualties.

Victor Serge, a former anarchist who came to Russia in 1919, was very impressed by the way the Bolsheviks operated. He wrote, “The party is the nervous system of the working class, its brain.”

Contrast the situation in Germany. Here there was a much bigger and stronger working class, but the Communist Party was only formed after the revolutionary process had started.

Its leadership was unstable, with constant changes of personnel. It lurched from right to left and back over the years from 1919 to 1923, and vital opportunities were lost.

Many claim that the Russian Revolution led inevitably to the horrors of Stalin. This is a lazy approach to history, an attempt to find a one-sentence explanation for a complex historical process.

And it fails to explain why Stalin murdered most of the best militants who had built the Bolshevik Party in the years before 1917.

Even the best parties make mistakes. In February 1917 women textile workers went on strike. When they asked the advice of the Bolshevik Party they were told to go back to work.

Very wisely they ignored the Bolsheviks and within weeks the strike had spread and the Tsar was overthrown.

That is why democracy is essential. In 1917 Lenin found himself in a minority in his party, and had to fight like a tiger to change its strategy.

As fellow revolutionary Leon Trotsky recalled, the Bolshevik Party was highly democratic. “Freedom of criticism and intellectual struggle was an irrevocable content of the party democracy,” he wrote.

“How could a genuinely revolutionary organisation, setting itself the task of overthrowing the world and uniting under its banner the most audacious iconoclasts, fighters and insurgents, live and develop without intellectual conflicts, without groupings and temporary factional formations?”

But the party was only a means to an end. Lenin never forgot the socialist goal. His greatest work, State and Revolution, was written on the eve of the October Revolution.

Opponents of socialism – and all too many of its supporters – have often identified socialism with state ownership. Lenin challenged this vigorously. He argued that in a society divided into classes, the state is “an organ for the oppression of one class by another”.

“So long as the state exists there is no freedom,” he said. “When there is freedom, there will be no state.”

Lenin agreed with Marx that “the emancipation of the working class must be the act of the workers themselves.” The party does not substitute itself for mass action, but aims to encourage it.

After taking power, Lenin wrote that the revolution must “develop this independent initiative of the workers.

“We must break the old, absurd, savage, despicable and disgusting prejudice that only the so-called ‘upper classes’, only the rich, and those who have gone through the school of the rich, are capable of administering the state and directing the organisational development of socialist society.”

As Tony Cliff, the founder of the SWP, wrote, “One can visualise three kinds of leadership, that we shall call those of the teacher, the foreman and the companion in struggle.

“The third kind of leadership is analogous to that between a strike committee and the workers on strike, or a shop steward and his mates.

“The revolutionary party must conduct a dialogue with the workers outside it. The party, in consequence, should not invent tactics out of thin air, but put as its first duty to learn from the experience of the mass movement and then generalise from it.”

Being a member of a party gives a much broader view of how the struggle is progressing. As the German poet Bertolt Brecht wrote, “The individual has two eyes, the party has a thousand eyes.”

The SWP is not perfect. We’ve made many mistakes. But you need us, so that you can participate in a collective, debate over strategy and then put it to the test. And we need you, your ideas, your enthusiasm – and your criticisms. Why not join us?

All these titles and many others by Lenin are available from Bookmarks, the socialist bookshop. Phone 020 7637 1848 or go to » www.bookmarksbookshop.co.uk

Phillip Knightley: 'They know the bombing of Afghanistan is difficult to sell' 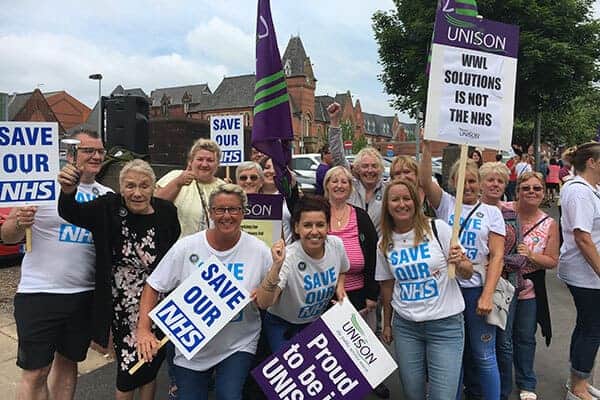