This article is over 18 years, 8 months old
Steel workers are thrown on the dole while people around the world desperately need the steel they could be producing. This is the logic of the capitalist system, argues Charlie Kimber
Downloading PDF. Please wait...
Saturday 10 May 2003

ALAN MILLER, a steelworker at the Stocksbridge plant in South Yorkshire, was sickened by the news last week of massive job cuts at the plant. Bosses of the Corus steel firm decreed that 1,150 jobs are to go across Britain – including hundreds at Stocksbridge. This was part of their ‘restructuring’ plan to boost profits.

As news of the jobs cull broke, the company’s share price rose just as it had done two years earlier when management slashed 6,000 jobs. There was no cheering in Alan Miller’s house. ‘Me, my wife and our three children are all panicking, waiting to find out if I have a job or not. I’ve cancelled the summer holiday abroad and I’m terrified of whether I can afford the mortgage and the car loan if I’m finished,’ Alan told Socialist Worker.

But the Corus announcement was also bad news for Derartu Wami and her three children. They live 4,000 miles away from Stocksbridge, in a village near Mega in southern Ethiopia. They farm a small patch of land that has been hit repeatedly by drought. The children are never free from illnesses and disease, always hungry, always listless.

The Wami family need more money, more land, more health and education facilities. But they also need more steel. They need it for hoes and ploughs and water purifiers and stoves and cooking utensils and buses and house building and a hundred other uses.

The logic of the Corus job cuts is that there is too much steel in the world. There is, says management, not enough demand to meet production and so production must fall. In truth the world is crying out for steel. But the poor of Ethiopia cannot afford to pay a price that will fund the shareholders’ dividends and the executives’ bonuses.

And incredibly the export price of steel to Africa has been consistently between 15 percent and 25 percent higher than the price the big steel firms charge in Europe. So Derartu’s family, and millions like them, must go without products that could play a crucial role in halting the march of hunger across Africa. What sort of world is it where steel plants are closed and their workers’ lives wrecked while Oxfam has to launch a desperate appeal to get enough bicycles for cholera education workers in southern Africa?

Our television screens have not been dominated by starving African children recently. But terrible food shortages are hitting tens of millions of people. According to international agencies, around 200 million people in Africa are malnourished and 50 million are severely affected by drought. Some will die of starvation. Many others will eke out an existence on the edge of death, vulnerable to starvation.

The poor in whole regions of Malawi, Zambia, Ethiopia, Eritrea, Mauritania, and Zimbabwe are being slowly strangled by lack of food. They have been choked by the austerity programmes of the IMF and World Bank. These have led to cuts in food subsidies, pressure to tear up maize and cassava in order to grow crops like tobacco which can be used to sell for foreign currency.

In a final bitter twist food stocks were sold off even as the drought hit in order to repay debt. Now the political leaders who pose as liberators in Iraq turn their back on the agony of these African countries.

Capitalism does not just ignore the short-term emergencies of drought and crop failure in Africa. It also distorts the whole way resources are used. Capitalism’s god is profit and the racking-up of ever more profit to fund the means to produce more profit. What is ‘useful’ or ‘needed’ is secondary.

Derartu Wami and Alan Miller may seem to have nothing in common. But they have similar hopes and fears for their children and their future. And both their lives are shaped by the bosses of Corus and other big firms.

Why can’t Alan make the steel that would transform Derartu’s life? And that prompts a bigger question: why can’t Alan and Derartu and the billions like them begin to discuss how to plan the best use of the world’s resources?

They could decide how to put everyone to work making useful products in ways that did not damage the environment. They could push aside the parasite managers and bankers, the braying share traders and the do-nothing consultants and analysts.

They could weigh up the fact that for much less than the price of a Stealth bomber you could tackle the education crisis in ten of the world’s poorest countries and get five million children into school. Nobody is suggesting that simply dumping vast amounts of steel in Africa could end hunger.

The most critical issues are the sheer poverty that mean people cannot buy the food which is available, and the grossly unequal distribution of land. But a sensible agricultural policy would mean using great quantities of steel and steel products.

Hoes are still used for much of the agricultural work in Africa. But many hoes and other small tools are of very poor quality and break after a few weeks. In an effort to get a longer-lasting hoe, peasants often buy excessively heavy or large tools. This means even harder work for women, who do most of the hoeing.

If good quality steels were freely available then peasants could have longer lasting, more effective and lighter tools.

Steel ploughs (or ploughs partly made of steel) are a great improvement on the wooden ploughs that are still used in much of Africa. One Ethiopian study showed that heavy clay soils which could not be worked with wooden ploughs became fertile when steel was used. Around 40 percent of arable land goes unused in Africa. Better tools and ploughs could bring that land into use.

The longer term transformation of Africa would require much greater use of tractors and other motorised tools. At present 85 percent of Africa’s ploughing is done by hand. Another 10 percent is tilled by using animals. Only about 4 percent of Africa’s arable land is ploughed by motorised methods. Extra use of tractors, where appropriate, would greatly increase food output. Elsewhere steel could be used in lightweight donkey-drawn ploughs and cultivators, which are a huge improvement on hand hoeing. At present these are widely used in only a few parts of Africa.

Across Africa between 8 percent and 25 percent of the total crop harvested is lost due to poor storage conditions. Structural steel could be an important component in building a vast network of good local food stores so people could keep more of what they grow.

Transport is a key issue in much of Africa. In rural areas the lack of buses intensifies the hardship caused by lack of hospitals and other facilities. And it makes it hard to transport food stocks. One project in Kenya saw a group of women start a local bus service. It enabled them to make better use of clinics and health facilities in the area and health workers could more easily visit them. By travelling, the women were also able to sell any surplus vegetables they grew. Buses and trucks need steel.

African workers have the skills to transform the world for the better. But they often lack the basic raw materials. A study of 10,000 Tanzanian blacksmiths showed they did not really need improved training to produce a vast array of tools, poultry cages, fishing gear and animal traps. They just needed to get more steel

Clean water is a key issue. Every year two million people die because of waterborne diseases. Steel is needed for pumps, for corrugated sheets to collect rainfall and for galvanised storage tanks. 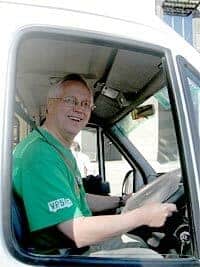 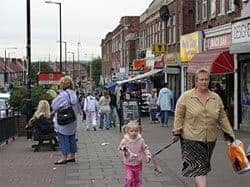 Are poor whites the most oppressed people in Britain?