Mao Zedong and the Chinese Revolution

This article is over 14 years, 5 months old
In the first part of our new series on China Charlie Hore looks at the impact of the Communist Party’s victory
Downloading PDF. Please wait...
Tuesday 14 August 2007

The Chinese Communist Party (CCP) built mass support among China’s peasants during the war against Japan in the 1930s and 1940s.

It organised effective guerrilla resistance, and brought real social change to the villages.

When the Second World War ended in 1945 the US armed the Chinese government against the CCP. So the CCP’s victory in 1949 was a stinging defeat for US imperialism.

The vast majority of Chinese people welcomed the revolution. The Red Armies broke the power of the landlords and moneylenders in the villages, and promised peace and a better life.

But it was not a socialist revolution. When the Red Armies marched into the cities, workers lined the streets to greet them. But they played no part in the victory.

Despite this the early 1950s saw real improvements in the lives of most Chinese.

Land was redistributed and the government brought inflation and unemployment under control. The 1952 marriage law broke the absolute power of husbands over women’s lives.

The CCP’s plans were more ambitious, however. It wanted to turn China into an industrial power capable of competing on the world economy with the West.

The elimination of landlords and other parasites allowed it to better exploit the peasants to accumulate the capital it needed for this.

The process drew together a ruling class of officials, factory managers and army chiefs, linked by the CCP machine.

Accumulation was to be the central goal of the economy. Meeting basic human needs came second.

Despite the economic recovery, China remained desperately poor. There was a huge gap between the CCP’s ambitions and the material resources available for reconstruction.

Mao’s solution to this was “voluntarism” – to replace missing capital and material resources with hard work.

In 1957 peasants were herded into massive “People’s Communes” of up to 30,000 people, and Mao announced the start of the “Great Leap Forward”.

Peasants were made to work round the clock. Unrealistic targets were set, which local officials lied about, leading to even more overambitious targets.

This degenerated into one of the worst man-made famines ever seen in China.

By 1961, some 30 million people had died of hunger. Tens of millions were reduced to eating grass, leaves or tree-bark.

The “Great Leap” cost a decade of economic growth. As the chaos and destruction became obvious, most of the ruling class turned against Mao.

They took away most of his powers and began slowly rebuilding the economy.

While they could undo some of the damage, they had no long term alternative to Mao’s campaigns.

In 1965 Mao launched the Cultural Revolution, to remove his opponents from power and kick-start another spurt of growth.

His enemies fell quickly, but China’s cities descended into violent chaos. Many people initially welcomed the Cultural Revolution, as it allowed them to hit back at hated authority figures.

This was particularly true of students and school students, who made up most of Mao’s “Red Guards”.

Workers used the chaos to launch successful strikes for better pay. But as rival Red Guard groups blossomed, their clashes became more violent. By 1967 parts of China were spiralling towards civil war.

Mao sent the army into the cities, disbanded the Red Guard groups and sent people to the countryside “to learn from the peasants”.

The government didn’t completely regain control until 1971, by which point its economic strategy was in tatters.

For four years not one student had graduated, and Chinese science and technology had gone backwards.

It was now obvious that it was impossible for China to catch up to the rest of the world simply by relying on its own efforts.

Equally, the damage done by Mao’s campaigns meant they were no longer viable as a strategy.

The world economy was starting to slow down, making competition with the West more acute. China’s rulers could not afford to stand still, but couldn’t agree on how to move forward. 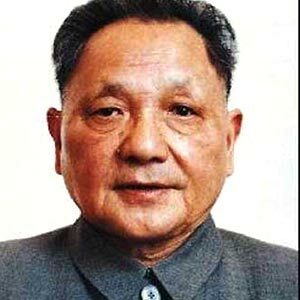 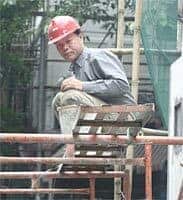 Growth in Chinese inequality leads to rise in protest