This article is over 19 years, 4 months old
The Countryside Alliance will be marching through London on Sunday. March organisers say they are standing up to \"unite rural Britain, for liberty, and for all those whose jobs are based in the country\". In fact those at the centre of the Countryside Alliance and the march represent some of the richest and most reactionary people in Britain. Tory leader Iain Duncan Smith will be there, and Britain's richest landowners are backing the march.
Downloading PDF. Please wait...
Saturday 21 September 2002

The Countryside Alliance will be marching through London on Sunday. March organisers say they are standing up to ‘unite rural Britain, for liberty, and for all those whose jobs are based in the country’. In fact those at the centre of the Countryside Alliance and the march represent some of the richest and most reactionary people in Britain. Tory leader Iain Duncan Smith will be there, and Britain’s richest landowners are backing the march.

Other supporters include the Duke of Westminster. He is worth £4 billion, and pockets a £300,000 a year public subsidy for his farms. Such people hope to exploit the very real poverty and hardship faced by many people in rural areas to push their own agenda. That agenda is simple. It is about defending the hunting and shooting lifestyle, keeping the ‘unwashed masses’ off their land, and maintaining the deep divide between rich and poor in Britain’s countryside.

Some ordinary rural workers may be conned or bullied into marching with Tories and landowners. And a few misguided people who should know better, such as feminist Germaine Greer and former left winger and now New Labour MP Kate Hoey, are backing the march.

There is certainly real poverty in the countryside. Government figures show one in four people in Britain’s rural areas live below the poverty line. Some 1.4 million rural households struggle to cope on less than £10,800 a year. Most of these are workers paid low wages. They are often employed on casual and seasonal contracts, and treated little better than serfs. Older farm workers often live in tied cottages and lose their homes if they fall ill or retire, with no chance of affording anywhere decent to live. Those at the centre of organising Sunday’s march don’t give a damn about such people.

The National Farmers Union is a key force behind the march. It simply handed its entire membership over to the Countryside Alliance. It has resigned from the Agricultural Wages Board, the body which regulates rural wages. The board had recommended a miserly 3 percent rise to take the basic rate for agricultural workers to just £4.91. The deal comes into effect in just over a week’s time. It allows workers to be paid at £4.30 an hour for the first 12 weeks work. It also allows younger farm workers to be paid even less, with 18 year olds on £3.66 an hour and 16 year olds on £2.58 an hour.

Many rural workers are not even covered by the agreement. Those on washing, trimming and packing produce destined for the giant supermarkets like Sainsbury’s and Tesco are often on even lower pay rates. Yet even these poverty levels of pay were too much for the employers, who resigned from the wages board in protest. These hypocrites can’t find money to pay their workers but are happy to stump up the cost of Sunday’s march – well over £1 million.

The Countryside Alliance has tried to give itself a PR makeover and pretend it cares about the real social issues in rural areas. Peter Allenson of the TGWU union, which organises many farm workers, told Socialist Worker, ‘They are hijacking the real rural issues facing people like our members in rural areas.’

The Countryside Alliance was founded by the British Field Sports Society and other hunting organisations. The defence of hunting remains its core aim. The alliance’s claims to care about other issues are paper thin. Last year the alliance complained at the closing down of banks in rural areas hitting pensioners and the poor. One of the biggest culprits was Barclays, which shut 117 rural offices, costing thousands of jobs. The Countryside Alliance forgot to mention that it was a major shareholder in Barclays.

The alliance, during last year’s fuel protests, also said it was speaking up for people in rural areas angry at high fuel prices. It didn’t mention that it has major investments in Shell. The alliance also tried to capitalise on anger over environmental issues such as damage caused by pesticides. It is a shareholder in ICI, a major manufacturer of pesticides.

Countryside Alliance chair John Jackson is a super-rich businessman. He is chair of gambling corporation Ladbrokes, and is on the board of mining and gas multinational Billiton, which has a rotten record across the world.

A key issue at the heart of the crisis facing ordinary people in rural areas is the lack of affordable housing. The rich are buying up and building rural retreats, driving up house prices way beyond the reach of ordinary people. The result in some areas is social cleansing, with the rich creating exclusive enclaves. Children of ordinary people are forced to move away as they cannot afford anywhere to live.

Housing costs for ordinary people are now higher as a proportion of their income in rural areas than in London. The rural rich are organising to stop the poor having affordable homes. They are taking over parish councils to block social housing. Plans for affordable homes have to be approved by parish councils. But ‘they are often dropped because rich newcomers want to prevent all new building,’ reports the Guardian.

Many of the rich have second homes in the countryside as well as luxury city houses and flats. There are now over 300,000 second homes in rural areas. These people only pay half the normal council tax in such homes, a £700 million a year subsidy to the rich. The organisers of Sunday’s march present themselves as the champions of rural areas. The truth is they represent the interests of a bigoted, rich and reactionary rabble. 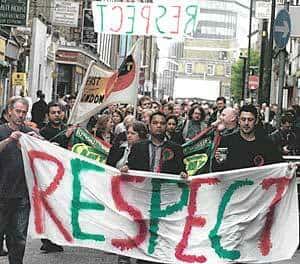 Respect — on the threshold of a historic victory

No to bosses' Europe 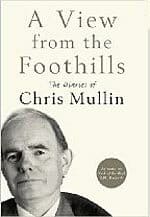 A View From The Foothills: The Diaries of Chris Mullin