Marcia Rigg speaks out: When will there be justice for Sean?

This article is over 10 years, 0 months old
Siân Ruddick spoke to Marcia Rigg in the wake of an inquest jury’s damning verdict into her brother’s death
Downloading PDF. Please wait...
Tuesday 07 August 2012

Sean Rigg died at Brixton Police station in south London on 21 August 2008. He had been arrested while in a state of mental distress.

An inquest last week delivered a damning verdict on the way police action contributed to his death.

The jury found that “the police failed to uphold his basic rights and omitted to deliver the appropriate care”.

“Sean was arrested at 7.40pm and dead by 8.24pm,” Sean’s sister Marcia Rigg told Socialist Worker. His family has been fighting for justice since the day Sean died.

The verdict confirmed what they already believed—that the police’s actions were “unacceptable and inappropriate” and that their restraint of Sean contributed to his death.

Marcia said she was “delighted” with the jury verdict. She said, “The inquest gave us the opportunity to bring the true facts of the evidence into the public domain.”

The atmosphere in the courtroom was electric as the verdict was read out. “We were all wearing our ‘Justice for Sean’ T-shirts,” said Marcia. “People were cheering and clapping and the jury got a standing ovation from everyone in the public gallery

This moment has been a long time coming. Sean’s family members have run their own investigation since the police told them about his death the morning after he died.

The family says the Independent Police Complaints Commission (IPCC) has been a barrier to the process. Marcia said, “Collating the evidence has been difficult. That process has been held back by the IPCC and the Metropolitan Police.

“Me and my family trawled through the evidence. The IPCC didn’t tell us about the bruises on Sean’s back, which were noted in the autopsy.

“Those bruises were there because while the police were restraining Sean on the street PC Richard Glasson was at the top of his back, near his shoulders, restraining him.”

Throughout the inquest the arresting officers and the custody sergeant presented evidence that was inconsistent with previous statements, CCTV and photographic evidence.

In a pre-inquest hearing the family secured an agreement that the police would not hear each other’s evidence. This is unusual in an inquest.

The evidence one officer gave was so questionable that the IPCC has now opened a separate investigation into it. Sergeant Paul White claimed at the inquest to have checked on Sean while he was held in a police van in Brixton police station’s back yard. He described the position Sean was in and said that he was satisfied Sean was not injured.

But CCTV evidence shown at the inquest showed that White stayed inside the police station and made no such visit or checks. He has since admitted that what he said had not been true.

Marcia said, “Their stories just didn’t fit. They told stories to make out that Sean was moving around, that he was constantly violent. But he wasn’t, he was in a face-down restraint position. He collapsed in that position.”

When Sean was losing consciousness in the cage the police officers can be seen on CCTV. Marcia describes their actions as “theatre”.

“It was only then that they opened a custody log. That’s what they do when the person is standing at the desk to be booked into a cell. Sean never even made it to the desk. It was all a show.

“They resorted to procedure to try to cover their tracks. The police went to the hostel where Sean lived, supposedly looking for him, when he was on the floor of the cage losing consciousness.

“They failed to call for an emergency ambulance until 8.33pm. If they’d done that when he was first ill Sean would still be alive. We were never meant to see this evidence, the IPCC and the police never wanted us to see it.”

The campaign for justice for Sean is ongoing. Marcia said, “We’re now asking for there to be a criminal prosecution. The inquest is part of getting justice, but who is going to be made accountable for Sean’s death?

“We also want a full examination of the IPCC investigation to expose the inaccuracies in their work. The inquest has proved them wrong. Are they so incompetent that they didn’t find the evidence? I don’t think so.

“They had boxes of evidence marked ‘unused materials’ that we had to fight to get our legal team permission to see. There was crucial evidence in there. Why was it in a box? We’re going to take the IPCC on and expose them.”

The campaign for justice for Sean has taught Marcia a lot of things that could help other campaigns against deaths in police custody.

“The main thing we’ve learnt is that you have to take things into your hands. It’s not how it should be. When people get the terrible news that their loved one has died in custody they are distraught, it’s not easy to fight.

“The system is against you. But I’ve learnt that you have to get everything in writing, demand to see all the evidence, campaign, march and have a good legal team behind you. But most importantly, you should never give up.”

Sean’s family has received solidarity from others in a similar situation. Julia Tomlinson is the widow of Ian Tomlinson, who died during G20 protests in London in 2009.

She said after Sean’s inquest verdict, “We know the challenges they will have faced in fighting for justice and hope this outcome will pave the way for stronger accountability of police officers over their use of force.”

Sophie Priestley, one of the solicitors working for Ian Tomlinson’s family, spoke at a Defend the Right to Protest meeting on Thursday of last week.

“There is a constant cycle of having to fight every outcome and every decision,” she said. “The prosecution of police officers needs to be a much more regular and common practice.”

Deborah Coles, co-director of Inquest, said, “Sean Rigg was a vulnerable man in need of help and protection and yet he was failed by all those who should have been there to protect him.

“The inquest uncovered a litany of appalling failures by mental health services and the Metropolitan Police, outlined in the damning jury narrative. Time and again we’re told that ‘lessons will be learned’ and yet we see the same poor practice and system failures.”

People across Britain have held meetings in support of Sean Rigg’s family. The RMT rail workers’ union hosted a meeting of hundreds of people.

Black men singled out by police

Over the past ten years 1,433 people have died during or shortly after contact with the police. Not a single officer has been found guilty of murder or manslaughter. Black men are represented disproportionately in death in custody figures.

The families of Kingsley Burrell Brown (see below), Ricky Bishop, Smiley Culture, Leon Patterson and Roger Sylvester are all fighting for justice.

It is the poorest and most vulnerable people in society who are most likely to suffer at the hands of the police.

The purpose of the police is to protect the rich and powerful. They are also used to try and crush resistance. The state is racist and brutal and has the legal monopoly on violence. It is not impartial. It is a tool of oppression.

Whenever working class people organise to fight back—or even congregate in large numbers—they will have to face the police, whose job it is to control us.

But when our resistance is big and well-organised enough, the police cannot beat it. Campaigning for justice can make a difference.

Kingsley Burrell Brown was picked up by police in Birmingham on 27 March last year. He was detained then held in two different mental health institutions for five days despite having no history of mental health problems.

Then Kingsley was dead. His body still hasn’t been released to his family and an IPCC investigation is ongoing.

His sister Kadisha told Socialist Worker, “More than a year on we are still fighting for justice. We haven’t been able to bury Kingsley and still we have no answers.

“We’re calling on everyone to march for justice for Kingsley in Birmingham on 18 August.” For details of the march go to the Justice4Kingsley Facebook page.

It’s been a year since Mark Duggan was surrounded by Metropolitan Police officers in Tottenham, north London, and shot dead.

In an interview Pam Duggan, Mark’s mother, spoke about how she feels about the police. She says they “assassinated” her son “in cold blood”.

“I keep asking why there were 31 police officers surrounding Mark and why he was shot twice,” she said. “They tell me they can’t answer those questions.”

The officers refuse to be interviewed by the Independent Police Complaints Commission since they don’t want to be questioned as suspects.

Marcia Rigg will be speaking at Defend the Right to Protest’s annual conference on 14 October. Go to www.defendtherighttoprotest.org

Movement reaches every part of Britain 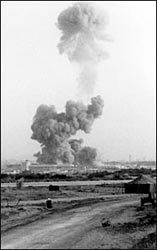 Suicide bombers — their bodies as weapons