Mark Lynas: ‘It’s up to us, not the government’

This article is over 14 years, 10 months old
Mark Lynas’s new book Six Degrees looks at the impact that the projected rise in temperature will have on people’s lives. He spoke to Socialist Worker.
Downloading PDF. Please wait...
Saturday 24 March 2007

‘If you take a step back and look at how the political landscape has changed over the past couple of years you can see how much has been achieved. Climate change was barely mentioned during the last general election. Now it seems to be top of many people’s priority lists.

It ranks with education and defence as an issue that politicians feel they have to address.

All sorts of people – from those on high to my next door neighbours – are discussing how we can reduce the amount of carbon we are responsible for. I guess it’s a bit like getting religion – once you’ve converted there’s no stopping you.

There’s now a lot more awareness in books and in the media. I think that has a lot to do with the campaigns that ordinary people have been involved in.

Now the challenge is to translate that raised awareness into cuts in emissions. But getting tens of thousands of people on the streets doesn’t necessarily translate into a change in the reality.

The government’s climate bill will put Britain in a crucial position internationally, making us the only country so far to set legally binding cuts in emissions. That is a really positive step.

There is disappointment that our demand for annual 3 percent cuts is not going to be implemented – although the five-yearly “carbon budgets” will make sure that greenhouse gas emissions stay on the political front page.

The bill also contains new “enabling powers” that will allow the introduction of personal carbon allowances without any need for new legislation.

In effect, the climate change bill could pave the way for national carbon credit cards, where each of us has an annual allowance.

I think that personal carbon allowances are the way to go.

They are far less intrusive than government attempts to micro-manage every aspect of our daily lives.

All of the suggestions about standby buttons and monitoring car usage wouldn’t be needed because people will have to monitor their own carbon use.

Campaigners should be celebrating, and working to ensure first that the bill is not watered down before it becomes law. It must be fully implemented.

Of course there are weaknesses. It is not enough for Britain alone to reduce its emissions – climate change cannot be solved unilaterally.

And the targets that the government have set are far too low. Even the very low level targets that have been set for 2010 look as though they may be missed.

So we still need to keep campaigning.’

Six Degrees by Mark Lynas is available from Bookmarks, the socialist bookshop. Phone 020 7637 1848 or go to www.bookmarks.uk.com 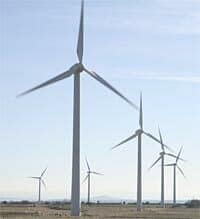