Marxism and the Multitude

This article is over 17 years, 3 months old
Michael Hardt and Antonio Negri’s new book, Multitude: War and Democracy in the Age of Empire, offers a contemporary Marxist account of globalisation and capitalism. But, asks Alex Callinicos, where is the working class?
Downloading PDF. Please wait...
Wednesday 13 October 2004

THE TWO most celebrated books to have come out of the anti-capitalist movement are Naomi Klein’s No Logo and Empire, by Michael Hardt and Antonio Negri. The first brilliantly diagnosed some of the insidious ways in which market capitalism penetrated ever deeper into our lives in the 1990s.

But Empire went a lot further. It offered activists involved in the swelling protests against capitalist globalisation a theoretical language to make sense of their struggle.

Moreover, after a decade in which Marx had been dismissed as a dead dog by the global establishment, Hardt and Negri weren’t afraid of placing themselves within the Marxist tradition. Indeed, Empire famously ended by invoking the “joy of being communist”.

The book had an astonishing impact for a difficult Marxist theoretical treatise. On the eve of the Genoa protests in July 2001, the New York Times called Empire the “Next Big Idea”.

In Italy, the country where the anti-capitalist movement is strongest, Hardt and Negri became the key point of reference for activists, especially those involved in the movement known as the Tute Bianche, or more recently as the Disobbedienti.

Empire was actually written before the Seattle protests of November 1999 that marked the beginning of the present movement—and therefore well before 9/11 and George Bush’s wars in Afghanistan and Iraq.

Such world-historic events represented an important challenge for the theoretical argument that Hardt and Negri advanced in Empire. Their main idea was that economic and political globalisation has produced a mutation in capitalism. “Empire” is the name they give to the result, in which the nation-state is decisively displaced by a new form of power, a decentralised global network.

This claim has been strongly challenged by many Marxist theorists of different backgrounds, particularly since 9/11. Do the conflicts between the US and Britain, on the one hand, and France and Germany, on the other, really indicate that, as Hardt and Negri claimed, national antagonisms are being dissolved in the “smooth space of Empire”?

But perhaps the biggest criticism directed at Empire was that the abstract and metaphorical language it was written in often made it difficult for the reader to grasp what Hardt and Negri were trying to say.

So how far does Multitude go in clarifying both Hardt and Negri’s analysis of the world today, and their strategy for changing it?

The book certainly starts in the right place by addressing the central issue of the day, the global state of war proclaimed by the Bush administration. Hardt and Negri argue that “war is becoming a general phenomenon, global and interminable”.

By this they don’t mean that societies around the world are dissolving into armed conflict—which they certainly aren’t, at least in the advanced capitalist countries—rather the idea that society is at war is increasingly used as a means of social control, as what Hardt and Negri call “a mechanism of containment”.

There’s certainly an important element of truth to this. John Ashcroft in the US and David Blunkett in Britain are using the “war of terrorism” to force through increasingly authoritarian measures to deal with problems that are really caused by poverty and inequality.

But this is only a trend. Once again, at least in the advanced capitalist societies, what binds people to the existing order is still much more the ideology of liberal democracy, the benefits that are still to be had through the welfare state, and the material and spiritual comforts offered by consumerism.

In treating the idea of war as a lens to understand the world today, Hardt and Negri don’t forget about the real war.

They celebrate the global protests of 15 February 2003 and argue that “the grievance against war tends, in fact, to become the summary of all the grievances—global poverty and inequality, for example, are exacerbated by war, and war prevents any possible solutions.”

This recognition of the centrality of the anti-war movement represents a shift, at least on Hardt’s part. He wrote just after 15 February that “it is unfortunate but inevitable that much of the energies that had been active in the globalisation protests have now at least temporarily been redirected against the war”.

This uncertainty perhaps reflects deeper tensions in Hardt and Negri’s analysis. They effectively withdraw the idea that Empire is a “smooth space”, acknowledging that “not all the powers in Empire’s network are equal”, and that major rivalries continue to divide the leading capitalist states—the US faces “three great strategic competitors…Europe, Russia, and China”.

It’s hard to see what difference of substance there is between this analysis and the classical Marxist theory of imperialism, according to which modern capitalism is dominated by economic competition between firms, and military and political rivalries between states.

Yet Hardt and Negri rejected this theory in Empire. In Multitude they argue that the Bush strategy of using the Pentagon’s military power to entrench the global dominance of American capitalism is an irrational one: “In order to maintain itself Empire must create a network form of power that does not isolate a centre of control and excludes no outside lands or productive forces.”

They repeat the advice they first gave in the journal of the big business World Economic Forum that the US as global “monarch” should make a deal with the “global aristocracies”—the multinationals, the other leading powers, and so on—to run the world on a more rational basis.

This isn’t that far removed from the idea advanced by Karl Kautsky at the time of the First World War that war was no longer in the interests of big business.

An even greater mixture of confusion, vagueness, and plain error reigns when Hardt and Negri come to discuss their alternative to Empire. This is summed up in the idea that provides the book with its title—“multitude”. By this they mean “all those who work under the rule of capital and thus potentially… the class of those who refuse the rule of capital”.

Underlying the idea of the multitude is a mishmash of confused claims. One is the rise of “immaterial labour…labour that creates immaterial products such as knowledge, information, communication, a relationship, or an emotional response”.

Certainly the share of production devoted to material goods has fallen in countries like the US and Britain. But this doesn’t mean that those performing “immaterial labour” aren’t workers in Marx’s sense.

Marx defined the working class not by what they produced, but by their position in what he called the relations of production. Workers are compelled by their poverty and lack of bargaining power to exchange their labour power for a wage. They work under the capitalist’s control and so are exploited, whether their workplace is an office,

a factory, a hospital, or a call centre.

Hardt and Negri are really denying the significance of wage-labour in modern capitalism. Work and life are becoming the same, they say in support of this denial.

But what they are describing here is work absorbing life. Wage-labour is demanding more and more from people, whether they are privileged software designers or ultra-exploited migrant workers.

If anything, the relationship between capital and wage-labour is becoming more pervasive economically and socially than it was in the past. Consequently the power that workers gain because capital depends on their exploitation remains of central strategic significance to anyone who wants to change the world.

The weaknesses of Hardt and Negri’s class theory infect their entire attempt to formulate an alternative to Empire. They conjure up attractive pictures, for example, of unity that respects the differences between people, of an “absolute democracy” rooted in the creativity of social production, of a revolution that does not end in “a nightmare of tyranny”.

But these are all promissory notes unsecured by any precise analysis of material conditions, strategic options, or institutional possibilities. Multitude ends up evoking the prospect of “a strong event, a radical insurrectional demand” that “will be the real political act of love”. But poetic images are not a substitute for the hard thinking that this frightening world needs.

Multitude: War and Democracy in the Age of Empire by Michael Hardt and Antonio Negri will be published in January. To order a copy in advance phone Bookmarks on 020 7637 1848. 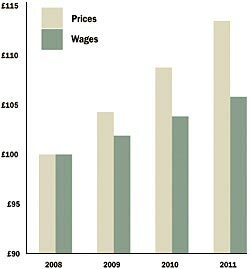 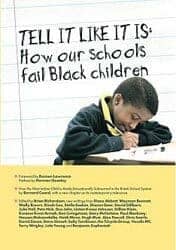 Next steps in campaign to drive back the Nazis