This article is over 19 years, 0 months old
THE MEDIA have whipped up hysteria against refugees from Algeria after last week's killing of a police officer in Manchester. They paint a picture that those coming here from the North African country are all potential killers, linked to a dangerous network of Islamist terrorists. This is racist nonsense. And the real reasons people are fleeing Algeria are rarely even discussed.
By Paul McGarr
Downloading PDF. Please wait...
Saturday 25 January 2003

THE MEDIA have whipped up hysteria against refugees from Algeria after last week’s killing of a police officer in Manchester. They paint a picture that those coming here from the North African country are all potential killers, linked to a dangerous network of Islamist terrorists. This is racist nonsense. And the real reasons people are fleeing Algeria are rarely even discussed.

Until 1962 Algeria was a French colony. In the 1950s a movement for independence met savage repression. Torture and summary execution by French forces were routine, and half a million Algerians were killed before independence was finally won. The first leader of newly independent Algeria was Ahmed Ben Bella (who today is a leading figure in the global anti-war movement and spoke at the recent Stop the War Coalition conference in London).

He was soon overthrown in a coup, and for the next two decades a one-party state dominated by the army and the official National Liberation Front party ran things.

They used the country’s vast gas and oil wealth to develop industry. But by the 1980s the dream of independence and prosperity had been dashed for many Algerians. A few at the top lived in luxury, but poverty, unemployment and hunger spread among the poor of the growing cities. In 1988 people finally exploded in fury. Strikes, demonstrations and riots swept the capital, Algiers, and other cities.

The army brutally repressed the protests, shooting down over 500 people. The regime tried to defuse further protest by granting limited political reform. It allowed more opposition parties to form and to contest elections. Most Algerians had long been Muslims. But political Islam-Islamism-had not been a major force in the country.

In the late 1980s, however, under the umbrella of the Islamic Salvation Front (FIS), Islamists grew to be a key force. This was not simply a matter of religious ideas. The FIS fed off the widespread poverty, the collapse of welfare provision in the slums of the cities, and the deepening bitterness against a regime seen as out of touch. In 1989, for example, it was the FIS, through mosques and its local networks, that organised relief for victims of a major earthquake when the regime miserably failed to do so.

By 1992 the FIS had emerged as the biggest party in the first round of voting in national elections, and looked set to sweep the board in the second round of voting.

The army high command panicked-though the FIS’s key policies differed little from the regime’s-and launched a coup. There have been some elections since, but they were rigged to ensure the regime’s candidates won.

Today people in Algeria talk of the ‘power’, the shadowy group of generals who wield effective power whoever they may install as president. After the 1992 coup the Islamists, who had been denied democratic avenues, launched armed actions against the regime. The character of the war that began then has shifted since, with some people making deals with the regime while others have turned to ever more bloody actions. In all between 50,000 and 100,000 people have been killed in the last ten years.

This has taken place while poverty has mounted. An Algerian government survey indicated that between 1987 and 1996 average household income dropped by 36 percent.

Unemployment today is running at well over 30 percent. Millions of young, often well educated people are unemployed and face a bleak future. No wonder many look to leave in order to try and make something of their lives. Most who leave go to France-for linguistic reasons and because they may have family living in France. Some come to Britain.

Poverty in Algeria has been deepened by the privatisation and trade liberalisation policies pushed on the country by the IMF and the European Union. The French paper Le Monde estimates that half a million Algerians have been thrown out of work as a direct result of this ‘restructuring’ over recent years. The civil war in Algeria has been presented in the media here as a battle in which the government is combating Islamist terror groups.

There are such Islamist groups carrying out killings in Algeria. The main ones are the GIA (Islamic Armed Groups) and another group known by its initials GSPC. The core of the GIA was formed by people financed by Saudi Arabia, Pakistan and by the US CIA to fight in Afghanistan in the 1980s.

The GIA has carried out brutal attacks on civilians in Algeria, murdering tens of thousands of people. But there is clear evidence that the Algerian regime is up to its neck in the terror too.

In 2001 Habib Souadia, a former Algerian army lieutenant, published a book, The Dirty War, in which he detailed how the army carried out appalling massacres, some while pretending to be the GIA.

Amnesty International and other human rights groups have made similar charges. Human Rights Watch also charges the regime with routinely carrying out ‘arbitrary arrest, disappearances and torture’. None of the major Western powers pay much attention to any of this. Instead they simply demonise ‘Islamists’ and cosy up to the regime.

The European Union has signed an ‘association’ agreement with the regime, and just before Christmas the US announced it was giving military aid to Algeria. One important factor behind such support is straightforward. Algeria is one of the world’s biggest oil and, especially, natural gas producers.

Multinationals such as BP and the US firm Halliburton (once headed by US vice-president Dick Cheney) have major investments and contracts in the country. Algeria also supplies one quarter of the European Union’s natural gas. Spain, for example, depends on Algeria for over 75 percent of its gas, Portugal 100 percent, and Italy 55 percent. 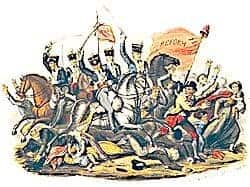 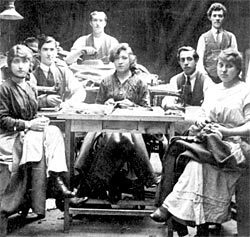