This article is over 11 years, 2 months old
Mass strikes rocked the US in the 1930s, with rank and file workers and revolutionaries at the heart of them. Simon Basketter looks at the key events of Minneapolis in 1934
Downloading PDF. Please wait...
Tuesday 09 November 2010

In the middle of the Great Depression of the 1930s, revolutionaries sparked and led mass strikes and factory occupations in the US. In 1934, more than 1.5 million workers took part in over 2,000 strikes—and they often won.

Rank and file workers flooded into the unions, transforming them.

Truck drivers, known as Teamsters, in Minneapolis struck over working hours and union recognition. They had no history of militancy.

Those leading the strike were angry at the union leadership’s refusal to fight—and at the sweetheart deals restricting workers’ rights that union leaders had agreed with the bosses.

Union organisation had been weak across the US at the start of the decade. The level of fightback was low. Unemployment topped 18 million. More than a million were homeless.

The leaders of the union federation, the AFL, were unconcerned with their fate. In 1932 they even opposed unemployment benefit. Trade union membership was falling by 7,000 a week.

Yet in the years that followed, a wave of militant struggles swept the US. A new trade union federation, the Congress of Industrial Operatives (CIO), was launched out of these battles. It saw the need to recruit unorganised workers—and to take militant action.

In the autumn of 1933 just 75 truck drivers were members of the Teamsters’ Local 574 branch in Minneapolis. Farrell Dobbs was one of the strike leaders. He was a revolutionary from the Trotskyist tradition, which opposed Stalin’s Russia and fought for socialism with genuine workers’ control.

He recalled that before the strike started “not a single Teamster strike had won in the city for 20 years”.

But a small group of Trotskyists had spent years working among the truckers. They persistently leafleted non-union workplaces and looked for opportunities to ignite struggle.

At the beginning of 1934 they led a strike of 600 coal shovellers to victory. Within three hours truck drivers, their helpers and the workers who laboured inside the coal yards had shut down 65 companies.

Strikers drove trucks in hot pursuit. One picket would jump on the running board of the offending vehicle and reach inside the cab to pull the emergency brake.

A second picket would flip the dump lever on the truck and the load of coal would be deposited in the street.

The effect was dramatic. Strikers spread the message that workers could fight and win. The union bureaucracy was hostile—but their letter refusing permission for the strike arrived after it had been won!

Their hostility encouraged self-organisation among workers.

Within weeks all the Teamsters in Minneapolis walked out to secure union recognition. The strike then spread to affect all the city’s workers.

The bosses caved in—only to renege on their deal after ensuring the state governor would mobilise the soldiers of the National Guard against workers.

When the key battle began in July, union membership had risen to 7,000.The strikes that followed are a model for every activist to this day.

Cruising pickets went back onto the streets. When they met opposition from the police, they brought out other workers, their families and unemployed workers in solidarity.

The strikes mobilised people who had not previously been regarded as central to unions—migrant workers and women.

One leading striker was Carl “Skogie” Skoglund, a Swedish immigrant. A Sioux Indian, Ray Rainbolt, was a leading activist in the strike at a time when racist ideas about Native Americans were common. 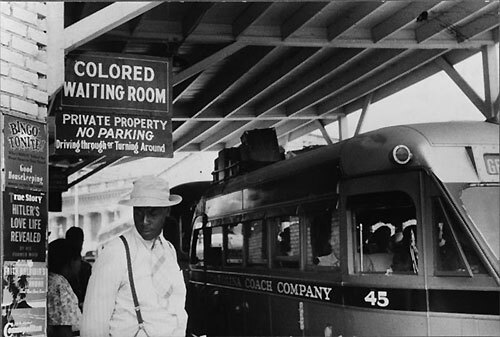 Rainbolt was so respected by his fellow workers that he was eventually elected commander of the 600-strong Defence Guard, a key post.

Marvel Scholl, who was married to Farrell Dobbs, set up a “women’s auxiliary” with another striker’s wife, Clara Dunne. They argued that women could do more than offer passive support to the strikers.

One women’s auxiliary member reported that the strike organisers’ appeal for women’s active involvement in the strike “met with a response they had not dreamed of”.

“Women came to strike headquarters ready and willing to do any kind of work assigned them,” she said.

“Women pickets took up the cause on the line of battle. Three of our women were seriously injured in riots with police. The women organised a mass demonstration.”

It was important that a group of revolutionary socialists were at the centre of the strike. They emphasised workers’ self activity, democratic decision-making, and the full participation of all workers.

They argued the strike would not win if they simply waited for orders from union leaders. So the strikers elected their own strike committee and held regular mass meetings to involve everyone.

Farrell Dobbs said, “Between four and five thousand persons ate at strike headquarters and slept in or near it for the strike’s duration.

“Fourteen or 15 hours of the day they were on the picket line, while at night they listened to the news of the strike, the status of negotiations, the bosses’ latest move, etc, which were reported in detail over the microphone.

“The main interior of the garage became an auditorium, with a platform erected for speakers and musicians. About 2,000 men and women assembled nightly inside, and as high as 20 to 25 thousand in adjoining streets to listen to the loudspeaker.”

The strikers published a daily paper to put their case, producing up to 10,000 copies. Trotskyists edited it.

The bosses were determined to break them. On “bloody Friday” in July, police opened fire on a truck carrying pickets. They shot to kill.

They wounded some 67 people, shooting many in the back as they tried to flee. They killed two strikers, John Belor and Henry Ness.

A public commission, set up later by the governor, reported: “Police took direct aim at the pickets and fired to kill. Physical safety of the police was at no time endangered. No weapons were in possession of the pickets.”

The state governor declared a “state of insurrection”. He brought in troops and had strike leaders arrested. It weakened the action, but strike leaders made it clear it would continue. Repression could not beat them.

The governor was forced to release the strike leaders and a federal negotiator was rushed in to make a deal.

The strikers’ paper ran the headline “Victory!” on its front page on 22 August, after strikers’ demands over pay and union rights were met.

The strike marked a turning point in workers’ confidence to organise and fight. The lesson for today is that the left can initiate militant action—and rank and file organisation can push strikes to victory.

Farrell Dobbs wrote, “In carrying out their class collaborationist line, the union bureaucrats exercise tight control over negotiations with employers.

“They try to avoid strikes over working agreements if at all possible. When a walkout does take place, they usually leap at the first chance for a settlement.

“Once a contract has been signed with an employer they consider all hostilities terminated. Membership attempts to take direct action where necessary to enforce the agreement are declared ‘unauthorised’ and a violation of ‘solemn covenants’. In fact the bureaucrats often gang up with the bosses to victimise rebel workers.

“There can be no such thing as an equitable class peace, the membership was taught. The law of the jungle prevails under capitalism. If the workers don’t fight as a class to defend their interests, the bosses will gouge them.”

In Minneapolis in 1934, workers stopped that from happening. The fact that revolutionaries were at the head of the struggle strengthened it.

It meant that the workers’ movement was able to fend off attacks from the bosses—even in the midst of recession.

Teamster Rebellion by Farrell Dobbs is available from Bookmarks, the socialist bookshop. Go to www.bookmarksbookshop.co.uk Excepts of the strikers’ paper are available at www.marxists.org/history/usa/date/1934/1934-mpls/index.htm
Topics Economic crisis, Revolution, United States 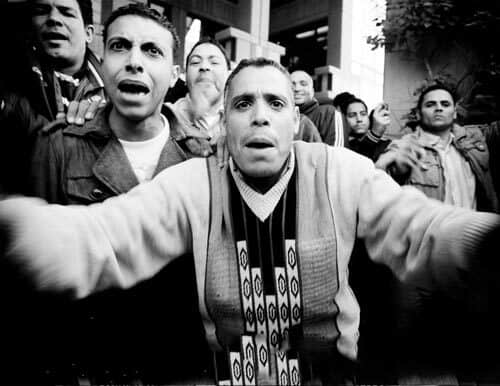 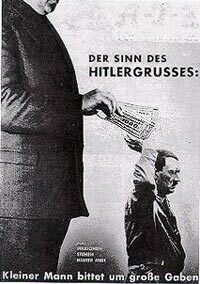 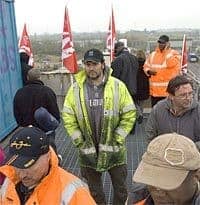