Nazis and police provoked the Bradford riot of 2001

This article is over 11 years, 10 months old
The shadow of what happened in 2001 still hangs over Bradford.
By Yuri Prasad
Downloading PDF. Please wait...
Tuesday 10 August 2010

The shadow of what happened in 2001 still hangs over Bradford.

On 7 July that year thousands of young Asians took to the streets to guard their city from attack by the National Front (NF).

In the weeks before, thugs from the British National Party, Combat 18 and the NF had rampaged through the northern towns of Oldham, Leeds and Burnley. They had smashed up Asian businesses and attempted to terrorise the towns.

On each occasion, the police had criminalised Asians who had grabbed whatever was to hand in order to protect their community.

Now the NF had pledged to march in Bradford, despite a ban by the Home Secretary. Hundreds of fascists descended on the city from all over the country and spent the afternoon boozing in city centre pubs—with the police determined to protect them.

The mere rumour of an NF march caused the local council to cancel the last day of its multicultural Mela festival, fearing it might “provoke” the fascists. But young people in the city were not going to be intimidated.

The police continued to insist that there was no NF gathering, even as news spread of a stabbing and a series of racist attacks on Asians in the city centre. Known fascist activists were parading around the town, trying to provoke a fight.

Kamran Ahmad and Omar Akhbar, then aged 19 and 20, were walking through the city centre when they saw a group of Asian women being attacked.

“Two NF [members] went and spat at them and threw a drink over them,” they told researchers from Leeds university.

“The police weren’t far off. They were watching but they didn’t do anything. Later on an Asian guy started swearing [at the NF] and sticking his fingers up. The police came up to him and gave him a warning.”

Local young people who wanted to drive the fascists out joined a rally organised by the Anti Nazi League. The police tried to keep them penned in the town’s Centenary Square.

Fighting grew fierce. As the evening drew in, mounted police and officers in riot gear forced hundreds of protesters into the mainly Asian Manningham area of the city.

As youths fought back on a street-by-street basis, the air filled with sticks and stones. A number of businesses, including a BMW dealership, were burnt to the ground.

Pubs and clubs were a particular target as they could offer shelter to the fascist gangs who were thought to have remained in the city.

Imran Ismail, now 28, says that the police’s actions on the day inflamed the situation and seemed designed to clear the town centre in the hope that Asian elders could discipline youths in their own communities.

“What were they trying to achieve?” he asked. “You know it was like, let’s push them back into the Paki area and let them deal with their own.”

In the weeks after the riot, local papers whipped up a climate of hysteria against those who had defended Bradford.

They published police surveillance photographs, and called for parents to hand their children over to the authorities.

Many did so in the belief that the courts would understand the pressure their children were under. But in the hundreds of cases that followed, prosecution lawyers ignored the NF provocations, and suggested that the violence was “mindless”.

Some, like Imran, understood the way their parents’ generation had responded but rejected it.

“The older generation, being here for a long time, are used to racist remarks,” he said. “I think the younger population tend to stick up for themselves.”

Yet Judge Stephen Gullick told Shazad Ashraf, the first of many he sentenced, that he was “not concerned” with the origins of the riot, nor even with what Shazad had done or why.

Gullick said, “It must be made crystal clear to everyone that on such tumultuous and riotous occasions, each individual who takes an active part… is guilty of an extremely grave offence simply by being in a public place and being engaged in a crime against the peace.”

Shazad got five years after pleading guilty to throwing stones and a pole.

In 2001 Bradford saw racist provocation from the Nazis of the NF followed by an assault by the police and the judicial system against Asians and other anti-fascists.

In 2010 we need a large enough mobilisation against the English Defence League (EDL) to stop this from happening again. 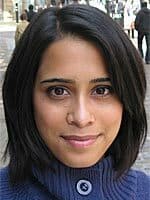 Protest against the racist EDL in Bradford