This article is over 13 years, 1 months old
The cruel hypocrisy of the government’s approach to asylum was driven home last week as home secretary Jacqui Smith attempted to use the cholera outbreak in Zimbabwe to tighten asylum laws.
Downloading PDF. Please wait...
Monday 15 December 2008

The cruel hypocrisy of the government’s approach to asylum was driven home last week as home secretary Jacqui Smith attempted to use the cholera outbreak in Zimbabwe to tighten asylum laws.

Smith warned that the outbreak of the deadly disease could lead to a rise in the number of Zimbabweans fleeing to Britain.

But instead of showing compassion for those fleeing a so-called “failed state”, Smith wants to reduce people’s rights to enter Britain.

She wants to impose a visa regime on visitors from South Africa and ten other African countries to stop people entering via these countries, or with fake passports.

Smith’s plan has provoked opposition even in the government – with the foreign office opposed to it.

Immigration officers seized Priviledge Thulambo, whose husband was murdered by Mugabe’s thugs, and her two children on Friday of last week.

They now face being deported as they entered Britain on Malawian passports.

The government’s new Borders, Immigration and Citizenship Bill is set to ramp up the attacks on everyone attempting to find safety and jobs in Britain.

Among other draconian measures, it will end the automatic right of people to stay in the country after five years’ residence and replace it with a system of “earned citizenship”.

New migrants who work legally, pay taxes, do voluntary work and do not acquire a criminal record will have to wait six years to become citizens.

Those who become unemployed will be told to leave.

This move comes despite a High Court ruling made last week which declared government policy that bars people from working while waiting for their asylum cases illegal.

Anne Owers, the chief inspector of prisons, said last week that conditions at one such facility, the Oakington removal centre near Cambridge, have severely worsened since 2004.

Half of the 328 detainees at the centre said that they had felt unsafe while being held there.

Owers noted steep rises in the use of force to control detainees, and in the number of detainees put in segregation for “breaching rules”.

A plane deporting 49 rejected asylum seekers was forced to return to Britain last week when it was refused permission to land in Iraqi Kurdistan.

Two passengers on the flight from Stansted had been removed before take-off after wounding themselves in protest at their deportation. 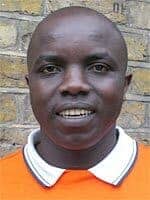 Kenyan asylum seeker: ‘I fear for my life if I am deported’