This article is over 17 years, 2 months old
Rally packs out town hall The biggest political meeting in Newham for two decades gave a huge boost to Respect’s challenge to New Labour in the east London borough on Monday of this week.
Downloading PDF. Please wait...
Saturday 23 April 2005

The biggest political meeting in Newham for two decades gave a huge boost to Respect’s challenge to New Labour in the east London borough on Monday of this week.

Over 340 people packed in to East Ham Town Hall to hear Respect’s candidates for the two Newham constituencies, Abdul Khaliq Mian (East Ham) and Lindsey German (West Ham), alongside a range of speakers representing the tremendous diversity of the area.

The meeting was chaired by Michael Gavan, an officer of the biggest trade union branch in Newham, and also included distinguished speakers from the Muslim, Sri Lankan, Sikh and African communities.

“Now we have somewhere else to go — the Respect party.”

Lindsey a hit with students

Over 40 students attended an election hustings at the University of East London’s Docklands campus in Newham.

Despina, who helped organise the meeting said, “Only Lindsey German got clapped — when she answered questions about Palestine and refugees.”

They gave out shields and cups to teams and individuals at the league’s award ceremony.

Michael Chapman from the Essex County Cricket Club also attended the event. He told Socialist Worker, “There are lots of talented people who want to play cricket in Newham. But at the moment there aren’t enough cricket grounds.”

Campaigners made a big impact on the streets of Newham last weekend. Abdul Khaliq Mian, told Socialist Worker, “We’ve had a fantastic response. People have been coming to help each day, often staying till 10.30pm.” 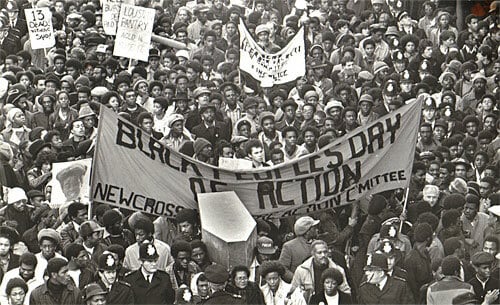 My 13 years of fighting for justice