No to bosses’ Europe

This article is over 19 years, 5 months old
WHAT SHOULD socialists say about the European Union (EU) and the euro? It will be a hot issue if, as seems possible, New Labour calls a referendum before the next general election. Europe helped to tear apart the Tory party. It is causing growing tension inside the Labour Party. But there are many more important reasons to take up the debate.
By Charlie Kimber
Downloading PDF. Please wait...
Saturday 24 August 2002

WHAT SHOULD socialists say about the European Union (EU) and the euro? It will be a hot issue if, as seems possible, New Labour calls a referendum before the next general election. Europe helped to tear apart the Tory party. It is causing growing tension inside the Labour Party. But there are many more important reasons to take up the debate.

That’s why the Socialist Alliance will hold a conference on 12 October to discuss the issue. The question is often posed as whether WE should go into Europe, or whether WE should use the euro. But WE are not the focus of the debate. The question of Europe has always been about a row between capitalists about how best to screw the working class. Some think it’s best to act as a bloc of countries. Others think it’s best to operate in a different way.

The majority of business in Europe thinks it is helpful to have a large market with one set of rules. The growth of EU institutions also helps European business to compete more effectively against the US and Japanese economies. The juicy prospect of a single market of 500 million people (after the planned expansion in 2004) is enough to convince the overwhelming majority of businessmen that the European Union is a good thing.

The exception is Britain, where the ruling class is much more split. More businesses are for the euro than against it, but many are undecided and a significant section want closer ties with the US rather than Europe. The anti-euro faction contains several important media bosses (like Rupert Murdoch with his Sun and Times) so the anti-euro voice is loudly heard. Other anti-euro voices belong to hated right wing figures like Margaret Thatcher and Norman Tebbit – that alone makes many socialists sympathetic to the European project.

And there is a great myth, pushed by trade union leaders like John Monks of the TUC, that the European Union is pro-worker. The TUC was converted to this view in 1988 when Jacques Delors, the president of the European Commission, told them to drop their anti-EU attitudes and get involved in its ‘social dimension’.

The unions had suffered big defeats, so Delors’ message was lapped up – it seemed much easier than actually fighting the employers and the Tories. But THERE are very good reasons for workers to be wholly against the European project. The European economic model is a Thatcherite, neo-liberal society with increased flexibility of labour, a sharply restricted welfare state, open markets and stripped down regulation of business.

As a recent Unison union pamphlet says, ‘Public services are not only under threat from the PFI and PPPs. They are also threatened by membership of the euro. ‘The strict budgetary limits imposed by the Growth and Stability Pact means that if Britain joined the euro, we would be forced to cut public spending by £10 billion. The independent ‘think-tank’, the National Institute for Economic and Social Research, is even more pessimistic and believes that the cuts could be as much as £22 billion.’

Euro rules restrict what governments can do. They say that government deficits (spending minus tax receipts) must not exceed 3 percent of gross domestic product and governments should balance their budgets by around 2004.

This is all designed to insulate governments from public pressure. The right wing Portuguese government says its budget deficit is well above the 3 percent ceiling. So ministers are planning ‘structural reform in sectors such as health, education and social security.’

Portugal is a relatively small economy. But the French, Italian and German governments are also about to fall foul of the spending limits, leading to potentially ferocious assaults on the working class. Incredibly the EU has even raised doubts about some of the spending plans put forward by New Labour on the grounds that they may be too lavish!

The European project is also linked to racism. ‘Fortress Europe’ is about constructing a barbed wire fence of regulations at the borders of the EU backed up with gunboats, prisons and officially sanctioned scapegoating and harassment of black and Asian people.

The Schengen agreement, signed in 1985, abolished some internal travel restrictions inside the EU. But it immensely strengthened the barriers to people getting inside the ‘fortress’. Finally, European institutions are linked to the prospect of growing militarism. Several countries are pushing for a European army to intervene where national governments might fear to tread.

Spending cuts, privatisation, racism and militarism do not spring solely from the EU. National governments push them on their own or in alliance with the US. But the EU codifies a distinctly right wing view of the world. It also provides an alibi for any government that wants to push through cuts. European institutions have never delivered substantial reforms for workers. Policies are shaped by bodies like the European Round table of Industrialists which links the leaders of all Europe’s biggest firms.

In much of Europe the health service and pensions are better than in Britain. That is not because of the EU – it is because workers fought hard for them, much harder than the British union leaders have done. Many socialists will see that the EU is really about helping capital. But the great fear is that any campaign against the euro will inevitably end up with the left trailing behind ‘Little Englander’ racist Tories to save the pound.

It is claimed that we will soon be intertwining the red flag with the St George’s Cross. Some sections of the left will, to their shame, be prepared to share platforms with ‘anyone against Europe’, however right wing they are. But abstaining from the euro issue will not inoculate the working class from the threat of being pulled by the right.

If the Tories and their allies are seen to be the only people focusing the justified anger about the European project then it is highly likely that some good people will feel forced to march alongside them. But we can have a left wing campaign against the bosses’ Europe that is independent of the Tories and other right wingers.

The basis for it is the tremendous strikes and protests by workers and anti-capitalists during the last ten years. There is a common theme to events such as the strikes in France against the Juppé plan in 1995, the demonstrations at the EU summits in Amsterdam, Nice, Barcelona, Gothenburg, Barcelona and Seville, the general strikes across most of Europe in defence of pensions and many other events. That theme is ‘for a social Europe not a bosses’ Europe’ and, more recently, ‘against a Europe of capital and war’.

Those who support the European bosses’ project are pitting themselves against these protesting workers. Those who abstain on Europe are showing their pessimism about the anti-capitalist movement and about workers’ opposition to the European bosses. We are against the euro because we believe that ‘another world is possible’ and we want to use the euro referendum to push that message.

Chancellor Gordon Brown has his ‘five tests’ for when it might be right for Britain to adopt the euro. Here are my five tests for a successful, independent campaign against the European project. The campaign must be:

Workers will have to fight whether we are paid in pounds or euros, against both the EU and our own government. We should oppose the European project as part of confronting the bosses’ agenda. 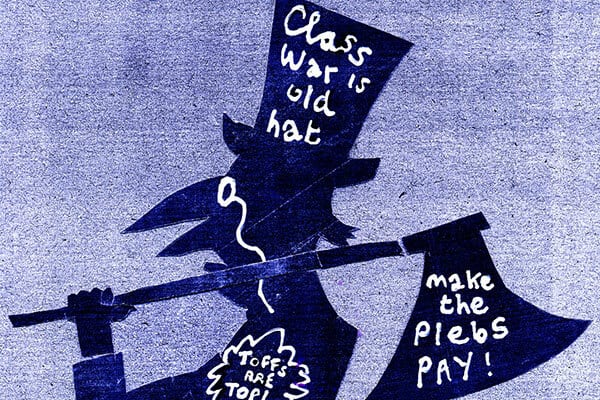 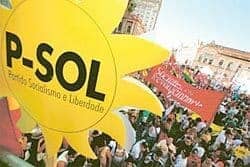 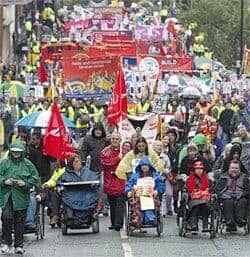