Now on to Gleneagles

This article is over 16 years, 11 months old
There were so many demonstrators that some never even set off. Around 300,000 marched and others were still left in The Meadows when everything had finished.
Downloading PDF. Please wait...
Sunday 03 July 2005

There were so many demonstrators that some never even set off. Around 300,000 marched and others were still left in The Meadows when everything had finished.

It was a hugely diverse gathering but, wherever they came from, there was a deep desire for real change. People wanted action, not empty promises, from the G8.

Respect MP George Galloway spoke for many when he said, “It’s not by accident or act of god that so many people live in poverty. The poor are poor because the rich are rich.

“The leaders of the G8 are not the solution to the problem, they are the cause.

“We won’t go along with the deception that we are all on the same side. It is a deception that Blair and Brown are the saviours of Africa. We won’t see poverty made history until we make the G8 history.

“If Bob Geldof really wanted to help make poverty history he would stand in Downing Street and he would tell the poor of the world to say, ‘We no longer have any debts—we don’t owe you any money.’

“Today we ringed Edinburgh, we fashioned a noose around the G8. Not until we hang the system of the G8 will we make poverty history. This group built a system of war and privatisation and exploitation. And that’s why we are going to spoil their party on Wednesday.”

Pressure from activists has forced the authorities to allow a march on the G8 which is officially allowed to get within 500 metres of the gates of the Gleneagles Hotel. It will be a chance to let the G8 leaders feel our rage against them. 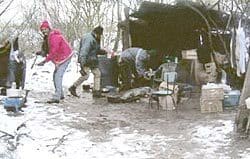 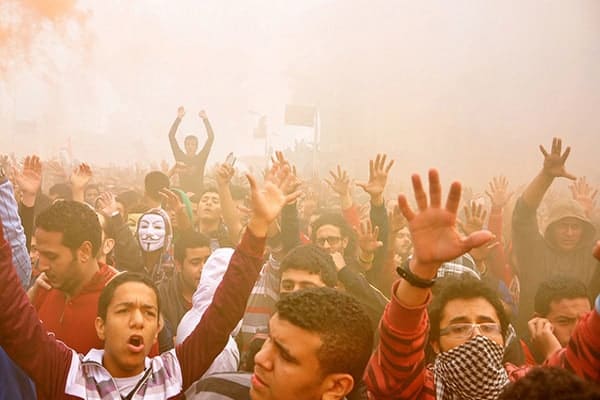 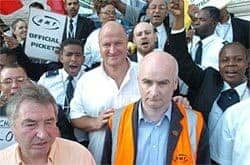 Bob Crow: what future for the unions?