Olaudah Equiano: the slave who raised a storm for emancipation

The young Olaudah Equiano was captured in 1756, and thrust down into the stinking hold of a slave ship. No doubt his captors believed him to be little more than an animal. Yet he was to utterly confound their prejudices.

Thirty years later Equiano published an account of his life that became a rallying cry for all who wanted to end slavery.

He became a tireless campaigner who sought to forge links between the anti-slavery movement and the demands of British workers for emancipation from capitalist “wage slavery”.

Equiano was born in what is today Nigeria. When he was 11 he was snatched and taken to the coast.

He was one of 30 million people transported from Africa to the plantations of the Americas and the West Indies.

The sugar, tobacco, cotton and other commodities the slaves produced were a massive boost for the early capitalists. As Karl Marx wrote, “The turning of Africa into a warren for the commercial hunting of black skins signalled the rosy dawn of the era of capitalist production.”

Equiano remembered how he was forced into the hold of a slaver, “and there I received such a salutation in my nostrils that I have never experienced in my life – so that with the loathsomeness of the stench and crying together, I became so sick that I was not able to eat”.

He was force-fed – the crew had decided that he was literally worth the effort.

Equiano spent the next ten years in bondage. First he slaved on the tobacco plantation of Virginia, North America, where his master gave him the name “Gustavus Vassa”.

One day he was summoned to the plantation house. He was shocked to come across a slave cooking dinner who was “cruelly loaded with various kinds of iron machines – she had one particularly on her head which locked her mouth so fast that she could not scarcely speak, and could not eat and drink”. This was her punishment for crossing her master.

In 1757 Equiano was resold and sent to England. He then served on various British naval ships, all the time saving what he could to buy his freedom. Eventually he had saved £40 and gained his emancipation.

In the years that followed Equiano travelled widely, working on ships sailing as far afield as the Arctic. Gradually he became drawn to the anti-slavery movement.

Much has been written on William Wilberforce and other moderate leaders of the anti-slave movement, but the cause drew on large working class support.

The first mass petition against the slave trade was launched in Manchester in 1787. One in the five of the population of the city signed it. In 1792, 400,000 people signed abolitionist petitions. Most working class organisations came out against slavery – and demanded radical solutions.

In 1789 Equiano published his broadside against slavery – The Interesting Narrative of the Life of Olaudah Equiano, or Gustavus Vassa, the African.

Written to reach the widest audience, the book took on the propaganda of the slave owners by documenting the cruelty by which they made their fortunes.

The work was incredibly popular, going through eight editions in Equiano’s lifetime and six more in the 20 years after his death.

Equiano went on speaking tours to publicise the book and rally support for abolition. In 1790 we know he spoke in Manchester, Nottingham, Sheffield and Cambridge.

The following year he got a great reception in Ireland, where he spent nine months and sold nearly 2,000 copies of his book.

In 1792 Equiano married a white English woman, Susan Cullen. The marriage was reported in the Gentlemen’s Magazine, Equiano being described as “well known in England as the champion and advocate for procuring the suppression of the slave trade”.

Equiano straddled the “official” and the radical wings of those fighting slavery. He linked himself to the far left of the working class movement, joining the London Corresponding Society (LCS), founded in 1792 by Scottish shoemaker Thomas Hardy.

The LCS demanded male suffrage and democracy at home, and the ending of slavery abroad. As Hardy wrote, “The rights of man are not confined to this small island, but are extended to the whole human race, black, white, high, low, rich or poor”.

Wherever Equiano went he sent back names and addresses of “contacts” to Hardy in London.

Equiano died in 1797. By that time he had become an early member of that tradition of black activists who found themselves welcomed in the wider working class movement. 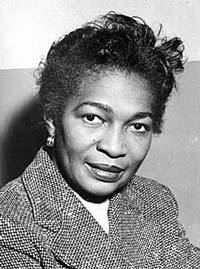