‘Our generation finds its voice’

This article is over 18 years, 10 months old
SCHOOL students across Britain walked out of their schools in protest against the war on Wednesday of last week. They showed that far from being apathetic, they are principled, dynamic and determined to make a difference.
Downloading PDF. Please wait...
Saturday 15 March 2003

SCHOOL students across Britain walked out of their schools in protest against the war on Wednesday of last week. They showed that far from being apathetic, they are principled, dynamic and determined to make a difference.

Thousands of school students joined the strike against the war in a protest initiated by the Stop the War Coalition. Their energy, imagination and sheer bottle inspired anti-war activists everywhere.

In London school students hit the headlines when they took their protest directly to parliament and Downing Street. One of those involved was Dan from Fortismere School in north London. He told Socialist Worker, ‘We knew about the strike from the Stop the War Coalition. We gave out leaflets and told people where to meet. The first 60 got through before the teachers closed the gates. One friend climbed over a fence and through scaffolding to get out. We got to parliament and joined hundreds of other students demonstrating. We ran into the road to stop the traffic outside parliament. When the police moved us, we went to Downing Street. People were sitting down in the road and some climbed the gates. The police were ridiculously aggressive. They didn’t just move us on, they punched people and brought in horses. They were being rude about my friend’s Che Guevara T-shirt and telling us to cut our hair! If students can organise such a large and efficient walkout, an adults’ strike should be even more effective.’

Some 500 students walked out in Birmingham. As elsewhere the protests began with a few individuals. Emily from Queensbridge School explained, ‘We gave petitions out to people in all the different years on the Monday before the strike. We only had two days, but word got around fast. On the day 300 students came out. There are only 600 in the school. We managed to persuade the local bus company to send us three empty buses. They took us into town, just for our normal bus fare. We protested outside the council house for an hour. The public response was great. People have been phoning the school saying how heart warming it was to see us standing up for what we believe in. Even if you don’t think people will be interested, you have to give it a go. Now everyone at school is coming up to me asking, what’s next?’

Just two school students at Bay House School in Gosport, near Portsmouth, initiated a lunchtime protest of nearly 1,000. School students marched out of the gate, and then marched back to stage a sit-in. A group of students refused to go back to lessons and sat in the playground, forcing the head to agree to meet an elected delegation.

The school students’ strikes in Leicester also showed the spirit of unity and courage typical of the protests. ‘Around 350 young people representing the city’s diverse ethnic population staged a show of defiance,’ reports Tom. ‘The police arrested two young Asian students to try to clamp down on our impromptu march. But the remaining group broke through police lines twice to reach the police station. Despite the appalling police action further demonstrations are planned.’

Sachin Sharma from Leeds reports, ‘I was already suspended from Prince Henry’s School in Otley, just outside Leeds, for making an anti-war speech in the dining room to publicise the strike. Lots of people protested about that. They phoned the school and lobbied. On the strike day we really created waves. Hundreds marched through Leeds – mostly people who had never done anything like that before.’ Sachin Sharma has now been reinstated.

They can’t stop us

ALL THE school students who spoke to Socialist Worker are passionately committed to keeping up the campaign to stop the war. Lucia goes to a sixth form college in Milton Keynes. She told Socialist Worker, ‘We didn’t have much time but we got together about thirty 15 and 16 year olds. We headed for the council office in the city centre, giving out leaflets and petitioning against the war. It went down really well with the public. More people are getting heavily involved in organising to walk out on Day X, when war breaks out.’

Dan, a student at Calderstone’s School in Liverpool, told Socialist Worker, ‘I ended up with 250 students outside the school at the morning break. We were chanting and the atmosphere was great but the teachers made us go back inside. There is definitely a mood to do more in the school. I set up an anti-war group after the protest and 20 came to the first meeting. We collected enough money to affiliate to the Stop the War Coalition and we elected delegates to the People’s Assembly.’

‘I’m more passionate and angry than ever’

‘DON’T BOMB Iraq in anger,’ sang school students in Sheffield, accompanied by a student playing the tune of the Oasis hit ‘Don’t Look Back in Anger’ on a guitar. They were some of the hundreds of school students who walked out of classes in Sheffield and protested at the city’s Peace Gardens.

Joey from Wisewood School said, ‘The response in Sheffield was really amazing, enthusiastic and surprising. Our schools told us we couldn’t walk out. Despite this between 500 and 600 school students struck across the city. We are going to walk out again when the war is declared. We aren’t going to give up just because the government has started bombing.’

Catharine helped to organise a walkout and demonstration of 300 in Cambridge. She told Socialist Worker, ‘Cambridge had perhaps one of the liveliest demonstrations it has ever seen. Students from the two largest sixth form colleges met up on the day and held a People’s Parliament which unanimously voted for a march. The strike was surprisingly easy to build for. We collected names on pledge forms, distributed leaflets and posters and told people. The police arrested me and two others. After eight and a half hours at the police station I was thinking Blair doesn’t understand that democracy means the freedom to demonstrate without arbitrary arrest. The rest of the demonstration staged a defiant sit-down protest outside the police station, marched into town and through the colleges, and occupied a student bar. I am more passionate and angry than ever to fight war and the imperialist institutions that hold up this rotten state. Now is the time to prepare a strike in your workplace, school and college.’

That determination was also visible in Newcastle where 150 students from Heaton Manor School defied staff and police to stage a noisy march to the city centre. They joined up with students from Gosforth and Hexham schools to march through the town centre attracting applause from bystanders. Around 50 school students created a stir when they walked out and marched through Scarborough.

Jassy, one of the marchers, said, ‘We have had some people telling us it’s not right for us to protest at our age because we don’t know anything about war. They are wrong. For most people here this is the only way they can get their voices heard. They are too young to vote so the need to find other ways to show the government what they think.’ 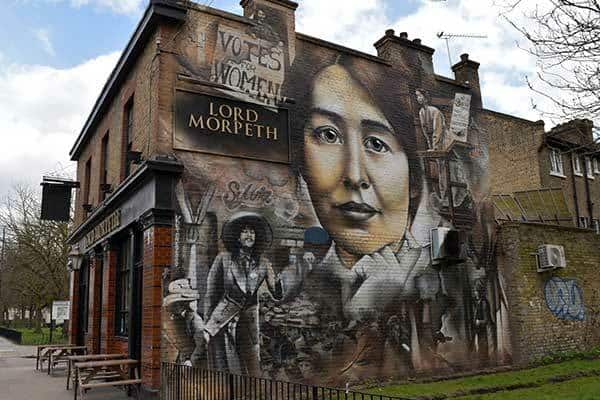 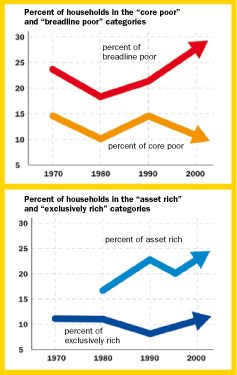