ISRAR HUSSAIN, a 42 year old taxi driver and father of six children, was stabbed to death in Oldham in the early hours of Saturday morning. He had responded to a request for a taxi. His passenger attacked him, slitting his throat with a knife. Israr collapsed on the pavement. A number of passers-by tried to give him first aid, but he died shortly after arriving in hospital.

The police are looking for a white man in connection with the killing. Israr Hussain’s death has provoked grief and anger among local people. Martin Gleeson, secretary of Oldham Trades Council and a member of the Amicus-MSF union, told Socialist Worker, ‘There is a real sense of shock at the attack on Israr Hussain. The police have said how do we know it’s racist? From my point of view you can’t look at what happened to him in isolation. There have been so many attacks on Asian taxi drivers. There has been sustained racist and fascist activity in the town. That’s the kind of environment for these attacks. Some fascists think Asians are fair game.’

Oldham is where the Nazi British National Party (BNP) got significant votes during the local elections last May, although not enough to get any councillors elected.

The BNP’s leader, Nick Griffin, got 6,552 votes in Oldham West, 16.4 percent of the total vote, in the general election 18 months ago. He has tried to present a ‘respectable’ image, but he wrote in 1995 about the need for ‘well directed boots and fists’ to defend ‘rights for whites’.

The BNP’s election campaign gave racists the confidence to carry out attacks on Asians. The Sunday before the election a gang of thugs beat up and hospitalised Mohammed Asif Kayini. The day after the election racists scrawled graffiti and smashed up headstones on Asian graves in a cemetery.

This follows a pattern-wherever the Nazis organise, racist attacks increase. The BNP set up its headquarters in Welling, south east London, in 1989. Over the next four years there were three racist murders in that area and racist attacks soared by 210 percent.

Oldham had the highest number of race hate crimes in Greater Manchester for 2001-2, according to Manchester police’s recent ‘Ethnic Monitoring and Hate Crime’ report. There were some 1,133 racist crimes that were actually reported to the police-a shockingly high figure since many attacks go unreported. That is a 75.4 percent increase on the previous year.

Asian men were the single largest group of victims of race hate crime across Greater Manchester. Most of them were aged between 26 and 50 years old. The vast majority of attackers were white. The police may be keen to play down any link between these Nazi-inspired attacks and the murder of Israr Hussain. But trade unionists and community groups have united to back an anti-racist march on Saturday in memory of Israr Hussain.

Martin Gleeson explained, ‘I know many local people are shocked. I have talked to them as they signed petitions and gave donations. The taxi drivers are getting together some permanent memorial for Israr Hussain. All of us in Oldham wanted to pull together to make a stand. The march has the backing of the North West TUC and the Anti Nazi League. We want to show that black and white people are united, and we are speaking as one voice in Oldham against racist attacks.’ 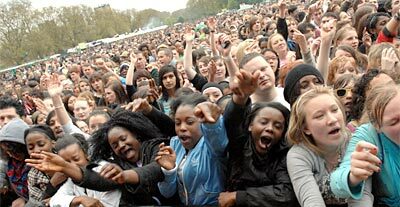