Plan to reach all Respect supporters

This article is over 17 years, 7 months old
EVERY RESPECT activist and voter will want a copy of next week's Socialist Worker. It will have results and analysis telling the truth about what the votes show. The paper will be printed early, on Monday evening, and be with sellers on Tuesday. It will include:
Downloading PDF. Please wait...
Thursday 10 June 2004

EVERY RESPECT activist and voter will want a copy of next week’s Socialist Worker. It will have results and analysis telling the truth about what the votes show. The paper will be printed early, on Monday evening, and be with sellers on Tuesday. It will include:

Reactions from candidates, supporters and figures in the unions and the anti-war movement.

Analysis of the overall result and the voting in Europe.

All the usual Socialist Worker news and features, including news from the PCS and CWU union conferences.

Rita McLoughlin from Manchester says there are already plans in her area: ‘On Tuesday morning we will set up a stall at the railway station and have sales outside civil service offices and council workplaces. We will be visiting fire stations and selling at the main post depot. There will be more stalls in the city centre later in the day, plus we’re going round shops in Cheetham Hill, where we stood a Respect candidate in the council elections. On Tuesday at about 5.30pm we are trying to get as many sellers together as possible to make sure the paper is widely distributed. We are trying to get everyone to ensure they take the paper to all the people they met during the campaign.’

The timetable for the election results

THE ELECTION results will come out at different times.

Friday The count for the London mayor and assembly begins at 8.30am. The constituency results will start coming through in the afternoon. The mayor and the list results are expected at around 5.30pm (depending on the turnout and the efficiency of the technology!).

Sunday The result of the European elections in Britain cannot be announced until polling stations close in the rest of Europe. This means the results will be announced between 9pm and 10pm.

Why we can’t rely on left wing union leaders 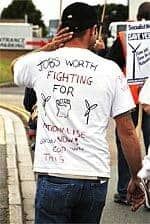 The Vestas struggle has changed the debate about green jobs

Labour conference: Anger and dissent on the floor 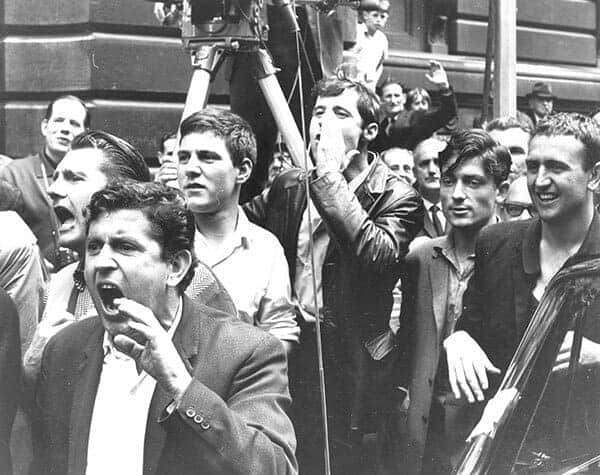 The seafarers' strike of 1966—hope betrayed by Labour