Planning that would put workers in control

This article is over 11 years, 11 months old
In the final part of our series Kieran Allen asks what a socialist society would look like
Downloading PDF. Please wait...
Tuesday 17 August 2010

We need a mass movement of workers, public ownership and workers’ control to create a socialist society.

There is another critical element that we need and it’s the most controversial—planning.

Socialism is about taking back control of the economy for ordinary people.

It is built on the assumption that working people can make the decisions needed to run the economy.

They claim that consumer choices dictate the flow of goods and the success, or otherwise, of firms—without any planning.

It follows that, by making these choices, we can force the markets to meet our needs.

In reality it doesn’t work like this. Most of us have quite stable consumption patterns. We tend to go to the same shops.

We don’t make or break the fortunes of companies by constantly changing what we buy.

And the market doesn’t meet our needs. Firms produce many things that nobody really needs and are a waste of resources.

They produce other things that we do need but don’t get—because we don’t have the money to buy them.

An electricity company doesn’t shop around to buy a turbine, for instance, it commissions it.

But capitalist planning is done by a minority to keep their power and wealth.

Democratic planning is a crucial way of moving beyond a market economy.

There are a number of practical preconditions for this.

We have to get rid of commercial secrecy and intellectual property rights. We have to be genuinely open and have access to information.

We have to dismantle the enormous parasitic development in modern capitalism known as the financial sector.

We couldn’t have democratic planning and let hedge funds continue.

We have to put the population at large in control of money.

Planning means trying to predict consumption patterns rather than leave everything to the chaos of the market.

A number of decisions would have to be made on key issues.

Firstly, what are we going to decommodify and provide for free because we all need it?

Some things are obvious, like education, childcare, transport, housing and health.

But then you can start having debates. What about films? Should they be free?

These discussions assume that everyone will do a certain amount of labour to produce things.

So we need to decide on hours of work.

We will have to make decisions about a minimum and a maximum wage.

We need to make decisions on a reserve fund—how much do we hold back for investment in the future?

Other questions will have to be dealt with. How do we deal with the environmental damage that capitalism has wreaked on the globe?

Some people think it is too complicated to do all of this. But why should it be hard for people to organise themselves and make decisions?

In a socialist society, based on co-operation, firms producing the same thing could co-operate to produce things.

This would have enormous benefits. It would cut down on the waste of competition.

It would also generate solutions to specific problems faster.

If scientists co‑operated to find a cure for cancer, for example, rather than working separately for competing firms, they’d be much more likely to find one.

A socialist society comes out of the real struggles of people and gives economic democracy to the mass of people.

It’s about people deciding through messy structures how society should be organised.

The Marxist archeologist Gordon Childe said that before class society there was a massive explosion of invention.

In a post-capitalist society, shorn of managers, advertising and all the other nonsense of capitalism, the creativity of millions will be unleashed.

The possibilities for people to make themselves anew, as the revolutionary Karl Marx put it, is immense. 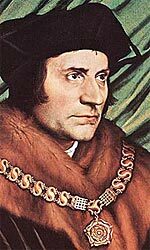 What happens after storming parliament?