Poisoned by profit: how the banana trade shaped history

In Gabriel García Marquez’s novel One Hundred Years of Solitude, the banana company brings modernity and then doom.

He wrote that the company “changed the pattern of the rains, accelerated the cycle of harvests and moved the river from where it had always been”.

It imported “hired assassins with machetes” to run the town—and unleashed a “wave of bullets” on striking workers.

For much of the 20th century, US banana company United Fruit dominated portions of almost a dozen countries.

It was, as Peter Chapman wrote in his history of the company, “more powerful than many nation states, a law unto itself and accustomed to regarding the republics as its private fiefdom.”

The company began almost by accident when railway construction boss Minor Keith grew bananas to sell to his workers in Costa Rica.

Over the next few years, Keith offered railway lines to many Central American governments in return for land and tax exemption. Only then did his United Fruit company set out to turn the banana into a product for mass consumption.

The result was huge plantations in Costa Rica, Honduras, and Nicaragua. United Fruit also had the largest private navy in the world, the “Great White Fleet”. It defined the modern multinational corporation at its most effective—and most pernicious.

The company was established in 1900 after the merger of several banana, steamship, and railroad companies. It eliminated all competitors through aggressive acquisitions or merciless price wars. These acquisitions continue to this day.

By 1913, 50 percent of Costa Rican exports were bananas, and 35 percent coffee. Bananas made up half of Honduras’ exports and 65 percent of Panama’s. Guatemalan exports depended on bananas by 6 percent—but this rose to 30 percent by the 1930s.

The fortunes made by banana magnates failed to trickle down to the countries growing the fruit. United Fruit developed a speciality method for dealing with the unrest that followed—coups. Chapman wrote, “United Fruit had possibly launched more exercises in ‘regime change’ on the banana’s behalf than had even been carried out in the name of oil.”

From the 1920s, United Fruit controlled more than 70 percent of the banana business.

If bribery and blackmail failed to protect its privileges, the company would pay local rebels, or hire mercenaries.

US banana corporation Cuyamel Fruit invaded Honduras in 1910. Later it almost went to war with neighbouring Guatemala due to rivalries between the firm and United Fruit. In the end United Fruit bought Cuyamel and by the 1930s had consolidated its power as the world’s major banana producing and marketing company.

At the same time the US achieved its political pre-eminence in Central America by direct military intervention in support of its companies, particularly United Fruit.

In 1928 United Fruit said it needed US troops to break a strike in Colombia. Colombia’s government used its own troops to pre-empt invasion and shot scores of workers dead in what became known as the Banana Massacre.

There was resistance. In 1919 banana workers in Honduras demanded a wage rise and protested against the government’s generosity towards United Fruit. They won. But more often, workers lost.

In 1930 and 1932 the Honduran army and United Fruit troops brutally crushed strikes. A United Fruit lawyer, Manuel Galvez, took over control of the country. In May 1954, banana workers struck for higher wages and better working conditions.

This encouraged other strikes all over the country. Workers settled with a 21 percent wage increase—they had demanded 71 percent—and health care for their families. It was worse in Guatemala. This was a company country. Between 1898 and 1921 General Manuel Estrada Cabrera sold the country wholesale to United Fruit.

He ruled with military repression and fraudulent elections. In one election he got half a million votes and his closest opponent got three. One former United Fruit executive said the firm chose Guatemala for its earliest activities because its government “was the region’s weakest, most corrupt and most pliable”.

General Jorge Ubico took over in 1931. He passed vagrancy laws ordering all Indians who owned little or no land to work for local landowners for at least 100 days a year. Ubico made it legal for landowners to murder rebellious Indians. He banned what he called Communist expressions such as “trade union”, “strike”, “labour rights” and “petitions”.

He went so far as to decree the word “workers” illegal.

Left wing president Jacobo Arbenz tried to roll back United Fruit’s dominance during the 1950s. In February 1954 United Fruit lost 173,000 acres of a 253,000-acre plantation to government land reform. The government calculated the land value at £700,000, based on the amount declared by United Fruit for tax purposes.

The company protested and claimed that the land was actually worth £7052,358.

But a coup got rid of Arbenz later that year. John Foster Dulles’ brother was head of the CIA that organised the coup. Virtually every major US official involved in the plotting for the coup had a family or business connection to United Fruit.

United Fruit faced some permanent expropriations after the Cuban Revolution in 1959. It feared that other countries might look to Fidel Castro’s success as an example. An attempt to overthrow Castro in the Bay of Pigs invasion in 1961 was an important failure. The boats for the invasion came from the United Fruit fleet.

In the following decades the company sold large swathes of land in Central America—but held onto its economic grip as well as it could.

Ultimately United Fruit overstretched itself and collapsed, mired in scandal and the suicide of its CEO in the 1970s. It was sold off in pieces and now lives on as Chiquita.

It used them to clear farmers who refused to sell it land.

Fyffes banana company—based in Ireland—and Chiquita did a deal to merge earlier this month. When the deal is complete, the new firm will operate across 70 countries, selling more than 180 million boxes of bananas a year.

The deal is called a corporate inversion. Most inversions result in billions of dollars in tax savings as a corporation formally moves to a country with a lower tax rate, such as Ireland.

In 1986 an Irish distributor acquired the Fyffes brand from United Brands, the company now known as Chiquita. Now Chiquita has taken it back.

Low taxes on profits made Ireland a gateway for importing bananas into Europe. Although technically Ireland was producing bananas—by ripening them—so increasing the tax breaks.

Squabbles between competing bosses led to a 20-year banana trade war between the European Union (EU) and Latin America. It centred on Latin American banana exporters protesting against EU tariffs.

These were supposedly put in place to protect small growers in Africa and the Caribbean. Fair trade bananas became part of this row because the EU and Fyffes claimed their bananas were produced more fairly.

In reality it was a part of a wider war over subsidies and trade agreements. It did little for farmers—but it helped supermarkets to look ethical.

The row ended in 2012 and prices plummeted. The supermarket price of bananas in Britain has halved in the past ten years.

But banana production costs have doubled over the same period.

The cost of a banana is now roughly half the price of an apple grown in Britain, despite the bananas having travelled thousands of miles. Four firms—Chiquita, Fyffes, Fresh Del Monte and Dole—control more than 80 percent of the global banana trade.

The names may change, but rapacious multinationals still dominate the banana industry. 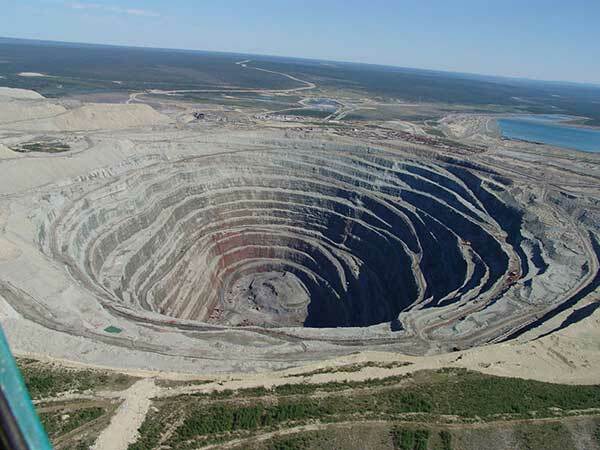