This article is over 13 years, 5 months old
The US and Poland’s leaders have escalated the militarisation of Europe and the tensions between the West and Russia.
By Andy Zebrowski, Workers Democracy
Downloading PDF. Please wait...
Tuesday 19 August 2008

The US and Poland’s leaders have escalated the militarisation of Europe and the tensions between the West and Russia.

They signed a preliminary deal on the Polish part of the so-called missile defence “shield” last week. As has been pointed out by many, from the radical writer Noam Chomsky to neoconservatives who feel they have nothing to hide, the shield is in fact a very aggressive weapons system.

It is designed to allow for more frequent US military interventions since “we can attack you but you cannot defend yourselves because your missiles will be shot down”.

Poland borders a small part of Russia – the Kaliningrad enclave.

The missiles are to be located near the Baltic coast, which is only about 100 miles away.

Recently it had seemed that Poland’s centre-right government, led by Donald Tusk, was waiting for the US elections before moving ahead with the deal. Meanwhile Polish president Lech Kaczynski, who is in another centre-right party, wanted the shield without any preconditions.

The government demanded that Patriot missiles be added to the ten missile interceptors that are part of the “shield”, as it thought they would provide a stronger defence for Poland.

The US initially stalled, but the war between Russia and Georgia over South Ossetia pushed both the US and Poland to make a quick deal with concessions on both sides. So there will now be a battery of Patriots missiles.

Since Russia was clearly strengthened by the Georgian war it was important for the US to score some points of its own.

It is clear the new missiles are aimed at Russia, although this was denied by the US and Poland until the Georgian war.

The denial is still the official line but something has changed. On the second day of fighting, president Kaczynski said that the war showed that Poland needed the missile shield. If the shield is not aimed at Russia why should this be so?

Many argue that the new missiles hardly constitute an adequate counter to Russia’s arsenal of weapons. But the significance of the missiles is much greater than their immediate firepower.

For the first time since 1992 Poland will have a superpower’s armed forces permanently based on its territory.

This means that the door is now open – in the coming years it will be easier to increase the US military presence in Poland.

The US bases will be ex-territorial, like embassies, so real decisions about how to use the interceptors will belong to the US.

Since 1990 all governments and presidents in Poland have sought closer ties to the US.

But Poland is now even more closely embedded in the US’s geopolitical strategy.

Two days before the deal Kaczynski was in Georgia’s capital Tbilisi.

Alongside the leaders of the Baltic states and Ukraine, he tried to push the West to take a more aggressive stance towards Russia, declaring, “We are here to take up the fight.”

It is worth noting that the authorities are trying to accustom the public to growing militarisation. Last year on Poland’s Army Day, 15 August, there was a military parade through Warsaw’s streets – something that hadn’t been seen since 1974 when Poland was still in the Eastern Bloc.

This year the parade was even bigger. Kaczynski said that, “There can be no saving on the army.” But we have seen that there can be savings on things like health and education.

Before the war in Georgia most people in Poland opposed the missile shield. But because of the continual media barrage concerning the “Russian threat”, a recent poll found that there is now a majority in favour.

It is our job to make this change temporary.

In any case the public mood is definitely not jingoistic. A second poll conducted during the Georgian war found that what the pollsters called the “softer” policy of the prime minister towards Russia was favoured by 46-30 over the “harder” line of the president.

These differences are less important than Tusk and Kaczynski’s agreement on the missiles. But the polls show that many people are unhappy about Polish politicians escalating tensions.

Another poll found that 57 percent said yes to the question, “Should Poland support Georgia in the conflict with Russia?” But what was most interesting here was that 35 percent said that they didn’t think Poland should support Georgia – a big proportion given the deluge of pro-Georgian propaganda and the fact that Poland was historically occupied by Russia.

The Stop the War Initiative (ISW), which unites various political organisations, trade unionists and non-aligned activists organised a protest in less than 24 hours before the preliminary deal was signed. One of the most popular slogans was, “We’ve had Moscow, we don’t want Washington.”

Local councillors from Slupsk, near where the missile shield is to be sited, have invited ISW coordinator Filip Ilkowski to a meeting in the town this week.

A further protest is being organised for Condoleezza Rice’s formal signing of the deal, which will probably take place this week, and a bigger demonstration is planned when parliament reopens after the holidays.

The anti-war movement is going to have its work cut out in the coming months and years. 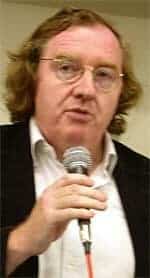 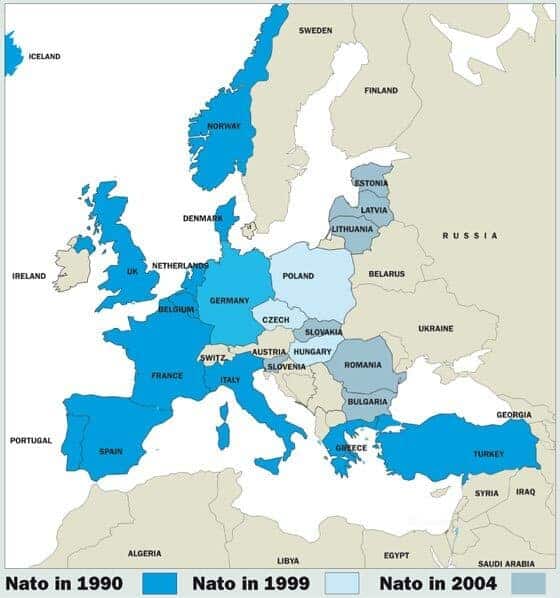