This article is over 17 years, 0 months old
What is it like to take part in a revolution? And what problems emerge after the first flush of victory? Participants in Portugal’s revolution spoke to Matthew Cookson
Downloading PDF. Please wait...
Saturday 25 June 2005

ON 25 April 1974 army officers overthrew the 50 year old fascist dictatorship in Portugal. They were disgusted at the wasteful and brutal colonial wars being waged by the Portuguese state in Mozambique, Angola and Guinea-Bissau.

They were also reacting to the resistance shown by Africans who were fighting back and winning in those colonies.

The Portuguese army officers were known as the Armed Forces Movement (MFA).

Their coup unleashed a torrent of workers’ activity and unrest in the army that could have turned a democratic revolution into a socialist one.

Revolutionary left wing parties grew enormously and had a large impact on workers and soldiers.

For 19 months rulers everywhere were terrified by the events in Portugal as government after government fell in the face of the movement.

Fernando Rosas, who is a history lecturer and a Portuguese MP for the radical Left Bloc, explained the background of the revolution to Socialist Worker:

“In Portugal a coup d’état transformed itself in a revolutionary process. Young conscripted officers took power with a very successful coup, mainly in the capital Lisbon. They cut the head off the armed forces by getting rid of 100 generals.

“There had been a high level of social and political tension towards the end of the dictatorship.

“With the triumph of the coup a mass movement exploded spontaneously across the country. Workers occupied factories and took part in enormous demonstrations.

“This was the first phase of the Portuguese revolution—and it was not decreed by the political parties of the left. People came out because they felt the power to change the world was in their own hands.

“You cannot understand revolution just by reading books about it, you only understand when you live it.

“We felt everything was possible. A humble woman worker feels herself able to rule cities. Day to day life changes. That is the revolution. No one controlled this phase.

“I was 28 at the time and a member of a Maoist organisation. I spent every hour of the day making the revolution.

“The Communist Party launched an offensive against parts of the far left in May 1975 in an attempt to reinforce its position in the army.

“COPCON, the operational command of the armed forces, put me in prison. I was imprisoned twice—once under fascism and again by the Communist Party.”

Bruno Ponte, who had been in exile in Britain, told Socialist Worker, “After 25 April the political exiles were able to come back to Portugal. My partner Clara Queiroz had been thrown out of university under fascism.

“There were meetings in all the universities that kicked out lecturers associated with the old regime and invited back all the expelled students.

“We got involved in politics straight away. For one and a half years it was fantastic.”

“There were demonstrations almost every day,” said Bruno. “People occupied the land and the factories. There were mass meetings in which everyone could participate.

“People had been silent for 50 years, now everyone was speaking. People had power, up to a certain point, in the streets and in the factories.

“There was lots of contact between the workers and the soldiers. After a mass rally in Lisbon somebody said in their speech that we should go and liberate the soldiers held in a military jail.

“Thousands of people moved to the other side of the river. People hijacked buses to get there and we liberated the soldiers.

“The police were almost non-existent at this time. But the town was incredibly secure.”

“There was such a friendly atmosphere. I crossed Lisbon at 4am a number of times without fear,” said Clara.

Bruno said, “At the multinational Plessey factory the workers’ committee was comprised mainly of women, who before had never had any possibility of doing anything.”

Clara said, “Under fascism everyone had been afraid of their neighbours, of being informed on. But now came the explosion and people came to the streets. The informers had vanished.

“Illiterate women made speeches. People could express what they were feeling.

“We started to trust in ourselves. Women sensed they had a special role. We had a slogan that we were the slaves of the slaves. Women understood the situation and spoke out.

“The Catholic radio station Renascensa was occupied by the workers. Everyone had their transistors tuned to the station to hear what was happening. It told people to come to protest in the streets or support occupations.

“The ruling class were so worried they bombed the radio station.”

The militancy and the strength of the movement terrified those at the top of society. General Antonio de Spinola, the new president, tried to organise a coup by calling on the “silent majority” to protest in Lisbon in September.

A huge mobilisation by workers, pulling in the soldiers behind them, stopped Spinola’s plans and forced him to resign.

“After this there was a major struggle to decide what the revolution’s destiny would be,” Fernando Rosas told Socialist Worker. “Would it be a socialist revolution or a Western democratic one?

“The other field ranged from the extreme right through to the Socialist Party and non-revolutionary members of the MFA.

“After March 1975 when the right tried another failed coup with general Spinola there was a huge process of radicalisation and a near civil war between the right and the left.”

But the role of the Communist Party, which looked to Stalinist Russia as its influence, and the Socialist Party, which was sponsored by the West, were vital in containing the revolution.

Fernando Rosas said, “The Communist Party leader, Alvaro Cunhal, who died two weeks ago, didn’t want the question of power to be decided in the streets and the factories. The Communist Party wanted to reinforce its leadership of the state from above.

“These tactics failed in spring and summer 1975 when it lost its prime minister Vasco Goncalves from the government.

“It also lost important positions in the Revolutionary Council, the leading organ of the revolution after March.

“Then the right used an attempt by the left to control the parachute bases as a pretext for its coup of 25 November.

“This was the end of the revolution. However, the gains of the left such as the occupation and nationalisation of the land, were kept by the constitution of 1976.

“But there was a double compromise by the Communist Party. It accepted that elections were the only way to run society and also accepted that the military would no longer be a political movement and would assume its traditional role of accepting orders from the government.

“The Socialist Party won the 1976 elections by a huge majority. Step by step the economic gains of the revolution were taken away.”

The defeat of the left in the army had a deep impact on the workers’ movement, which never recovered. The world’s rulers breathed a sigh of relief at averting a radical revolution.

But the sense of power ordinary people had and the possibilities that existed for 19 months in Portugal have not gone away.

Timeline of the Portuguese revolution 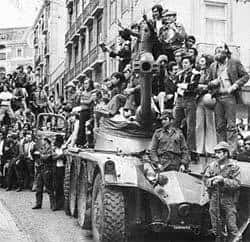 SUV and the disintegration of the Portuguese army 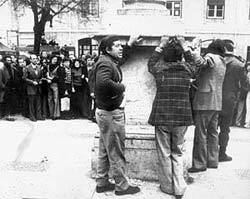 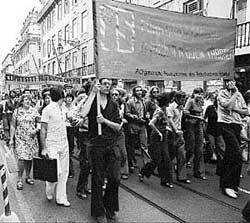 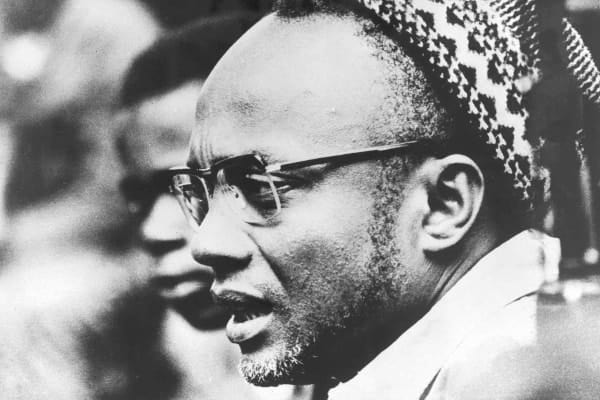