The Qinetiq scandal is a tale of public assets sold on the cheap by New Labour. This only benefitted a giant US corporation and a handful of rich individuals.

In 2003 New Labour took the decision to privatise part of Ministry of Defence (MoD)’s defence evaluation and research agency.

In the first phase of the sell-off, a public private partnership, Qinetiq, was established in which the US private equity company, the Carlyle Group, bought a 33.8 percent share.

The architect of this privatisation was the then chancellor, Gordon Brown. His frenzy of privatisation has seen £52 billion of public assets sold off at knock-down prices since 1997.

Even though only a small part of this massive sell-off, Qinetiq has come to symbolise it.

When the privatisation was completed in 2006, the Carlyle Group saw its £42 million investment increase in value in three years to £374 million.

The ten senior civil servants responsible for taking the company into the private sector saw their personal investment of £540,000 transformed into £107 million, turning them into multi-millionaires, courtesy of New Labour.

Mark Serwotka of the PCS civil service workers’ union described the affair as “obscene”. It has been condemned by Liberal Democrat and Tory MPs and even by the Daily Mail.

The government has defended the privatisation as a good deal for the taxpayer.

While attention has focussed on the financial scandal involved in the Qinetiq privatisation, what has largely gone unremarked is what it tells us about the British state’s increasing integration with the US military-industrial complex.

The involvement of the Carlyle Group in the privatisation was not just a commercial decision, but a political one. A key component of the US military-industrial complex was invited to buy a share in the MoD’s research establishment.

New Labour is leading the world here – no other major government has gone so far along the road of integrating its defence establishment with the US.

The Carlyle Group’s representative on Qinetiq’s board is George Tenet, CIA Director at the time of the Iraq invasion, which nicely symbolises the relationship.

What is the Carlyle Group? It was established in 1987 in order to exploit tax loopholes in Alaska, and really only took off in 1989, when Ronald Reagan’s former secretary for defence, Frank Carlucci, became chairman.

Carlucci bought in George Bush senior, John Major, James Baker and others as advisers and even gave a job to George Bush junior in 1990.

The future president was put on the board of Caterair – a subsidiary providing in-flight meals for airlines. Needless to say he was not up to the job and resigned in 1994, a year before the company went under.

For a time the Bin Laden family were among the group’s investors.

Indeed, Shafiq bin Laden was at an investors meeting in Washington on 9/11 and was famously given safe conduct out of the country by the by now president George Bush junior.

This was the company that New Labour invited to buy part of the MoD.

Qinetiq today is a beneficiary itself of one of New Labour’s largest privatisations – the sell-off of military training. It is part of the Metrix Consortium, a group charged with implementing the government’s defence training rationalisation programme.

The consortium also includes the giant US arms company Raytheon, and, quite obscenely, the Open University.

It is intended to take over not just the training of the British armed forces, but to compete in a world market for privatised military training. The proposed St Athan Academy outside Cardiff will, the consortium hope, be a world leader – training soldiers from all over the world, starting with Iraq and Afghanistan.

The privatisation will be worth over £16 billion.

Qinetiq is doing very well – war is very profitable. For the first half of 2007 company profits rose by almost 35 percent. The company celebrated by announcing 400 redundancies among its workforce.

John Newsinger is the author of The Blood Never Dried: A People’s History of the British Empire, available for £11.99 from Bookmarks bookshop, phone 020 7637 1848 » www.bookmarks.uk.com 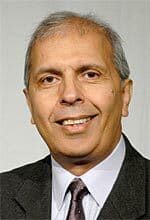 G8 solutions: ‘Crumbs from the rich are not enough’