Rebuilding the power of the rank and file

This article is over 15 years, 8 months old
In the second part of our series, Matthew Perry takes a look at Communist Party campaigns among workers
Downloading PDF. Please wait...
Tuesday 23 May 2006

For the British trade union movement, the 1930s were a turning point. A long wave of militancy that rose in 1910 crashed in May 1926 when the union bureaucracy called off the General Strike.

Union membership collapsed from over six million in 1926 to just over three million in 1933. Thousands were victimised on the railways and in the coalfields.

Yet, despite this crisis, trade union strength was reborn. This had little to do with the leaders of the unions, who were preaching cooperation with the employers.

Workers grew impatient with this. Earlier memories of rank and file activism revived and workplace organisation was rebuilt from below.

The picture varied from one industry to another. In textiles in the early 1930s, there were very militant defensive battles against wage cuts.

In mining, there was very high unemployment and employers supported “non-political” unions to rival the Miners’ Federation. These were driven out by strikes in South Wales in 1935 and the 1937 Harworth strike in Nottinghamshire.

In the Rhondda, a 13-day underground occupation by 1,500 miners won recognition for the Miners’ Federation.

In engineering, investment in new giant workplaces in the 1920s and the 1930s posed new challenges. These factories were based on rationalisation, assembly lines, large workforces and mass production. They often had union busting managements.

Unions got a foothold in the giant car plants and tyre factories after historic disputes and tireless work by activists at Press Steel, Firestone tyres, Dagenham and Longbridge.

In 1937, an engineering apprentices’ strikes led by young Communists drew younger workers into the unions.

In certain industries the rank and file strategy went even further with the establishment of unofficial organisations within unions to challenge the craven attitude of the officials.

The earliest example of this was on the London buses. In 1932, Ernest Bevin, the leader of the T&G union, agreed with the employers to a wage cut for drivers.

The 11 members of the Communist Party on the buses took the initiative of mounting a no campaign.

Bevin lost the vote four to one. Out of this campaign and the ensuing dispute, the Busmen’s Punch, a rank and file newspaper, was born.

The paper was used as an organiser. It helped recruitment to the union. It tackled bread and butter issues such as hours. It raised the political issues of the day inside the workplace. In 1933, it led an unofficial strike, which spread to 33 garages, over new work schedules.

At its height, the paper had a circulation of 10,000 and the Communist Party had 100 members on the London buses.

A second example of an influential rank and file organisation was the shop stewards of the aircraft industry and their newspaper, The New Propeller. This was born out of a dispute at Hawker Aircraft Company in 1935.

The most dynamic force behind this activity was the Communist Party. From small beginnings, its membership, influence and credibility grew considerably during the 1930s.

Its members attempted to build the confidence of their fellow workers to fight, and when necessary oppose the officials from within the union. As a participant in the victorious unofficial strike of Northamptonshire bus drivers in 1936 put it:

“In order to win through, we must stick together, even to the extent of opposing our own union officials… when such has proved emasculating in tactics and irksome in practice.”

Communists had an orientation on the rank and file, but not one that was exclusively concerned with the parochial issues of their own workplace.

They built the unions in a political way, selling the Communist Daily Worker newspaper, raising political issues and drawing their colleagues into mass movements in support of the republicans in Spain, against the means test and against Oswald Mosley’s fascist blackshirts.

Testimony to the perseverance of these activists was that trade union membership grew from 4.8 to 6.2 million between 1935 and 1939.

This political rank and fileism sowed the seeds of organisation in those workplaces that were to become the byword for trade union militancy in the years after the Second World War. 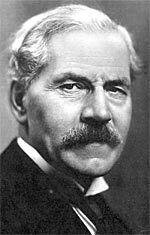 Struggle from below in the darkest of times 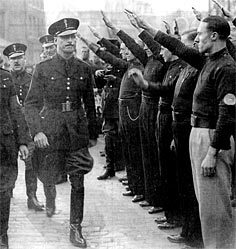 The people’s revolt against fascist threat