Algeria won independence from France in 1962 after a revolutionary war that cost more than a million Algerian lives. The French had invaded in 1830, but it took them almost two decades to crush Arab and Berber resistance.

By the time the occupation was complete, Algeria’s population had dropped from 6 million to about 3.5 million—a genocide caused by mass killings, disease and poverty.

Soon the most fertile land was seized by Europeans for wine production. In 130 years of French rule, settlers developed a luxury lifestyle and a stream of products was sent back to France.

But colonialism was a disaster for Algeria’s people. For example, in 1950 literacy stood at 10 percent among the indigenous population. In 1830 it had been over 40 percent.

The Front de Libération National (FLN) started in 1954 as a small minority in the national movement that was committed to armed confrontation with France. But the devastating violence of the French response to its early actions built support.

Soon it became the dominant nationalist organisation. Internal debates about what it was fighting for and how to win came to a head at the organisation’s Soummam Conference in August 1956.

It established a militant agenda, calling for a “social” republic after independence, with serious social and economic reforms. And it determined to take the fight to the cities and towns.

It was now that the Battle of Algiers began, employing both terror attacks against French settlers and workers’ strikes in the capital, where many Algerians lived crammed into the packed alleyways of the Casbah. An eight-day strike paralysed the city in January 1957, but was broken by repression.

The French managed to put down the FLN’s insurgency in Algiers in March 1957 and its leaders were hunted down, murdered or forced into exile. But the brutality of the French repression won new support for the rebels.

The revolution pulled in and radicalised wider layers of society. Men and women were forced to re-examine their relationships. The post-independence government estimated that 11,000 women had actively participated in the fight for liberation, with about 3 percent of these fighting in combat.

After the Battle of Algiers the FLN strategy shifted to military confrontation. The “revolution” became controlled from above. Radical urban trade unionists and students were encouraged to leave their places of work to fight in the countryside.

Yet it was the working class demonstrations in December 1960 that finally forced the French to negotiate. A four-day visit to the country by French president General Charles de Gaulle sparked mass protests, riots and strikes. Independence came on 5 July 1962. The Algerian revolution had triumphed.

‘Some friends were beaten, others taken away, tortured and killed’

Miraoui Smain has lived and worked in the Casbah all his life. He was born in 1935 and during the liberation war he hid FLN members in a guesthouse run by his family

“At the time of the eight day strike in January 1957 there were many mouchards (police informers)—Algerians without any dignity. Some shops and houses were forced to open during the strike, but together we managed to keep it going until we knew we couldn’t hold out any longer.

“Women played a role in the strike. Algerian women are incredibly courageous but during the war they were sacred. We had a type of equality. Men and women worked together as part of a single machine during the revolution.

“During the Battle of Algiers the police would try to round us up at the bottom of the Casbah. I was caught in one of the many raids before we could get into the Casbah.

“The military surrounded us, and even some mouchards. The soldiers forced us to undress. This was against nature. They made me remove my trousers. As I stood there naked and a member of the army looked at me. He said, ‘You, dress.’

“The soldier knew that the military were in the process of doing terrible things. I was allowed to leave, and thankfully survived the war. But some friends were beaten, others taken away, tortured and killed.

“I would hide revolutionaries in our house in the Casbah and when they spent the night, I would ensure that they were ‘unknown’.

“The police ordered us to tell them who was staying, but we would hide these revolutionaries. You understand, I never calculated the risk at the time, it was just something you did.

“In life you can tolerate many things, but when you are humiliated it is hard to recover. Even the terrible period we went through in the 1990s was nothing compared to what we lived through under the French.

“I demonstrated and celebrated when independence came. I was delighted about what happened. To this day I still live in the Casbah. Here I am as I have always been and I feel like a prince.”

Moutif Mohamed grew up in Algiers during the revolution

“My father died of the injuries he received being tortured by the French during the revolution—but they took years to kill him. He kept his political involvement from us—he didn’t want to put us in danger. He died in 1970 aged 49.

“He had been stopped by the police when walking through the Casbah in 1957. They threw him in a police truck and took him to the station. They held him in a concentration camp for three months. He returned a broken man.

“During the revolution we listened to the radio, The Voice of Fighting Algeria (the FLN station broadcast from Cairo), to understand what was happening.

“There was lots of static and my father would say, ‘Be quiet, let me listen to what’s going on.’ Then he would say, ‘You see my son, we are fighting the French. We have an army.’

“At the time we lived right next to the road and he was worried that we would be heard listening to the radio. He told us, ‘Be careful, we don’t know who is behind the door, the military might be passing.’ If the French had found the radio they would have burnt it.

“At independence in 1962, it was pure joy, we were free. No one told you what to do. We were at home. There were no more curfews, nothing. But I was out of work, like many young men, we relied on my father until I found work in 1964.”

Women in the front line

Djamila Bouhired was one of three female FLN militants who planted bombs in the European areas during the Battle of Algiers in 1957. She recalled in 1993:

“We had visited the site and noted several possible targets. We had been told to place two bombs, but we were three, and at the last moment, since it was possible, we decided to plant three bombs.

“Samia and I carried three bombs from the Casbah to Bab el Oued, where they were primed. Each of us placed a bomb and at the appointed time there were two explosions; one of the bombs was defective and didn’t go off.”

Djamila was captured after a shoot out and sentenced to death. A mass campaign halted her execution and she was released as a national hero at independence. 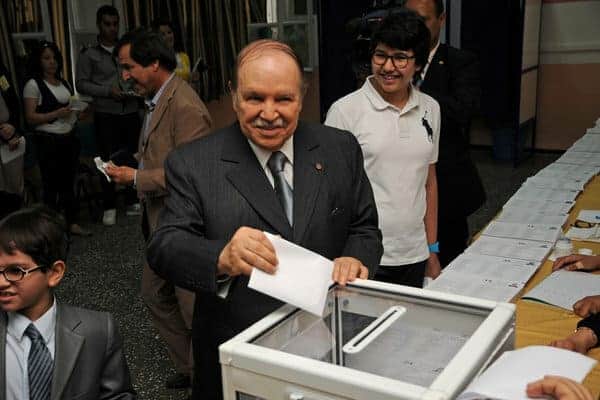