This article is over 7 years, 4 months old
We are told that the police failed to investigate child abuse in Rotherham because of ‘political correctness’. But here a victim of child sexual exploitation, a lawyer and an abuse expert tell Sadie Robinson about the links between abusers and the cops in the town
Downloading PDF. Please wait...
Tuesday 17 February 2015

Police refused to investigate child sexual exploitation in Rotherham because of their links with abusers, according to damning new revelations.

Professor Alexis Jay reported last year on child sexual exploitation (CSE) in the South Yorkshire town. She estimated that at least 1,400 children had been abused over a 16 year period.

Right wing newspapers claimed police were too “politically correct” to pursue Asian abusers. But it seems there could be another explanation for the cops’ lack of action.

Jessica became a victim of CSE in Rotherham when she was just 14 (see below).

She suffered sexual, physical and mental abuse for over two years—and said police repeatedly refused to take any action.

Jessica told Socialist Worker, “A lot of police officers were corrupt and they were working for my abuser. I know that because of things I’d seen when I’d been with him.

“One time I went missing. I was with my abuser and an officer came in a marked car. He told him, ‘I’ve come to give you a heads up that there could be a warrant out for your arrest’.

“Another officer bought steroids from him. Once the police found me in bed with my abuser—but I was the one who got arrested.”

Jessica’s claims are supported by lawyer David Greenwood, who represents 38 women who suffered CSE in Rotherham.

David told Socialist Worker, “I think there are links between police and abusers. This is partly because of the statistics—huge numbers of victims, yet very few being taken seriously.

“There’s also some oblique evidence from girls of fairly close links —such as that police and perpetrators have spent social time together.”

Reports by Dr Angie Heal in 2003 and 2006 said those sexually exploiting children were often connected with the illegal drugs trade. 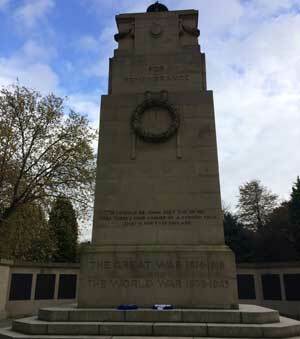 The cenotaph at Rotherham’s Clifton Park, where many victims say they were abused (Pic: Socialist Worker)

David said, “This is probably the most likely reason that police are too close to these criminals. It has to have money at its heart.

“It’s difficult to avoid the conclusion that there was some kind of unofficial policy of not taking the abuse seriously within the police.”

David pointed to widespread anger among victims about how police treated them. “Most of the women I represent have complained about a poor police response,” he said.

“This ranges from police seeing girls in the back of men’s cars and taking no action to refusing to pursue complaints of serious sexual assault.

“Five girls I know have said they complained directly to police about serious sexual assault and that police either dissuaded them from pursuing the complaint or refused to acknowledge it.

One officer has been referred to the Independent Police Complaints Commission over passing information about victims to abusers and having sex with a victim.

The group Parents Against Sexual Exploitation of Children (Pace) complained to the Home Office in 2002 about suspicions of links between police officers and abusers.

Fleur Strong from Pace told Socialist Worker, “The suspicions came directly from one of our workers in Rotherham.

“Since that time more people have come forward, including victims, who have also said they suspect links between police and abusers.”

Adele Gladman worked for Pace and produced a report into abuse in Rotherham in 2002 which criticised the police and council. Police were furious with the report and it was never published.

Adele said a police officer approached her outside her office. “He and a colleague said words along the lines of ‘Wouldn’t it be a shame if these perpetrators found out where you and your family lived’,” she said.

“And I took that as a direct threat to my personal safety. The message was very clear.”

Fleur said that those trying to protect victims in Rotherham faced hostility and that the Pace worker was “hounded out” of the town.

“We were never welcomed,” she said. “Individuals felt they were at personal risk—that they could be set up or compromised. 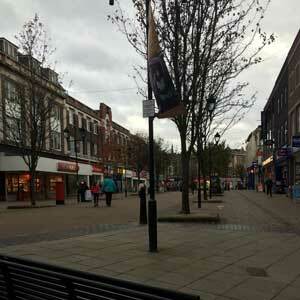 “It’s a very frightening situation to be in—and the people feared were meant to be on your side.”

But victims, abuse experts, and those working with abused children say the problem is much bigger—and it is not new.

David said, “Street exploitation is an important sector. But most abuse I encounter happens in families, with parents abusing children, or in institutions.”

Others point out that dominant attitudes in society, not those in one particular religious group, are the problem.

Fleur said, “This isn’t just a story of one town that has gone wrong. Rotherham is much more indicative of an attitude that exists across Britain.

“Some young people are written off before they’ve even gone to school.

“It is seen as okay for some men to have sex with those girls because they ‘weren’t going anywhere’.”

Fleur stressed that abuse cases are complex and often misunderstood. She said, “People think, ‘why do girls return to their abusers? They must have enjoyed it’.

“But victims suffer emotional trauma. And sometimes they believe they or their families will be at greater risk if they don’t return.

“It’s still the case that responsibility for stopping the crime is being put on the victim. I don’t think people understand the living hell that is CSE.”

Youth teams can play a key role in identifying young people at risk or suffering abuse, and providing practical support.

But they are often the first thing to be cut when councils are told to get spending down.

Tackling abuse needs more resources, not less. But David said, “The short answer to whether victims in Rotherham have had support is no. The situation in Rotherham is still dire.”

“We need more specialist CSE teams,” said Fleur. “And children should be referred to them even if they are low-risk—before they become high-risk.

“There should also be more resources put into prevention. But it is much better for vote-winning to put money into fighting crime instead of preventing it.”

It started for me when I was 14. I met the man who became my abuser at some shops when I was out with friends.

He was 24 and had just got out of prison. He was known to the police and social services, not just for grooming. He was involved in all sorts of crime.

Days after I met him my mum and dad reported the abuse to police and social services, but I wouldn’t make a statement. At the time I thought I was in love.

I got pregnant after about four or five months and had an abortion. I’d wanted to keep it but my abuser threatened me. He said he might go back to jail. Then he said all his friends would get me.

My parents ended up putting me into care. But social services arranged it so I could go out with him as long as I was back by 10pm. They thought he was charming.

At one point he tried to kill me and I was rushed to hospital. Social services were told that my life was in danger. Police kept saying there was no evidence of abuse.

I got pregnant again by my abuser when I was 15. Meanwhile he got locked up for a separate offence.

My parents brought me home after I gave birth and I managed to get away from him for a while.

I remember police officers calling me a slag. I remember one saying, ‘I can’t wait to nail you’.

Hassan Ali, the officer who was killed last month, was one of the officers involved in my case. He was always in contact with my abuser.

Eventually I had to cut my ties and move. I’d got a court order to say that my abuser wasn’t allowed near me or he would be arrested.

He had someone sat outside my flat 24 hours a day. Police said they couldn’t do anything because I lived on a main road. It was excuse after excuse.

My abuser got cars smashed up and my sister was nearly run over. My mum, dad and nannan had to move.

I only realised about three years ago that I had been groomed. I’d thought he was my boyfriend who hit me and slept with other people. I thought that was normal.

When I realised, I felt like my entire life had been a lie. I hit rock bottom and felt suicidal. I actually did try to end it. I don’t want anyone else to go through that.

The council needs to put things in place to support victims. And education about CSE needs to be mandatory. The more people who know what abuse is the better.

I want to remain positive. It’s hard but the more of us that stand up the more chance there is of getting justice.

Jessica’s name has been changed

Zlakha Ahmed is from Apna Haq, a charity that supports Asian women and children suffering domestic violence in Rotherham.

She told Socialist Worker, “We have been supporting Asian women for 21 years now. And a number of them have come forward to say they were groomed and sexually exploited as children by Asian and white men.

“It isn’t the case that child abuse is only about Pakistani men abusing white girls.

“I think this is about Islamophobia. People talk about the problem being Pakistani men and then this becomes Muslim men.

“It is said that they abuse white girls because they respect ‘their own’ girls.

“This is dangerous. It makes it harder for Asian victims to come forward. And it has allowed groups such as the racist English Defence League (EDL) to jump on the bandwagon.”

Rotherham trades council backed a statement earlier this month in response to the new Casey report and the resignation of the council.

It condemned the authorities for failing victims. It also expressed “concern and opposition” to Tory minister Eric Pickles’ imposition of commissioners.

The statement called for all perpetrators to be prosecuted and for those in authority who blocked investigations to be brought to justice.

Local campaigners plan a public meeting on 27 February and a unity event in the town on 28 February.