This article is over 7 years, 9 months old
Revolt swept across Eastern Europe 25 years ago, toppling the Berlin Wall and the Stalinists who built it. The real socialists were cheering, argues Tomáš Tengely-Evans
Downloading PDF. Please wait...
Tuesday 04 November 2014

“All that is solid melts into air,” wrote Marx and Engels in the Communist Manifesto of 1848. Their description of seemingly indestructible societies falling apart was particularly apt in 1989.

A revolutionary process began that year which destroyed the world order in Europe. The Eastern Bloc countries fell first, and shortly after came the Soviet Union that had controlled them since the end of the Second World War.

As millions took to the streets, regimes which described themselves as “socialist” stood exposed as brutal dictatorships.

In October, East Germany’s rulers were celebrating the 40th anniversary of its founding. The ruling SED was among the most hardline Stalinist parties. It thought its repressive state apparatus would forever protect it.

But discontent was brewing. Groups of radicals who had previously huddled isolated in churches now found that first hundreds, then thousands, were ready to answer their call. A similar spirit gripped workers in country after country.

The Polish regime had already been forced to accept free elections after years of crisis. Hungary had opened its western border, revealing the first chinks in the Iron Curtain that separated East from West.

Within a month of East Germany’s anniversary celebration one million people joined a protest against the regime. Less than a week later, on

9 November, hundreds of people were breaking apart the Berlin Wall the country’s rulers had built in 1961 to stop people from fleeing.

Scenes of young people from the East and West dancing as they tore down huge chunks of the concrete structure spread like wildfire.

In Czechoslovakia, high school and university students marched through Bratislava on 16 November. The next day students in the capital, Prague, marched in much greater numbers. This time riot police brutally suppressed the protest and in turn triggered the “Velvet Revolution”—so called because it swept out the old regime with little violence.

The Communist Party leadership and government resigned, and were replaced with a less hardline regime.

But for the new government, the writing was already on the wall. Graffiti appeared in the capital reading, “To the general secretary—a general strike”. By the end of December  Communist Party rule was over.

In November, Romania’s Communist Party rubber-stamped the re-election of Nicolae Ceausescu as party leader for another five years. Ceausescu, probably the most feared dictator in Eastern Europe, used his acceptance speech to denounce the wave of revolt in the Eastern Bloc. He promptly sent tanks against protesters in Timisoara and Bucharest.

But vile repression backfired as workers’ struggle forced him from office on 21 December, and he was executed on Christmas Day.

The Eastern Bloc’s seemingly intransigent rulers had tumbled one after another in less than one year. The state intimidation that kept order for so long suddenly lost its hold as workers rose up against what were officially “workers’ states”.

Western leaders declared that the 1989 revolutions were a triumph for the free market and proof that there was no alternative to capitalism.

Many on the left agreed—including those who were critical of the East Bloc. Some thought the Soviet Union and its satellites were flawed but progressive societies. Many also felt that without them, US power would now operate unchecked.

Socialist Worker, however, welcomed the revolutions. Under the slogan, “Neither Washington nor Moscow but International Socialism,” we had long supported workers against the regimes.

We understood that so long as socialism was associated with barbarous Stalinist regimes it had no future. We also knew that only real workers’ states could genuinely challenge imperialism.

For us, Russia and its satellite states in Eastern Europe were societies which had the exploitation of workers at their very core. They were “state capitalist”.

The ruling class—the state bureaucracy—operated in a similar way to capitalists everywhere. That is, a small group exploited the majority and used some of the wealth they stole to line their own pockets, while investing the rest for future exploitation.

But the bureaucracy was also locked into military and economic competition with the West. It wanted the power to control its sphere of influence, and the lives of workers at home upon whom it depended.

In the East, this process required massive repression with strict censorship and large secret police networks.

In part, this was because there was always a danger that workers would believe in the ideals of freedom and socialism that their countries’ rulers leaders claimed they stood for.

Those who opposed the regime faced hefty prison sentences and sometimes death.

However, the perpetual drive to accumulate more capital meant the state capitalist regimes were unstable and faced continual workers’ resistance.

In less than a week all the old industrial centres were in the grip of a general strike. Protesters burnt party buildings and police stations. Russian tanks put down the movement.

Workers in Hungary formed a workers’ council in Budapest during the Revolution of 1956. Again it was Russian tanks that put them down.

In northern Poland there was almost a situation of “dual power” in the early 1980s, as workers began to run things during a mass strike.

These struggles, and many more besides, show that choices were not limited to support for Stalinism or Western capitalism. It was also possible to talk about the struggle for workers’ power.

The revolutions of 1989 represented a sideways move from state capitalism towards free market capitalism. Some who joined the movement hoped that they would soon enjoy living standards close to those of West Germany.

Those hopes were to be cruelly dashed. But the people in the streets wanted far more than better living standards, they wanted to live in a society that was no longer characterised by hypocrisy and a huge gap between the rulers and the rest.

Today, as millions in Russia and eastern Europe are denied jobs or forced into poverty pay, the spirit of revolt is needed once again to finish the job started in 1989. 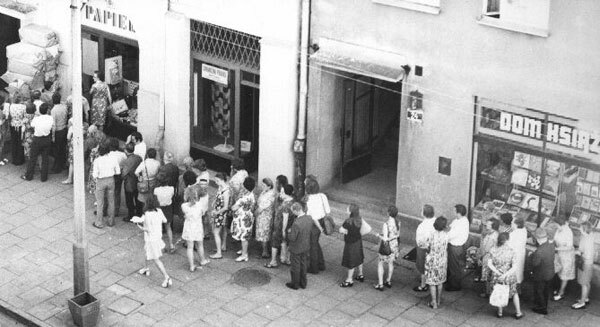 Revolutions of 1989: 'there was lots of shock and not much therapy' 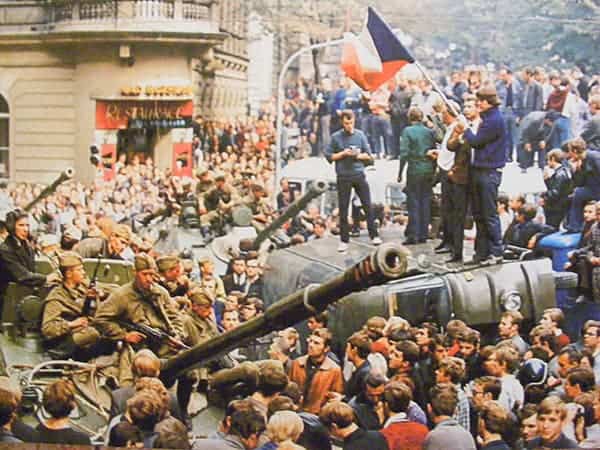