Revolutions of 1989: ‘there was lots of shock and not much therapy’

This article is over 7 years, 7 months old
Socialist Worker spoke to Jane Hardy, a socialist activist and writer specialising in global political economy. Her book, Poland’s New Capitalism (2009) was translated into Polish and has been read by the new left there.
Downloading PDF. Please wait...
Tuesday 04 November 2014

What effect did the restructuring that followed the revolutions have on eastern European economies?

The whole region was shaped in the interests of Western capitalism.

In 1990 large institutions, such as the IMF and World Bank, advocated “shock therapy” to restructure capitalism. In reality, this meant all “shock” and no “therapy”.

Through privatisation and foreign investment they bought up the most profitable firms and the rest were left to sink or swim.

In the period after 1990 factories closed down, while unemployment rose and workers’ wages were held down.

This also meant that the former Eastern Bloc ended up being more on the periphery of production.

What happened to the old rulers and the movements that challenged them?

To take Poland as an example, the Solidarity trade union was a powerful opposition force in 1980. But by 1989 its leadership eventually saw the “market” as the only way forward and helped to implement neoliberal reforms.

Likewise, much of the old ruling class morphed into today’s social democratic parties, and have gone along with neoliberalism.

The domestic capitalists were largely, though not exclusively, drawn from the old ruling class. There were cases of “spontaneous privatisation”, when managers would just declare themselves to be the owners.

Has the global crisis had an impact?

The first phase of “wild capitalism” was followed by integration with the European Union (EU).

In the early 2000s, much of eastern Europe had good economic growth rates.

But in some countries this expansion was based on speculative bubbles. When they burst Hungary, Romania and the Baltic states were badly hit.

In Romania, the IMF were called in and imposed a brutal austerity package—according to one estimate, public sector wages fell by 25 percent.

How has the crisis helped the right?

Many young people know so-called “communism” failed but have also felt the harsh impact of neoliberalism. They are looking for an alternative.

The social democratic parties are weak, and this gives the right an opportunity.

The best known case is Hungary, and the right wing populist party, Fidesz. It pretends to be “anti-capitalist”, but in reality it accepts neoliberalism.

This in turn has fuelled the growth of the openly fascist Jobbik party.

What about the unions and workers’ struggle today?

The economic “shock therapy” that hit workers’ living standards also hit union organisation. Some even proclaimed the death of the workers’ movement.

But there have been workers’ struggles since then and unions have rebuilt in many new industries. We shouldn’t exaggerate this, but it is significant.

There have been big protests against austerity.

The Romanian government’s proposed privatisation of health care in 2012 led to massive protests in towns, cities and the universities.

In Bulgaria there were huge demonstrations against energy price hikes that broadened out into anger against corruption in general.

Prime ministers resigned and governments fell. The problem is that such outbursts aren’t always channelled through the workers’ movement.

But it shows that the potential for resistance is still there. 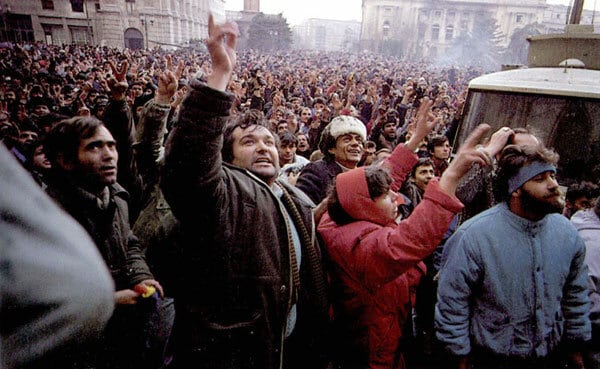