Say no to Labour’s nuclear nightmare

This article is over 16 years, 1 months old
Ministers are touting nuclear power as a solution to climate change. Tony Juniper, director of Friends of the Earth, critically examines the issue
Downloading PDF. Please wait...
Saturday 03 December 2005

Friends of the Earth has researched realistic solutions to reduce UK greenhouse gas emissions and has openly considered the view that nuclear power could tackle climate change.

We have shown how the government could meet its climate targets for 2010, in respect of electricity, and have looked at how electricity generation could change up to 2020.

Based on current scientific information, investment in a programme to construct new nuclear power plants is not justified. Nuclear power has several drawbacks that prevent it from being an achievable and safe answer to climate change.

In 2000, the Royal Commission on Environmental Pollution showed that the UK could cut its carbon dioxide emissions by 60 percent by 2050 without recourse to nuclear power.

Nuclear power currently generates about a quarter of our electricity. Yet electricity generation is responsible for less than a third of the UK’s emissions of carbon dioxide, the principal greenhouse gas.

Carbon dioxide is responsible for about five sixths of the UK’s greenhouse gas emissions.

It is often said that if the use of nuclear power was doubled, to produce around half of the electricity we use, then emissions would fall by 8 percent.

But this calculation assumes that nuclear power produces no carbon dioxide emissions.

The mining and transport of uranium, the making of nuclear fuel rods, the building of nuclear power plants, and the storage and processing of nuclear waste all lead to carbon dioxide emissions.

So no real assessments have been made based on the overall impact of nuclear power on greenhouse gas emissions. These vary depending on where the assessment is made and on what nuclear power is compared against.

In general, nuclear power comes out favourably against coal, oil and gas and worse than combined heat and power using bio-fuels.

Any future decisions on the building of nuclear power stations need to be based on a full assessment of the situation rather than on comparing nuclear power to what we know it will compare favourably to.

The most authoritative study for the UK suggests it would produce about 50 percent more global warming emissions than wind power.

Not only will the use of nuclear power not solve the immediate problem of carbon emissions, but it leaves serious problems for generations to come.

Producing electricity from nuclear power results in huge amounts of waste, and there is no agreed solution for the safe storage of this waste.

An inventory in 2001 recorded 1.75 million cubic metres of nuclear waste in the UK, most of which has arisen from civil nuclear power and reprocessing. Most of this waste will require treatment before it can be stored safely, yet 85 percent is currently stored in a raw or partly treated state.

In 1997 the government rejected proposals to build a “rock characterisation facility”, a precursor to an underground store for these radioactive wastes, at Sellafield.

The decision letter said that the secretary of state “remains concerned about the scientific uncertainties and technical deficiencies in the proposals presented by Nirex — the nuclear industry waste management body — which would also justify refusal of this appeal”.

Reprocessing of spent fuel from nuclear reactors, at Sellafield, leads to emissions of radioactive forms of hydrogen, sulphur and krypton being released into the air.

It causes releases of the radioactive element technetium to the sea.

However, radioactive contamination from Sellafield can still be found throughout the Irish Sea and beyond.

In October this year a government committee reported that the health impacts from radioactive particles taken into the body may be ten times greater than previously thought.

Uraniam enrichment technology that is essential for nuclear power can also be used to make weapons-grade uranium.

A number of countries have already used nuclear power as a springboard to make nuclear weapons. Climate change is a global problem and global agreements will be needed to prevent it. Energy generation is a major cause of greenhouse gas emissions.

And energy use is closely related to international competitiveness. It is difficult to see how a global agreement to cut emissions can be achieved if one country has access to a technology that is denied to another.

If Britain were to use nuclear power to cut its emissions, it would find it difficult to argue that other countries shouldn’t. Yet this would greatly increase the risk of nuclear proliferation.

A report commissioned by the European parliament concluded that a plane crashing on Sellafield, in a similar attack to 9/11, would be 40 times more dangerous than Chernobyl.

For more on Friends of the Earth go to www.foe.co.uk 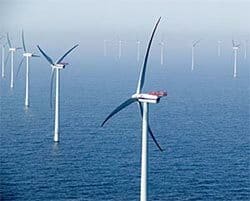 Can we save the planet?