This article is over 14 years, 3 months old
Postal workers across the country showed their determination this week and last over four days of solid strikes.
Downloading PDF. Please wait...
Tuesday 09 October 2007

Postal workers across the country showed their determination this week and last over four days of solid strikes.

Reports from the picket lines emphasised the fantastic solidarity shown to the postal workers – and the wide range of issues driving them to take action.

Many pickets felt that the strikes were stronger and more solid this time around than the last set of strikes in August.

Ray Edwards, CWU branch rep at St Albans, told Socialist Worker, “The penny has finally dropped with all our members that this is about a lot more than wages. The wider attack on terms and conditions is outrageous.”

Mark, a CWU unit rep in Cornwall, said that the media coverage didn’t reflect the range of issues that had led to the strikes. “The BBC seemed to suggest it was all about pay,” he told Socialist Worker. “But it’s a fight to keep the union from being broken.”

Pickets across the country were keen to stress the attacks they faced on their pension rights and their terms and conditions.

The enforced “flexible” working that management are seeking to impose on them is another key issue. Many spoke angrily about the kind of future these changes would herald for Royal Mail.

Amarjite Singh, secretary of a CWU branch in Cardiff, spoke to Socialist Worker in a personal capacity. “It seems clear to me that the bosses are trying to break the union and bring in changes that will make it easier to privatise the post,” he said.

One issue raised by many pickets was the CWU’s continued funding of the Labour Party.

Dave Hanrahan, a CWU processing rep in Southend, told Socialist Worker, “There’s a local campaign to withdraw funds from the Labour Party and there’s a lot of bitterness with Labour.”

Other pickets said money given to Labour by the CWU could have been better used in their strike fund.

The solidarity on the picket lines was impressive. Cambridge saw NHS and council workers from the Unison union visit picket lines, as well as members of the NUT teachers’ union.

In Luton delegations from Unison, the NUT, the PCS civil service union and the TSSA rail workers’ union went to the picket lines, while in Manchester pickets were visited by members of the UCU lecturers’ union, nurses, teachers, students and members of the National Union of Journalists.

Pickets in Aberdeen got a boost from RMT members who visited the picket line with a banner and placards. A delegation from Nottingham trades council donated £300 for the strike fund.

Thanks to everyone who sent in pictures and reports of the postal strike. 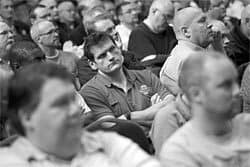 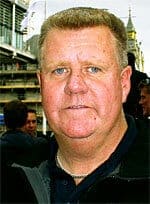 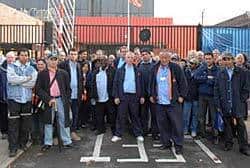 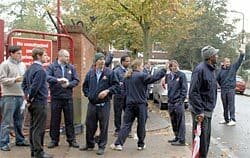