This article is over 17 years, 11 months old
Jim Nichol is now a solicitor. In 1972 he worked for Socialist Worker and helped organise the campaign to defend the Shrewsbury pickets.
Downloading PDF. Please wait...
Saturday 24 January 2004

I got involved when Laurie Flynn, who was working on Socialist Worker, dragged me up to the trial in Shrewsbury. He’d gone up there week in and week out, sometimes day in and day out.

I was there on the day Ricky and Des were sentenced. I was completely horrified at what I saw. But I also saw Ricky and Des speak in their own defence. That was extraordinary. It’s something you don’t hear often in your lifetime. Most people would never hear it in their lifetime.

There was a limited campaign going on. From then on we set out to up the profile of the whole case. I became very friendly with a number of the defendants. I went to see Ricky’s then wife, Marlene.

She was suffering from both her husband being in prison and financially. Marlene was bringing up two kids in a place that was virtually derelict.

We raised some money to keep body and soul together. We did that for Elsa, Des’s wife, as well. Me and Marlene went out on speaking tours. On one occasion we spoke at six o’clock every morning to miners at a series of pits in Wales where the men had just come off shift.

I went to see Ricky in prison. I started to send him Socialist Worker and he ended up with a little readers’ group around him. He’d hold these discussions with some other prisoners and even a couple of officers.

He came out of prison on bail in June 1974. But Ricky and Des were sent back in in October.

The Shrewsbury jailings happened at a time when in many industries the unions, or rather the rank and file of the unions, were asserting themselves against the employers and Ted Heath’s Tory government.

There was the first national building workers’ strike. That came after a series of battles on big sites such as the Barbican and Horseferry Road in London. Unofficial action and the threat of a general strike had forced the government to free the five Pentonville dockers jailed in August 1972.

Shrewsbury was about the other side isolating an important strike and making an example of it.

There were deep connections between the building giants – McAlpine, Taylor Woodrow and the rest – and the government. Lord McAlpine was the treasurer of the Tory party. There were also links with the judiciary and the police. The head of security at McAlpine was a former commissioner in Scotland Yard. There were even connections with some Labour MPs.

McAlpine and the like wrote directly to Heath calling for prosecutions. The true conspiracy was between the large employers, the government and the police to try and break a section of workers.

We are now trying to get all the documents that were held back at the time disclosed so we can pursue this miscarriage of justice.

The Tories’ overall plan in the early 1970s was thrown off track because, despite Shrewsbury, the government lost out to other groups of workers, most spectacularly the miners in 1974.

But Shrewsbury was isolated. The trade unions let people down really badly. In the run-up to the 1974 election, and under the Labour government that came in, you got the beginnings of the argument that we should not rock the boat for ‘our government’.

That affected the key working class activists, because the main politics at the time was to look to the left union leaders, who in turn compromised with the government.

The difference with the dockers was that they were highly organised at a rank and file level, and had links with stewards and convenors in other industries across London.

That was lacking over Shrewsbury. The employers learnt that lesson well. Now, with the movement reviving, we should learn it too.

Statement from the dock: ‘It’s a ruling class conspiracy’

‘The conspiracy was between the home secretary, the employers and the police.

It was not done with a nod and a wink. It was conceived after pressure from Tory MPs who demanded changes in picketing laws-there is your conspiracy.

I am innocent of the charges and will appeal. But there will be a more important appeal made to the entire trade union movement from this moment on.

Nobody here must think they can walk away from this court and forget what has happened here. Villains or victims, we are all part of something much bigger than this trial.

Des Warren speaking from the dock in December 1972. 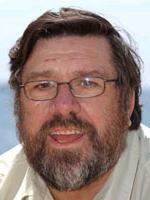