Solidarity and a workers’ paper

The paper and the solidarity fitted together really well. The meeting heard striking nursery nurse Liz McCulloch, and in total £650 was raised for their strike fund.

Even the raffle prize of two tickets to see West Brom v Stoke City got auctioned at £50 for the Scottish nursery nurses. With the paper giving excellent reports on this strike and Unite Against Fascism, it was easy to make the connection between Socialist Worker and issues that affect Unison members.’

Stoking up the resistance

AROUND 300 ex-miners and their families came to Stoke last Saturday for a day of celebration of the Great Strike of 1984-5.

The Socialist Worker special was perfect for the event, says Simon Sobrero: ‘It was part of an excellent and inspiring day which included speeches from Tony Benn and NUM general secretary Steve Kemp. They spoke about the resistance and determination of the miners and their supporters. As one who was too young to be involved in the strike, people were keen to tell me their stories. We sold 30 copies of the Socialist Worker miners’ strike special.

People were pleased we were still defending the aims and methods of the strike, and unashamed of class struggle. They also wanted to find out what we were doing today.’ Socialist Worker was the only publication which was allowed to be sold inside the event.

EX-MINER Joe Henry from Doncaster writes that ’30 ex-miners and their families from Hatfield main pit met up to remember the miners’ strike last week. The special obviously went down well, as we sold 28 copies!

‘People were pleased that we had produced it, and at the way it countered the lies from the media and the vast majority of politicians about the strike. ‘We are setting up a stall in Frickley this Saturday and, with the strike very prominent on TV and in the papers this week, we expect a keen interest.’ 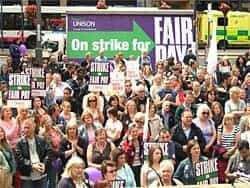 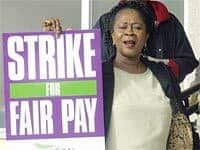