Solidarity pours in for low paid workers on all-out strike

This article is over 18 years, 2 months old
BRITAIN'S BIGGEST all-out strike is having a big impact in Scotland. Some 5,000 low paid nursery nurses are out actively winning the solidarity they need to win a decent national pay rise. They are getting a great response from delegation work aimed at winning donations from union branches.
Downloading PDF. Please wait...
Saturday 13 March 2004

BRITAIN’S BIGGEST all-out strike is having a big impact in Scotland. Some 5,000 low paid nursery nurses are out actively winning the solidarity they need to win a decent national pay rise. They are getting a great response from delegation work aimed at winning donations from union branches.

‘Whenever people hear the facts of our case they are shocked,’ says Janice Murphy from Holmlea nursery in Glasgow. ‘They cannot believe that some of us start on £10,500 and can only rise to a maximum of £13,896. ‘And they share our anger when they find out it is the employers, COSLA, who are refusing to talk, not us.’

Parent Donna Borokini and striking nursery nurse Margaret Grady contacted their local FBU rep in Glasgow and were invited to the union’s annual general meeting in the city. ‘They had already made a big donation, but still they gave £240 on a collection,’ she said. ‘Then we raised the idea of twinning nurseries with fire stations and they thought it was a great thing to do. Everyone on strike should get out to other unions and spread the message.’ The Fire Brigades Union (FBU) in Scotland and its members had given £13,000 by the end of last week.

Nursery nurses spoke at Sandwell Unison branch, west Midlands, last Thursday. They got a donation of £500, £140 from the audience and a pledge to do regular collections across the council workforce. The teachers’ EIS union in Glasgow has donated £1,000. In addition five teachers have collected between £50 and £100 each.

A worker at Remploy’s factory in Dundee collected £61. A TGWU branch in Glasgow has given £500. A delegation from the Northern England Region of Unison brought £1,000 to last week’s nursery nurses’ demonstration in Glasgow.

‘We have sent out a circular calling for donations and regular collections,’ says Sammy Morris from the GPMU print union in Glasgow. ‘The movement has got to give these low paid strikers everything they ask for.’ Parents and supporters are also getting together with strikers to collect on the street. Over £500 was collected in Dundee.

‘There’s no shame in collecting,’ says Liz McCulloch, a striker from East Ayrshire. ‘We’ve collected round the pubs. We need the support and people want to give it. They know it’s about solidarity.’

Nicky Gunn from Parkhead nursery says, ‘We’ve got to build up the picketing and keep the solidarity going. The bigger the support for us the more it will shame anyone who tries to undermine our strike and the faster we will win.’

A striker from North Lanarkshire says, ‘We have targeted anywhere where the employers’ representatives or Scottish First Minister Jack McConnell has planned to speak. And they’ve cancelled the meetings. ‘The local council representative asked us at a lobby whether we would end the strike if he offered better than South Lanarkshire did-which has settled. ‘We said, ‘No. We want a national deal’.’

THE POLITICAL landscape of Scotland is moving and workers are shaping it. The nursery nurses held a ‘strolling picket’ last week, moving from one nursery to another in the Southside of Glasgow. ‘Look at the support,’ said Anne McIntyre, a nursery nurse from Easterhouse, as the protest toured the largest housing estate in Europe.

The strolling picket gathered staff and parents from Lochview nursery, passed through Westerhouse and reached 150 people at St Claire’s nursery. Students who were on strike for fair funding for further education at the local John Wheatley College had already organised to petition and fundraise in support of the nursery nurses.

There is solid movement for an end to poverty and low pay, an end to PFI, and a fight to resist the market in education.
OMAR IBRAHIM, Glasgow

'Touch of genius with words' 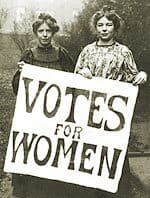 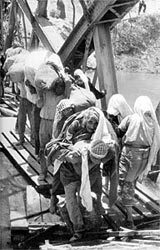 Why Clare Short is wrong on GATS deal