Spain 1936: the fight against Franco

This article is over 22 years, 1 months old
In February 1936 in Spain a Popular Front government was elected by a radicalised working class. People hoped it would be a bulwark against fascism. Fascist General Franco launched a coup in July. He was beaten back by Spanish workers who mobilised to defend the republic. Civil war raged.
Downloading PDF. Please wait...
Saturday 18 December 1999

In February 1936 in Spain a Popular Front government was elected by a radicalised working class. People hoped it would be a bulwark against fascism. Fascist General Franco launched a coup in July. He was beaten back by Spanish workers who mobilised to defend the republic. Civil war raged.

In Barcelona workers’ power transformed the city. Narciso Julian, a Communist rail worker, described the scene: ‘It was incredible, the proof in practice of what one knows in theory: the power and strength of the masses when they take to the streets. All one’s doubts are suddenly stripped away, doubts about how the working classes and the masses are to be organised, how they cannot make a revolution until they are organised. Suddenly you feel their creative power. You cannot imagine how rapidly the masses are capable of organising themselves. The forms they invent go far beyond anything you’ve dreamt of, read in books. What was needed now was to seize the initiative, channel it, give it shape.’

But the Republican government, instead of spreading revolution, held it back to maintain the Popular Front alliance between the left and the parties of the middle classes. Britain and France announced a policy of ‘non-intervention’, denying the republic military help. Meanwhile Hitler and Mussolini poured in arms to help Franco. Franco crushed the working class by the start of 1939. Another unnecessary defeat had been inflicted on the European working class.

‘IT WAS the first time I had ever been in a town where the working class was in the saddle. Practically every building of any size had been seized by the workers. Every shop and cafe had an inscription saying it was collectivised; even the bootblacks had been collectivised. Above all there was the belief in the revolution and the future, a feeling of having suddenly emerged into an era of equality and freedom. Human beings were trying to behave like human beings and not as cogs in a capitalist machine.’ 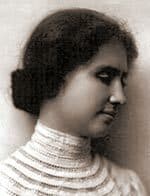 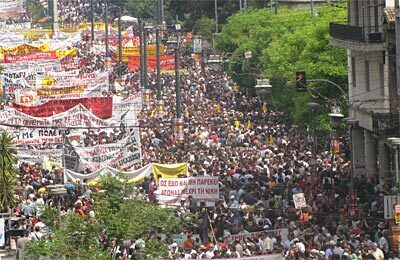 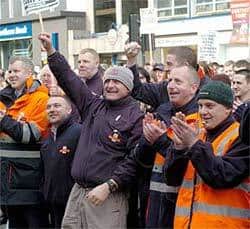 The politics of the new rank and file