Haig was the spitting image of the upper class officers portrayed in the film Oh What a Lovely War — decades behind advances in military technology, useless at strategy and preferring, in the words of AJP Taylor, “an unsuccessful offensive under his own command to a successful one under someone else’s”.

As commander of the British forces in France in 1916, Haig decided to break through the German lines at the Somme. He ordered his soldiers over the top on 1 July.

They were to advance in line, but the mud and the 66 pounds of equipment on their backs made them a sitting target for the German machine guns that Haig had proclaimed “much overrated”.

The 60,000 British casualties, including 20,000 killed, were the heaviest loss in the shortest time by any army in the First World War. The Somme was followed by an equally disastrous battle at Paschendaele in Belgium the following summer. In all Haig sacrificed over 700,000 British soldiers, dead or wounded.

In the first part of the war, thousands upon thousands of volunteers flocked to the recruiting offices to fight for whichever was supposedly their country.

For many it was the hope of escaping the misery of their grim working lives that led them to sign up. When a large number of them were dead, others were conscripted.

The next statue is » Robert Peel 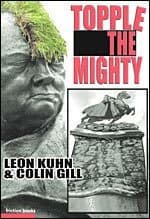 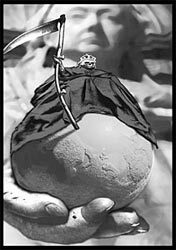 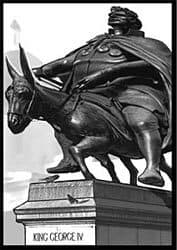 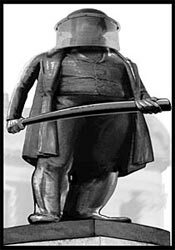