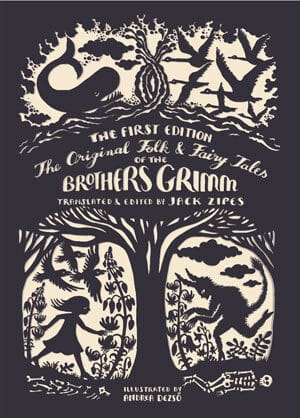 Once upon a time the Brothers Grimm collected folk tales. The stories and characters are hugely familiar.

It is well known that the tales are more bawdy and brutal than Disney cartoons. Characters sometimes live “happily to the end of their days” but they never live “ever after”.

But the scale of the difference only now becomes clear for an English language reader.

The Grimms’ Children’s and Household Tales first edition, published in German in 1812, has been translated into English for the first time by left wing scholar and translator Jack Zipes.

According to Jack, “The Grimms never intended the tales they collected to be read by children.

“The tales are about children and families, and how they reacted to the difficult conditions under which they lived.”

The stories originated as tales told by “folk”. They were passed down through generations to provide entertainment.

Jack argues that the process of making literature from non-literary traditions can be a sanitation, but not in a simplistic way.

The tales are brusque, blunt, absurd, comical and tragic. How Some Children Played at Slaughtering was cut after the first edition.

It tells the tale of two boys who see their father slaughtering a pig. “They decided to play slaughtering,” explained Jack.

“The mother saw what happened from a window. She ran downstairs and took the knife out of the boy’s throat and, out of fury, stabbed the older boy in the heart.

Then she realised the baby was upstairs, and in the meantime the baby had died and drowned in the tub.

“She was so remorseful she committed suicide. The father was so dismayed that after two years he wasted away.”

Another tale is called The Children of Famine. A widow is starving with her two children and thinks she might have to eat them.

“The two children, two girls, do their best not to get eaten by their own mother,” said Jack. “The story ends with the children promising to lie down and sleep ‘until judgement day’. The mother departs to ‘nobody knows where’.”

Jacob and Wilhelm Grimm lived in a French-occupied Germanic area at the start of the 19th century.

They overcame poverty and their view of folklore reflects their utopian dreams.

“The Grimms wanted to preserve tales they believed emanated naturally from the German people in an oral tradition before they evaporated,” said Jack.

“They were among the first Europeans at the beginning of the nineteenth century, later called folklorists, who took a sincere interest in the culture of the common people.”

For Jack, the Grimms’ “mission” was to conserve German tales, legends, myths and other artifacts.

“In this way, they felt they might contribute to the cultural unification of German people throughout central Europe,” he added.

“We must remember there was no such thing as Germany in the early part of the nineteenth century.”

Jack said there was an overtly political side to their project.

“By collecting and assembling tales that were probably told in dialect or some variant of high German, they wanted to contribute to a cultural and social sense of ‘German-ness’.

“They took the side of revolutionaries in 1848 to support political reforms. They published the tales in high German—not to repackage them but to make them accessible to a growing literate class.”

Originally there were 156 stories, while the seventh edition has 210. The Grimms didn’t simply add stories over the years. They deleted, made many changes, revisions and embellishments.

The stories morph into the more polished, puritanical, sentimental, Christian and child-friendly refinements of the bestselling later editions.

They develop a more homespun note, a more preachy bourgeois tone with an emphasis on patriarchal and middle class values.

Though even the later versions are far more gritty than subsequent retellings. 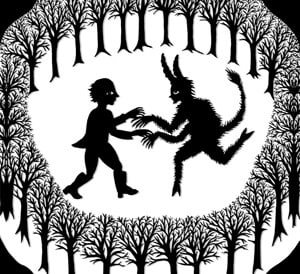 These included Bluebeard—the story of a man who keeps corpses of women in a locked room—and Puss in Boots.

In many cases certain tales of the first edition were replaced by longer and more elaborate versions. Sometimes the Grimms change phrasing to make the stories more “proper”.

One example is Rapunzel, in which the young maiden in the tower becomes pregnant.

According to Jack the “essence of the tales is more vivid” in the earliest version where the Grimms made the “greatest effort to respect the voices of the original storytellers or collectors”.

The later morality doesn’t mean a lack of violence.

In Cinderella a girl overcomes impossible odds by virtue of her beauty and goodness.

The Grimms’ version in all their editions is the one where the spirit of the dead mother assists Cinderella, who visits the tree beneath which the mother is buried.

There are two sets of slippers, one silver, one gold.

Cinderella’s sisters, who have beautiful faces but black hearts, chop off their toes hoping to fit into the slipper, but the blood betrays them.

In the 1812 Grimm edition the story ends with Cinderella’s wedding. In the later edition there is an additional scene.

As the sisters approach the church, pigeons peck out their eyes. “And so they were punished for their wickedness and malice with blindness for the rest of their lives.”

It’s Snow White’s mother—not the step parent—who wanted to murder her daughter in the original tale.

“She was only seven years old,” said Jack.

“The mirror declares a seven year old more beautiful than this obviously beautiful queen, and the mother is so enraged that she wants her daughter murdered.

“In Hansel and Gretel, it’s also not a stepmother. It’s a biological mother who wants to abandon her daughter in the woods where they will probably be eaten by beasts.”

Partially this is sanitising, but it is also linked to how people lived at the time.

“The fathers would marry a very young woman who might be close in age to the eldest daughter and of course there would be a rivalry of some kind.”

That tension between the tales’ reflection of social reality and their ability to be retold continues today.

Jack pointed out, “Huge corporations such as the Disney Corporation view the tales as commodities.

“They are a means to make a huge profit in reinventing them because the tales are so popular. The exploitation of the Grimms’ tales occurs on many levels.

“The recent surge of fairy tale films reveals that Corporations will reproduce and exploit fairy tales to make profit and celebrate brand names of corporations.”

But despite the transformations, Jack argued that an underlying reason for the Grimms’ popularity remains.

“The tales engage readers and listeners because they present alternative worlds in which social justice occurs,” he said.

“Sometimes the justice is retributive and cruel, but there is always a sense of social justice.”

Jack said this appeals at a time when justice seems lacking.

He said, “I believe we are living in perverse times, and that we, particularly in the US, have lost a sense of social justice.

“Our politicians and judges are total hypocrites and unjust in their actions, as are the billionaires who control our economy.

“We turn to and need fairy and folk tales not to escape but to maintain a sense of justice and hope that we can bring about more just societies.

“It is the legacy of social justice in the Grimms’ tales that keeps writers wanting to re-create them.

“Fortunately, creative and serious independent filmmakers and writers explore the tales because they might reveal how much inequality and injustice has grown, and how we might imagine alternatives to a deplorable reality.

“Fairy tales, including reinvented ones, seek to foster a sense of social justice.

“It is up to us as readers to realise the dreams and fantasies of these tales.”

The Original Folk and Fairy Tales of the Brothers Grimm: The Complete First Edition
by Jacob and Wilhelm Grimm. Translated and edited by Jack Zipes and illustrated by Andrea Dezso (£16.97)

Grimm Legacies: The Magic Spell of the Grimms’ Folk and Fairy Tales by Jack Zipes (£24.95)

Fairy Tales and the Art of Subversion by Jack Zipes (£23.99) 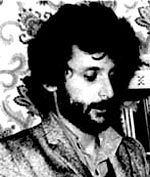 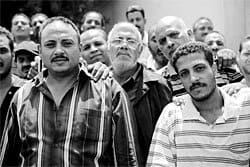 Belfast: United in the jobs struggle 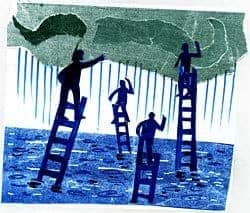