Tapping the anger against the system and the war

This article is over 20 years, 9 months old
The horror of the war has become clear in just the first few weeks. No one knows the precise course it will take. It is by nature unpredictable. But opposition to the war is developing internationally, and in Britain has already gone further than in the last two major US-led imperialist wars-in the Gulf in 1990-1 and in the Balkans in 1999.
Downloading PDF. Please wait...
Saturday 17 November 2001

The horror of the war has become clear in just the first few weeks. No one knows the precise course it will take. It is by nature unpredictable. But opposition to the war is developing internationally, and in Britain has already gone further than in the last two major US-led imperialist wars-in the Gulf in 1990-1 and in the Balkans in 1999.

Hundreds of delegates to the Socialist Workers Party conference in London last weekend heard scores of reports about the scale of the anti-war movement. The conference itself reflected that movement and the growing radicalisation within it-with many new delegates, especially from colleges and schools. Others, who have been active for longer in trade unions and a host of campaigns, said they could not remember such a ferment of activism and interest in anti-capitalist ideas for many, many years.

The conference acted as a springboard for mobilising for the anti-war demonstration in London this Sunday, and for deepening the opposition to Bush and Blair after it. The spirit of the anti-capitalist protests in Seattle two years ago came to the streets of London on 13 October.

Many people on the 50,000-strong march drew the links between this war and the system which has produced it. Many speakers at the conference explained how war has concentrated the political tensions that existed in the world before 11 September. The opposition to the war is also an intensification of what went before. Several speakers described how the anti-capitalist movement, which reached its highest point so far in the 300,000-strong demonstration in Genoa in Italy in July, had fed into the movement against the war.

Delegates who had taken part in the protests and events last week against the World Trade Organisation stressed that that movement had not gone away, as some mainstream commentators have claimed. Much of it has gone over wholesale into the anti-war movement. Meanwhile, anti-capitalist events which do not directly confront the war are also drawing in fresh forces, people who often see the links between Third World debt, exploitation and war.

Health Workers, tube workers, airport workers and others at the conference talked about building anti-war groups at work. ‘We got someone in to talk about the war, and 17 people turned up at lunchtime,’ said a council worker from Waltham Forest in east London. There are only 60 people in the building, and many were out on visits or doing interviews. People want to discuss all the issues around the war. They also want to do something about it.’

The same message came from a health worker in Birmingham, who said, ‘We got a dozen people to a hospital meeting against the war. It’s the basis of an anti-war group. There is nothing special about my hospital. It can be done anywhere.’

There was a buzz of enthusiasm at the conference for mobilising for Sunday’s protest, and a determination to extend the anti-war movement into every possible workplace, school, college and locality.

‘I have found that people’s anger against the war and confidence in the anti-war arguments can lead to us feeling more able to confront the attacks we face at home on workers and the welfare state,’ said a north London teacher.

The conference heard how attacks by big business and New Labour have been sharpened under the cover of the war. An east London postal worker described how bitterness at management bullying and the drive to privatisation led to a victorious unofficial walkout (see page 19). Civil servants talked about both the anger on the civil service picket lines (see back page) and the numbers of people joining Civil Servants Against the War.

A worker at Heathrow airport told delegates about the misery bosses are inflicting there through sackings and pay cuts as the recession develops. He also slammed the trade union leaders, who are not offering any serious resistance.

The conference also stressed how the bitterness at privatisation and New Labour’s neo-liberal policies is growing, and can explode. ‘We have to fight the attacks at home, and fight against the war,’ said a tube worker from London. ‘There are already seven of us from my station going to the anti-war demonstration. That is also seven people who can organise at work against privatisation and New Labour. But to do that socialists need to be making the links between issues.’

Reorganise to meet the new challenges

People are joining the Socialist Workers Party not simply because it is a key and active part of the anti-war movement. ‘It is crucially because the socialist ideas we put, such as opposition to imperialism and capitalism, are seen to take the movement forward,’ said Chris Bambery, SWP national organiser.

A north London primary school teacher explained, ‘I was the only SWP member at my school. But over the last few months people have become more interested in socialist ideas and actively opposing the system, especially since the war. That is why people have come to various meetings and protests. Two of them, who read Socialist Worker, decided to join the party. There is now a group of us who can build, get others involved in activities and ensure more people get the paper.’ That was just one example of the way the SWP is reorganising itself to help meet the needs of a growing movement. That process centres on grouping members together centred on colleges, workplaces, and sometimes small localities. These groups need to be centred on activity as part of the wider movement,’ said Chris Bambery. ‘They also need to get Socialist Worker out to everyone who needs it.’

A range of delegates talked about how they organise in this way. Tube workers hold an organising meeting once a week. People work shifts and so there is never a time when everyone can make it. Those who can come have a short meeting to organise activities for the coming week. They then ensure everyone else gets Socialist Worker that Wednesday. Reorganising into the new groups is connected with building the Socialist Workers Party.

Where anti-war groups are established, SWP groups can be set up as part of them, making the links and helping to push the movement forward. In addition, everyone at the conference agreed that there is a huge thirst for socialist ideas and discussion.

Radical political meetings, video showings and other events have been getting very big audiences over the last year.

The conference voted to organise forums in each area to discuss Marxist ideas on the weekends before Christmas.

The aim is to attract a range of people and establish a focus for discussion on the left in each locality. The message from the conference was clear:

In all of this every SWP member, new and old, can play a vital role in building the party and the wider movement.

Why the market is a mortal threat to the NHS 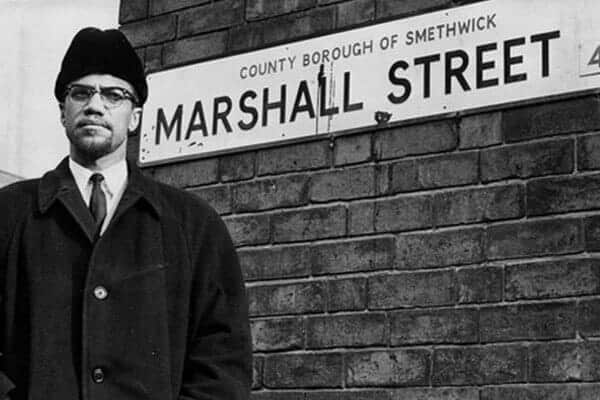