Amazon’s new cashier-less supermarkets seem to raise a vision of a capitalism without workers. But, says Sam Ord, bosses can’t get rid of us that easily
Downloading PDF. Please wait...
Tuesday 05 October 2021

Amazon boss, Jeff Bezos is expanding his empire to the high streets.

Amazon Fresh supermarkets are already open in six locations across London and the firm will soon open 30 shops across Britain. But unlike other supermarkets, Amazon Fresh is complete without cashiers.

Using an app you can walk in, grab an item and walk out with Amazon automatically charging your account.

The semi-automated ­process uses Amazon branded “Just Walk Out Technology.” This is a series of surveillance cameras that track and detect when you take a ­product from the shelves.

Bosses hope this could be the future.

Business magazine Forbes wrote, “If the technology can successfully be scaled, it could create widespread ­cashier‑less grocery shopping.”

It added, “Amazon’s entry into grocery could force the entire industry to adopt more digital solutions and focus on experience instead of just products.”

Automation poses a serious threat to many people’s jobs—and not just in retail. And for bosses such as Bezos, that’s the point.

Amazon is competing with “offline” shops such as Asda and Tesco to grab as much of this money as possible. Bezos thinks that investing in this new technology, and cutting down on labour costs, can undercut his competitors.

For almost as long as ­capitalism has existed, bosses have dreamed of production with as few workers as ­possible—if not none at all.

As the car boss Henry Ford complained, “Every time I hire a pair of hands I get a human being.”

For a start, bosses see ­slashing the workforce as a way to save money and maximise profits—no need to stump up as many wages.

And machines don’t need rest time, or sick pay either. And, of course, no chance of pesky unions or strikes.

Yet despite their best efforts, bosses have always found they rely on human labour.

Take online shopping. It wasn’t so long ago that this supposedly heralded the death of retail jobs. But its growth demanded the massive expansion of new jobs elsewhere—online shopping now relies on an army of delivery drivers and warehouse workers.

Bezos may not have cashiers in the front of his stores. But surely he still needs people to deliver the food to those stores, and then to stack the shelves. In fact—even if he doesn’t employ them directly—he still relies on the labour of the people who produced the food in the first place.

That’s not to mention the human beings who programme and maintain the new, supposedly “worker-less” technology—and those who manufacture it.

In the end, bosses always need human labour. This is what gives commodities their value and allows them to ­accumulate profits.

Without human beings doing the work in the first place, raw materials would stay in the ground. Nothing would ever get made, and so nothing could ever be sold—including the machinery that supposedly replaces human beings.

What if the IT workers behind the new “Just Walk Out” technology decided not to maintain or update it, so that no more payments could be collected?

That’s why the revolutionary Karl Marx argued that the value of a commodity is determined by the average amount of labour time it takes to produce. This is reflected in its price.

Capitalists might think they can make more money by ­cutting down on the amount of time and labour needed to ­produce and sell ­something. This means they can ­produce much more for less, undercutting their rivals.

From the point of view of the individual boss this makes sense—they can seemingly make much more money than their competitors. But in the long term, all they are doing is reducing the value of the commodity they are selling, because it takes much less time to produce.

When they invest in new technology, they’re just paying for the work that’s already been expended in producing it—what Marx called dead labour.

Eventually, the increasing amount of money they spend on technology and dead labour starts to eat into the profits they make in return. Marx called this the falling rate of profit—and it’s at the root of every economic crisis.

One way capitalists try to make up for this is by squeezing more value out of their living labour—their actual workers.

Bosses only pay workers a fraction of the value they create and keep the rest—which Marx called “surplus value”—for themselves. So it’s in bosses’ interests to try and make their workers produce as much as possible, and pay them back as little as possible.

That’s why conditions are so poor for workers in Bezos’s Amazon warehouses, and for his delivery drivers, under constant pressure to meet targets.

But this same position also gives workers power. Because their labour is the source of bosses’ profits, they can stop working and bring the system crashing to a halt.

That’s why Marx said capitalism “produces its own gravediggers.”

Imagine the disruption that workers in an Amazon warehouse could cause if they went on strike—or if the delivery drivers refused to keep delivering.

What if the IT workers behind the new “Just Walk Out” technology decided not to maintain or update it, so that no more payments could be collected?

This conflict—or at least the threat of it—between the bosses and workers never goes away. Bosses have always tried to force their employees to produce more for less—and they’ve always looked to new technologies to help them do that.

But time and again, throughout capitalism’s history, this exploitation has exploded into open battle between workers and their bosses.

And while sometimes bosses might use technology to make one set of workers redundant—often they’ve just created a new army of their own gravediggers somewhere else.

Cashing-in on a super new market in shoppers’ data

Is your personal data the real commodity on sale at Amazon Fresh? Serious questions around privacy and data protection are being asked regarding Amazon’s “Just Walk Out Technology”.

“Customers deserve to know how and by whom these records and analytics could be used.”

Many believe that Amazon isn’t so concerned with turning a profit from groceries as selling data and new technology may be sufficient.

But what does this mean for the customers and workers?

Amazon has never been shy from using surveillance systems to maximise profits.

Similar systems will be used to monitor workers in Amazon Fresh supermarkets.

Migrants, refugees, political activists or others who may fear the state and surveillance may stay clear.

And they would be right to. Amazon owns the smart doorbell brand Ring, which it used to hand facial recognition data to the police.

The use of this data—which is often incredibly flawed or false—is used disproportionately to harass and arrest black people.

There is potential for the state and Amazon Fresh to cooperate with the state in order to persecute certain people.

There is also a potential for the systems to be hacked, releasing personal information into the hands of unknown individuals.

We know that the chain will closely track customers’ location and movements in order to determine their behaviour.

But we don’t know exactly what data Amazon will collect, keep or sell on.

So customers and workers will never really know and can never consent to their personal data being collected and sold. 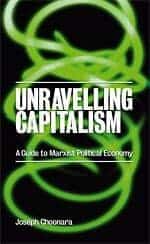 Unravelling Capitalism: A Return to Marx 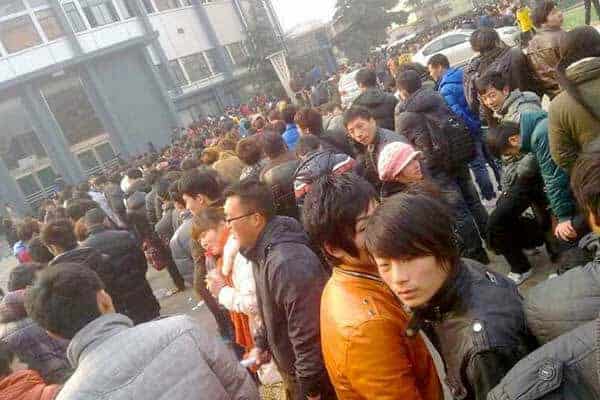 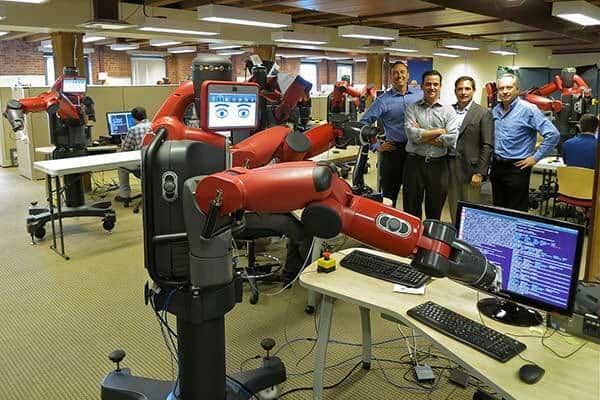 Are robots taking all our jobs?