The Chartists remain an inspiration for the fight for freedom now

This article is over 15 years, 8 months old
The series concludes with Keith Flett looking at the lessons of the 19th century movement
Downloading PDF. Please wait...
Saturday 16 December 2006

What relevance does Chartism have for socialists today? Of course, it is important that we understand our own history. But are there political lessons, strategies and tactics from the Chartist period that are still useful to us today?

A note of caution is needed here. On an important level Chartism isn’t relevant.

Chartism operated in a period when the distinctive features of both labour and capital in Britain were little developed.

Trade unions were not permanent features of the industrial landscape and the forces of law, order and state repression were also comparatively rudimentary.

Crucially, there was also no worked through reformist current in the working class movement.

Against this the point made by the historian EP Thompson needs to be recalled. He said that the battles of the Chartists were won and lost in mid?19th century Britain.

But as capitalism has developed across the world, new workers’ movements have faced similar battles.

It is not necessarily the case that the outcome is or will be the same for them as for the Chartists.

The vote is still not a basic right for working people in many countries.

Despite the differences, Chartism still faced the same market capitalist system at core that we do today. That means that there are many of its tactics and strategies that are still relevant to us.

The Russian revolutionary Leon Trotsky writing in 1926 recognised that Chartism had a modern relevance:

“To use a hazardous comparison then, it can be said that the Chartist movement resembles a prelude which contains in an undeveloped form the musical theme of the whole opera.

“Chartism did not win a victory not because its methods were incorrect but because it appeared too soon. It was only a historical anticipation.

“But its tradition lived on for 12 years and its methods were victorious in October 1917. That is where you have the real national tradition of the British labour movement!”

What did Trotsky have in mind? While the Chartists did not invent the tactic of petitioning for change they gave it a significant tweak.

Instead of just collecting names and sending them to parliament, which then ignored them, the Chartists marched with their petitions and demanded to be heard in person.

That, for example, was the purpose of the Chartist gathering at Kennington Common on 10 April 1848.

Intervention was another important tactic. Chartists would often occupy churches where the vicar was known to preach against them and demand a different reading of the scriptures which favoured the poor.

The same approach was used at gatherings of middle class opponents, such as the Anti-Corn Law League.

At a League rally in Manchester in June 1841 Chartists occupied a space near to the platform and when the speakers started raised flags and banners so that no one could see them.

Chartists, while not all socialists, were mostly anti-capitalists. From this sprung the idea of “exclusive dealing” in which female Chartists played a large role.

One way of doing this was to trade only with shopkeepers and publicans who supported Chartism. Sometimes the support was expected to include financial donations.

One account from Manchester in 1839 records a Chartist activist touring shops asking for financial assistance.

Shopkeepers’ responses were recorded in a Black Book as “favourable” “scoundrel” or “call again”.

Chartists were sometimes prosecuted by the authorities for doing this, but it was rare to find anyone to testify against them.

Chartists developed their own culture despite huge constraints of time – the working week was often 60 hours or more – and money.

Children were named after Chartist leaders, as were public houses.

Battles for the right to protest in certain spaces, and struggles to find meeting rooms were joined with the authorities who sought to push the Chartists out of political debate.

Finally the Chartists also participated in parliamentary and local elections even though the franchise was much more restricted than today.

The Chartist leader Feargus O’Connor was elected MP for Nottingham in the 1840s and there were Chartist groups on a number of local councils.

Chartism is part of our history and not without lessons for the movement today. 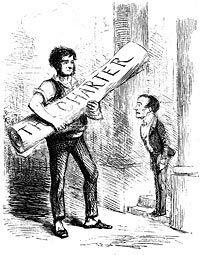 The Chartists turn left after the defeats of 1848