The Comintern – organising to fight for a global revolution

This article is over 3 years, 5 months old
Revolutionaries formed the Comintern 100 years ago. Simon Basketter says this was a world-shaping event and that its activities still hold lessons for socialists today
Downloading PDF. Please wait...
Tuesday 05 March 2019

How do we organise to transform the system? That question was at the heart of a meeting a hundred years ago this month.

In March 1919, 51 people gathered in the old Court of Justice in the Kremlin in Moscow to found the Third Communist International, or “Comintern”.

They represented left wing parties, labour associations and emigre groups. Of the 43 delegates for whom an age is known, five were in their 20s and 24 were in their 30s, with only one over 50.

The delegates came from 35 groups in 22 countries. To be there at all was an ­achievement as the Soviet state was blockaded and invaded.

A delegate from Germany, Eugen Levine, was arrested on his way by German police.

Two others, Fritz Platten from Switzerland and Karl Steinhardt from Austria were jailed during their return journey. The Hungarian delegation was blocked by fighting in Ukraine.

But it was still a world -shaping event.

The Russian Revolution saw workers take power in 1917. The Bolshevik party, led by Lenin and Trotsky, argued that socialism was the ­self-emancipation of the working class, not something granted from above.

They stressed that the capitalist state must be smashed. And they argued that ­capitalism, as a global system, must be fought on a global basis.

The Comintern aimed to pull together the best militants across the world to form parties that could repeat the Russian victory.

Lenin began the meeting by saying, “Not only in Russia but in the most developed capitalist countries of Europe, Germany for example, civil war is a fact.

“The world revolution is beginning and growing in intensity everywhere.” 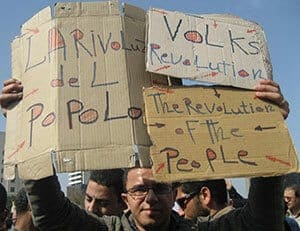 A revolution got rid of Hosni Mubarak in Egypt in 2011 (Pic: Socialist Worker)

Trotsky arrived in military uniform. The soviets, or workers’ councils, were fighting a brutal civil war and battling imperial armies that were trying to crush the revolution.

One of the Comintern’s early acts was to produce a pamphlet in English to be distributed among the invading armies trying to break the revolution.

Trotsky declared that the “worst pyromaniacs in history” were picking through the debris and smoking ruins of war.

It was time to unify the efforts of all genuine revolutionary parties. At the congress’s concluding session on 6 March Lenin announced, “The founding of an international Soviet republic is on the way.”

This was not a daft thing to say.

As Duncan Hallas put it in his history of the Comintern, “That the socialist revolution was an immediate prospect in central Europe, above all, in Germany, was doubted by none of the delegates.”

From Germany to France, Britain, and the remains of Austria-Hungary, the same conditions existed that had propelled Russian workers into power.

The horror of war gutted the imperial institutions and ­traditional ways of thinking.

There were countless ­outbreaks of strikes, mass ­protests and uprisings.

Within a year of the first Comintern meeting, short-lived soviet republics took power in Hungary and Bavaria.

Factory occupations spread across Italy. There were mass strikes in Glasgow and Belfast, and the British and French armies mutinied.

Anti-colonial revolts erupted across the world including in Iraq, Ireland, India, Egypt, Syria, Morocco and across the Russian empire.

In the three months ­following the founding congress, mass workers’ parties in Italy, Norway, Sweden, and Bulgaria joined the International. Parties in Germany, France, and Britain opened negotiations to join.

In March 1920 a general strike crushed a right wing coup in Germany. The second world Congress of the Comintern was held that year. It had 217 ­delegates from 67 organisations in 40 different countries.

The growth of mass reformist organisations dominated the experience of the Comintern.

The reformists argued that to abolish capitalism you had to rebuild its institutions—such as the state and parliament—and bring change from above.

As Hallas put it, “Social democratic parties combined verbal hostility to capitalism with a practical activity that was essentially confined to winning members and votes.

“Confrontation with the forces of the state or even the employers was avoided ­wherever possible.”

All sorts of parties sent ­delegations to the second Congress of the Comintern.  As Lenin wrote in 1920, “The Communist International is to a certain extent becoming fashionable.”

The Communists tried to confront the reformists and win over those who were genuinely vacillating between reform and revolution.

Some reformists tried to use radical rhetoric to cover their attempts to make peace with the system. The Comintern laid down tough conditions of membership to emphasise the differences.

This was one way of breaking from unaccountable reformist leaders. It also aimed to reach out to revolutionary trade unionists who didn’t trust political parties.

The Russians learnt from others’ experiences. The Comintern discussed in detail how revolutionaries should tackle oppression, and relate to trade unions and national ­liberation struggles.

The Indian delegate to the third Congress, M N Roy, wrote, “For the first time, brown and yellow men met with white men who were not overbearing imperialists but friends and comrades.”

By 1921 the system had recovered a little from the shocks of the post-war period. In 1922 the Comintern’s executive committee called for “the establishment of a united front of all parties supported by the proletariat regardless of the differences separating them so long as they are anxious to wage a common fight for the urgent and immediate needs of the proletariat.”

The emphasis was on the fight, not just the unity.

Revolutionaries had broken with reformism. Learning to work with reformist ­workers and organisations was not always easy or welcome.

But revolutionaries represented a minority of workers, and the class could not seize power unless a majority was actively involved.

The turning point for the German Revolution, and the Comintern, came in 1923. French troops occupied the Ruhr, inflation soared and the country polarised between left and right.

The potential to challenge for state power developed.

The Communists formed “workers’ governments” with the Social Democrats in two states, supposedly to launch a revolutionary rising.

But when the reformists lost their nerve so did the Communists—despite support among a majority of workers.

By 1925 Lenin was dead. Stalin, who had shown minimum interest in the Comintern, moved to increase his influence as Russia’s revolution degenerated.

The US revolutionary James P Cannon described the ­consequence of Stalin’s bloody counter-revolution.

He said the Communists went from “agencies of revolution into border guards of the Soviet Union and pressure groups in the service of its ­foreign policy”.

In the mid-1920s Russian leaders steered Communist parties into alliances with the right.

In China, the Comintern insisted on an alliance with the nationalist Kuomintang. It led to thousands of Communists being massacred.

Then Stalin denounced reformist parties as social ­fascists and Communists were told not to work with them. In Germany this enabled the unnecessary victory of Nazi Adolf Hitler in 1933. This in turn led to another lurch.

Stalin ordered Communist parties to swing to the right as he tried to make alliances with the ruling classes of Britain and France. This meant revolutionary movements in France and Spain were held back, and lost.

The mistakes in the early years of the Comintern sprang from the inexperience of the revolutionary parties.

The disasters of the later years were the result of ­counter-revolution and the rejection of the principles upon which the Comintern was built.

But at its founding it raised the prospect of organising for global revolution. And its first four congresses were schools of revolutionary strategy and tactics that still offer lessons for today. 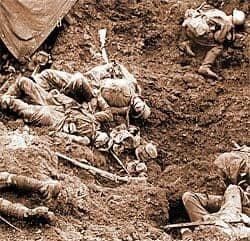 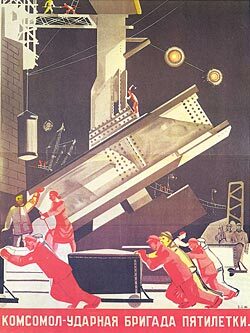 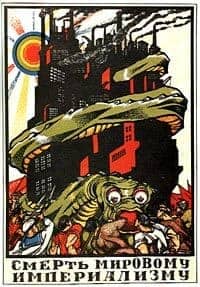 Uniting in struggle: John Riddell on the Communist International in 1922 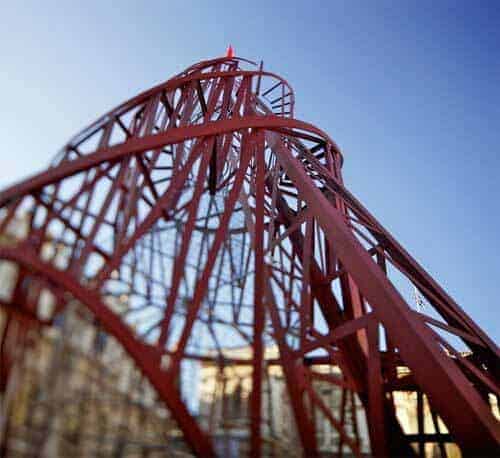 The Comintern: a beacon for world revolution