This article is over 11 years, 7 months old
The final part of our series looks at the plight of the Tory Party after Thatcher
By Simon Basketter
Downloading PDF. Please wait...
Tuesday 08 June 2010

Margaret Thatcher failed to stem Britain’s global decline, despite her vicious assault on the working class. That had a number of consequences.

One was a fragmenting of the British ruling class consensus in favour of European integration.

Part of the ruling class believed it had to concentrate on Europe, part looked more to the US.

These divisions penetrated deep into the Conservative Party—but they were not immediately politically disastrous.

John Major won the 1992 election for two reasons. First, he was not Thatcher. Second the Labour Party, by refusing to back non‑payment of the poll tax, did not benefit from the mass movement that had brought down Thatcher.

Major pushed the market into institutions that Thatcher had failed to privatise—schools, universities and the NHS.

The Major government was summed up by his “back to basics” moral agenda, which was followed by numerous ministers resigning over sex and bribery scandals.

But for the Tories the important rows came as Major pushed through legislation approving the Maastricht Treaty—outlining moves towards a single European currency.

Real tensions in Britain’s economic relationship with Europe provided ready fuel for the Eurosceptics. The forced exit of the pound from the Exchange Rate Mechanism in September 1992 was a defining moment.

The Eurosceptics grew in influence, prompting John Major to denounce their standard bearers in the cabinet—John Redwood and Michael “SAS” Portillo—as “bastards” and pushing him to initiate a leadership contest.

In the months preceding the 1997 election Major adopted an increasingly Eurosceptic line. It left a permanent tension within the Tory Party.

Defeat in 1997 was all but inevitable. Millions were fed up with a government of the rich for the rich.

The Conservatives responded to Labour’s landslide win by electing as leaders the most right-wing, Eurosceptic candidates available—first William Hague and then Iain Duncan Smith.

Finally, in desperation, they turned to Michael Howard. Each tried to distance the party from Thatcherism.

But each responded to defeat by seeking to mobilise the Tory “core” vote. They did so by highlighting the “dog-whistle” issues of Europe, immigration and taxes—the so-called “Tebbit trinity”.

The trouble was that there were fewer bigots than they imagined.

After he crashed at the polls in 2001, the party chose Iain Duncan Smith, who lasted less than a year.

Michael Gove, now education minister, described Ian Duncan Smith’s far right rant by quoting Kipling: “The Dog returns to his vomit and the Sow returns to her Mire, and the Burnt Fool’s bandaged finger goes wabbling back to the Fire.”

When the Tories reverted to Michael Howard, one said, “Many of us hate what Howard stands for but I am tired of the party being an embarrassment.”

By 2005, faced with the choice of trying to create new policy and a further attempt at re‑branding, the party chose David Cameron—hoping for a charismatic leader who could lead them out of their quagmire.

Cameron fused the character of the nasty Tory cutter, with a nod towards being a younger, progressive leader. But he is a conventional Tory.

And the danger signs of Cameron’s true Tory face are there—not just in the onslaught of cuts but the bile about immigrants and “broken Britain”.

For the Tories, the prospect of returning to office was enough to calm their divisions.

But as Britain’s decline and economic crisis continues, those divisions will remerge.

Cameron’s decision to ally the Tories with far-right parties in the European Parliament hints at that.

But there is no reason to believe that their return to government now means they have any chance of repeating the act this time. 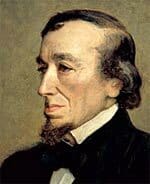 How the 'Iron Lady' rallied the ruling class