The first Stop the War movement

One hundred years ago this autumn, Russia and Japan signed a peace treaty which brought 18 months of war to an end.

For the Russians, the war had been an awful catalogue of incompetence and careless waste of life.

The Russian-Japanese war was the first imperialist war to be stopped by a popular anti-war movement.

Imperial Russia and the rising power of imperial Japan were rivals for the domination of the Far East.

The rivalry was particularly intense over the issue of timber concessions in Korea, in which the Russian royal family and its entourage had personal interests.

It was there, and in Manchuria, that the war was fought, not on the soil of Japan or Russia.

However, those countries that backed the war were just as important as those who fought it.

Germany egged on Russia. Britain armed, trained and part-financed Japanese forces. The US was the main source of finance.

The first Japanese attack took place after diplomatic relations had been broken off but before the formal declaration of war.

To judge from the British Library’s special collection of press cuttings on the war, the Western reaction to this was far from negative.

But Japan was too successful for the US and Britain, who feared it as a new rival for power in the Pacific.

By the summer of 1905, Japan was so dependent on its financial backers that it could not carry on the war for a single day without them.

Britain and the US threatened to cut off the flow of funds unless Japan accepted peace on terms that they demanded. As a result, Russia got off unexpectedly lightly.

One of the positive results of the war was the blow it struck against racism in Russia.

The Japanese were habitually referred to by Russian generals and churchmen as “monkeys”.

Yet there was a striking contrast between the valour of the Japanese officers and that of the Russians.

According to a Swedish military attache, Russian officers fled headlong to safety after one defeat “and then immediately proceeded to get drunk”.

This was a time when the Russian authorities were countering revolution at home by whipping up racism and instigating pogroms against Jews.

If the Japanese were the enemy abroad, then the Jews were just as clearly identified as the enemy at home.

Yet this was also a time of unprecedented solidarity with the Jews by the ordinary people of Russia, who organised and armed themselves against the racist attacks.

Voskhod, a liberal Jewish paper, commented in June 1905, “Never before, perhaps, has the Christian population in the Pale [an area in the Russian empire where many Jews lived] felt so much solidarity with the Jews.”

By May 1905 it was clear that the Russians no longer had any chance of winning the war against Japan.

But the government had no intention of accepting defeat.

It was ready, according to a leaked statement, to go on sacrificing lives in a hopeless cause “for decades”.

But it was reckoning without the mass anti-war movement.

The revolution had begun following a massacre of workers who demanded, among other things, an end to the war “in accordance with the will of the people”.

Working women taunted the soldiers sent to pacify them, saying that they were braver at fighting unarmed Russian workers than the Japanese.

Soldiers began to shoot officers who tried to drive them into battle at gunpoint.

A British newspaper reported in February that strikes on the Siberian railway were part of a “Stop the War” movement which threatened “to paralyse the army in Manchuria by interrupting supplies”.

Mutinies in the armed forces soared by at least 20 times after the famous mutiny on the Battleship Potemkin in July.

Much of this story echoes today — war profiteering in government circles, one law for “our” side and another for the enemy, the cynical expenditure of life for power politics, the championing of diversity and anti-racism by the anti-war movement.

We can draw strength from the fact that they succeeded in stopping their war, helping us to go on with stopping the war in Iraq.

Pete Glatter is the guest editor of the Revolutionary History journal’s special issue on The Russian Revolution of 1905: Change Through Struggle. Go to www.revolutionary-history.co.uk

More than just an anniversary 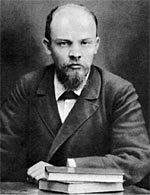 When midnight struck in Moscow