Ruling classes across the Middle East often give rhetorical support to the Palestinian liberation struggle.

The Arab League, based in the Egyptian capital Cairo, denounced the latest Israeli offensive as a “war crime”.

Iran described it as “savage aggression”. Saudi Arabia eventually condemned the assault too.

Yet these ruling classes have always sold out the Palestinian struggle—whether Arab nationalists, liberals or Islamists are in government.

The struggle against colonialism in the Middle East brought to office a generation of Arab nationalist leaders, such as Egypt’s Gamal Abdel Nasser.

Yasser Arafat and the Palestine Liberation Organisation (PLO) also emerged, with similar nationalist politics. This led many to argue that Palestinian liberation could be won through winning Arab and Gulf ruling classes to backing the struggle.

It can be useful for regimes such as Egypt to look radical. Yet all the regimes have quickly dumped the Palestinians if a good deal is on the table.

They all accommodate to Western imperialism.

The Arab Spring showed the possibility of fighting for Palestinian liberation as part of an uprising from below within the Middle East. It also showed the limits of some groups.

For instance, Western politicians encouraged panic about the prospect of the Muslim Brotherhood coming to office in Egypt.

They claimed Egypt would ally with the Hamas resistance movement in Gaza and destroy the Camp David Accords that maintain “peace” between Israel and Egypt.

But Muslim Brotherhood president Mohammed Mursi didn’t tear up the Camp David Accords. He brokered a deal between Hamas and Israel instead.

When the revolutionary wave spread to Syria, many argued that it would be a disaster for the Palestinians. Some on the left cited president Bashar al-Assad’s supposed anti-imperialist credentials and support for Palestinian liberation.

But the Syrian regime has always put its own needs before its opportunistic support for Palestine.

The Arab ruling classes’ history of betraying the Palestinians is not an accident. It flows from their relationships with Western imperialism.

The 1970s represented an important turning point for US imperialism in the region and illustrates how and why the Arab regimes betrayed Palestine.

The US strategy was to break up the coalition of Arab states that had emerged out of the struggle against colonialism.

In 1973 Anwar Sadat’s Egypt and Syria, under Bashar al-Assad’s father Hafez, attacked Israel as part of a broad coalition.

Other Arab states, including Iraq, Jordan and Algeria, provided up to 100,000 troops. Saudi Arabia and Kuwait gave financial aid.

It is often presented as a war between Arab nationalists that backed Palestine and US imperialism’s regional watchdog Israel.

It’s true that this was part of a conflict between US imperialism and the Arab governments.

But the Palestinians were being used as geopolitical pawns by Arab governments that were out to pursue their own interests.

Israel’s colonial project also created a clash of interests. In 1967 it annexed the Sinai desert from Egypt and the Golan Heights from Syria.

That’s why throughout the 1970s demands from the Arab regimes included a fairer oil price and “restraint” from Israel.

But Egypt had repeatedly tried to strike a settlement with Israel before 1973. Its failure is partly what led to war.

A 1978 treaty between Egypt and Israel, the Camp David Accords, was the defining betrayal of the Palestinians. It set the scene for the next two decades.

The deal neutralised Egypt by giving back the Sinai. It freed Israel up to focus on suppressing the Palestinians and fighting its enemies to the north.

Israel launched its first invasion of Lebanon just as the Camp David Accords were signed. When the handover of the Sinai was completed in 1982 Israel launched another, more brutal invasion.

The new “cold peace” was devastating for the Palestinians.

The Egyptian regime bolstered its influence in the Arab world geopolitically and economically.

Sadat and his successor Hosni Mubarak adopted neoliberal policies that profited the military-business complex and capitalists. They also deepened ties with Israeli business.

But not all Arab states were “winners”.

Syria had lost out in the 1967 war and wanted the Golan Heights back, but this didn’t mean it would support the Palestinians.

Syria’s aim was to negotiate with Israel from a position of strength to get its land back.

The Palestinians were seen as a block to the Syrian regime’s interests. Hafez Al-Assad referred to PLO leader Yasser Arafat as “an obstacle that had to be removed”.

Syria no longer provided aid to the Palestinian resistance. Instead it aimed to control it to use as a bargaining chip.

The main issue that brought Hafez to office in 1966 was “opposition to a guerrilla war against Israel”. He quickly launched an attack on guerrilla groups based in Syria.

Palestine has the potential to mobilise mass opposition against Arab ruling classes—and throughout the 1970s the regimes remained unstable.

The PLO was a powerful force in neighbouring Jordan.

Its strategy was to work with the Arab regimes. But pressure from military attacks and more left wing groups forced it to act against Jordan’s Hashemite monarchy.

The Jordanian regime slaughtered thousands of Palestinians in 1970 in an assault known as “Black September”.

It showed that Arab regimes were prepared to attack Palestinians in order to keep their grip on power.

Hafez offered only diplomatic protest and went on to attack the Palestinian resistance in Lebanon.

In 1975 the Assad regime sent in troops to crush the popular resistance, beginning the Lebanese civil war.

The resistance was made up of the PLO, and the Lebanese left and workers’ movement.

When Israel invaded Lebanon in 1978 its main war aim was to drive out the liberation and resistance organisations that operated there.

But Syria’s defining betrayal came during the 1982 Israeli invasion of Lebanon. It backed Elie Hobeika to be the new leader of the Phalangist militias.

Hobeika led the brutal massacre of the Sabra and Shatila refugee camps in 1982.

But with Egypt neutralised, Israel had little interest in signing a “peace” deal with Syria.

Syria pursued a strategy of building ties with the West. It supported the 1991 war against Iraq. But it tried to strengthen its position by supporting Hezbollah against Israel.

Support for resistance movements has been based on geopolitical interests.

Iran has tried to position itself as the leader of Muslim countries and the champion of Palestinians.

The Gulf States have also given rhetorical support for Palestine, but have gone along with US imperialism.

Even Iran’s ruling class has been willing to develop links with al-Maliki’s sectarian government in Iraq and recently considered working with the US against Isis.

The betrayals led to the Oslo Accords “peace process” in 1993 and to the PLO accepting a “two state solution”.

This offered the Palestinians tremendous hope. But the new Palestinian Authority turned out to be an Israeli plaything with its funding dependent on pushing neoliberal policies.

As the PLO leaders were moving towards betrayal the first Intifada, or uprising, broke out against Israel.

This was accompanied by protests and uprisings against neoliberal policies in Jordan.

Since then Palestine has been reduced to more fragments. Settler roads cut through the West Bank. Gaza is an open-air prison under constant attack.

The history of Palestine shows why relying on diplomacy and regional rulers can never bring liberation.

The potential is there to link the struggle for Palestinian liberation to a struggle against the regimes that betrayed it. Only a working class uprising from below across the region can win freedom for Palestine.

The Ethnic Cleansing of Palestine
by Ilan Pappe, £9.99

The Nakba: Why Israel’s birth was Palestine’s catastrophe and what’s the solution?
lby Anne Alexander and John Rose, £2.50 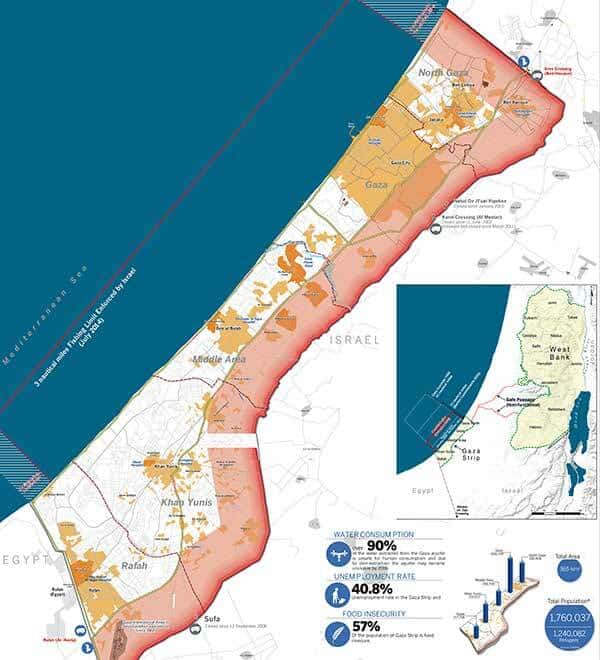 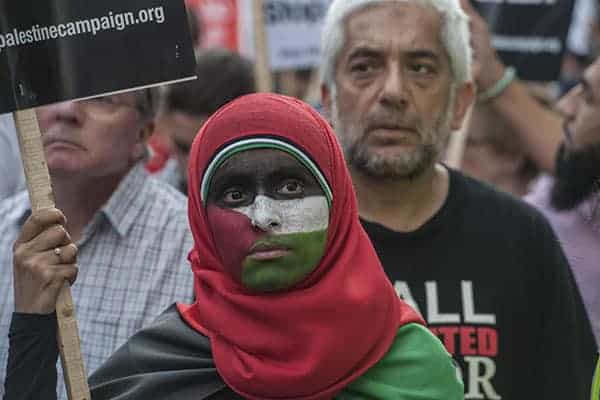