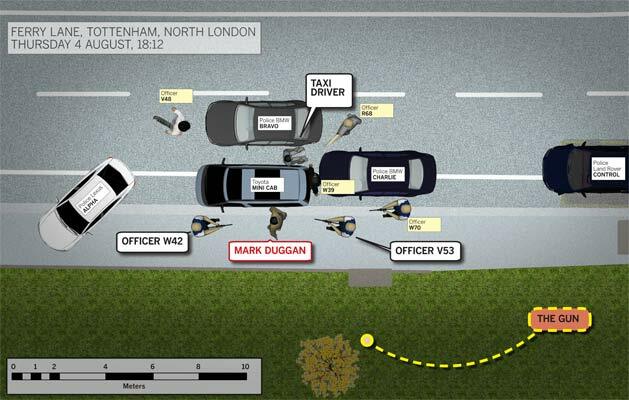 At 6.12pm on 4 August 2011 a man was captured on film in Ferry Lane, Tottenham, turning to face a commotion behind him. Seconds later a police officer fired shots and Mark Duggan died within ten heartbeats. The Independent Police Complaints Commission sent out an initial statement claiming police shot a man after he opened fire and shot an officer. But the bullet that had lodged in that officer’s radio was police issued. And a handgun wrapped partially in a black sock was found on grass a little over four metres from where Mark was shot.

The police said the operation that led up to the shooting was based on intelligence that Mark was looking to collect a handgun. No further information was given about where this information came from during the recent inquest into Mark’s death. But police claimed that it was “reliable”.

During the inquest the senior investigating officer of the operation conceded that Mark had a “very, very light criminal record” with only two minor fines to his name. This doesn’t support his earlier claim that Mark was one of the top 48 most dangerous criminals in Europe.

Despite this police trailed Mark in the days before his death. At 5.18pm on 4 August Mark got into a silver Toyota Lucida minicab and was driven to Leyton, east London. Police claimed that they received intelligence two minutes later that Mark was on his way to pick up a gun and they followed him.

The cab driver said Mark’s mood was “all right” as they drove and they chatted about the driver’s plans to sell his car.

He said Mark spoke on the phone during the journey and when they got to Leyton they waited for a couple of minutes on Burchell Road. The cab driver said a man came to the door and handed Mark a shoebox. The back of the cab had facing seats and Mark put the box on the seat in front of him.

Police were watching all the time. Their evidence centred on the claim that the shoebox contained the gun found on the grass and that Kevin Hutchinson-Foster handed Mark the shoebox.

The gun on the grass was tested for DNA. It matched DNA from Hutchinson-Foster and another man, Peter Osadbey. Hutchinson-Foster said he borrowed the gun to pistol whip Osadbey in Dalston, east London, on 29 July 2011 after a row.

An initial trial of Hutchinson-Foster resulted in a hung jury. A retrial convicted him of supplying Mark with the weapon, although he has always denied it.

Hutchinson-Foster didn’t deny that he spoke to Mark on the phone, or that he was in a house near Burchell Road where the cab stopped. He said that Mark asked him to go with him to Tottenham but he said he couldn’t.

Hutchinson-Foster said he last had the gun when he returned it to the person who gave it to him after he pistol whipped Peter Osadbey. He said his fingerprints were on the shoebox because he gave it to Mark one day at football.

The scene was allowed to be contaminated for hours after police shot Mark. The shoebox that officers said they saw Mark collect was tossed into the boot of the cab.

Forensic expert Anne Marie O’Connor told the inquest that fibres inside the box had been so disturbed that she couldn’t give an accurate reading. If the whole point of the operation was the collection of a gun, why was such a key piece of evidence allowed to be effectively destroyed?

One possible scenario is that the gun was never in the shoebox. Police could have intercepted it after it had been used in Dalston, had it with them when Mark was killed and planted it on the grass.

Another possible scenario is that police took the gun from the shoebox after Mark was killed and put it on the grass. After the cab left Burchell Road it made its way to Tottenham, north London. The cab driver said he never saw Mark open the shoebox during the journey.

Police followed the car. The last movement of the cab was recorded on its GPS 43 seconds after 6.12pm as police conducted a “hard stop” on Ferry Lane.

Some 20 seconds earlier Mark had spoken to his brother Marlon on the phone. Marlon said he seemed “normal, just like any other day” and they planned to meet later.

As officers surrounded the car shouting 47 seconds after 6.12pm, the cab driver said Mark got out and ran. Moments later Mark was shot. He said the officer who shot Mark appeared “in an extreme rage” and that officers looked like they had “come to hunt someone”.

What happened next may have never come to light if it hadn’t been filmed by a witness in a nearby block of flats.

Witness B told the inquest they heard a commotion and looked out of their window to see a man being gunned down in the street. They said they began filming 30 seconds after the shots were fired.

The officer who shot Mark claimed that he did so because he had his eyes “glued” on a weapon Mark was holding. Yet witness B said they were certain this wasn’t the case.

They said that Mark was holding a Blackberry phone in his right hand and looked baffled as he raised his arms, as if surrendering.

Only one other officer recorded seeing Mark with a gun. All the other officers said they didn’t see him with a gun. During the inquest police claimed that the gun ended up on the grass because Mark threw it there. Yet no officer said they saw a gun flying through the air. 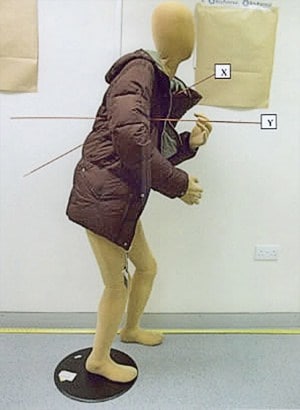 The officer who shot Mark claimed he shot him first in the chest then in his right biceps. Yet expert witnesses argued that Mark had first been shot in his arm then sustained the fatal wound to his chest.

They argued that Mark would have been in “extreme pain” from the wound to his arm. They said the bullet to Mark’s chest hit his aorta— he would have lost consciousness in seconds.

Mark was right handed and had sustained a painful wound to his right biceps. The trajectory of the bullet that hit Mark’s chest was at a considerable downward angle, suggesting that Mark was falling forward when he was shot.

The inquest established that officers had the scene to themselves for some 20 minutes before the ambulance crew arrived.

One officer known as V59 wrote a statement days after the shooting. He wrote that another officer, R31, had informed him that a gun had been found near where Mark was shot.

Yet witness B’s footage shows this cannot be the case. It shows that when V59 approached the armed response officers to, as he said, secure the gun, the gun hadn’t yet been found.

The video shows officer Z51 walking to the area where the gun was allegedly found 34 seconds after V59 said he told armed response officers to secure it.

Z51 was on the phone at the time he said he found the gun. He told the officer he was speaking to that he had found it—and claimed he told nobody else. How could officer V59 have known about the gun before Z51 found it?

Earlier footage shows an officer in a white shirt known as Q63 ducking down by the door of the cab, close to where police said the shoebox was. He is out of view for 12 seconds. When he emerges, he goes and talks to officer R31. V59 joins them.

R31 then climbs over the fence and goes to the grass. He disappears from view. Shortly afterwards the film shows armed response officers arriving and V59 giving them instructions. They drive to the grass and stand where the gun was marked to have been found.

What was Q63 doing when he was down at the door of the cab? What did he say to V59 and R31? And again—how could V59 know about the gun before it was found? 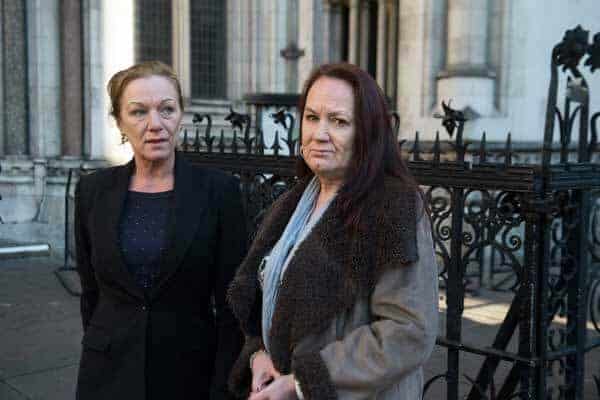 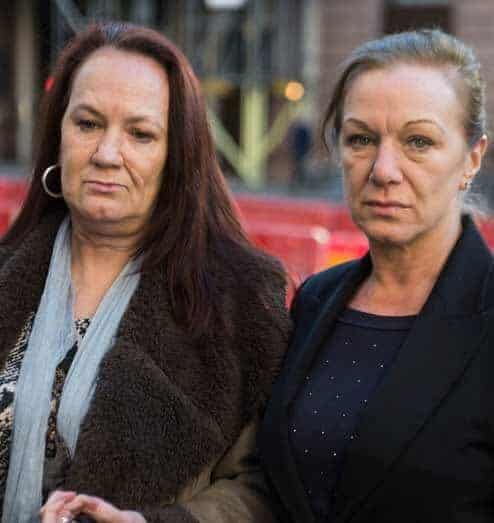 The inquest into Mark Duggan's shooting draws to a close 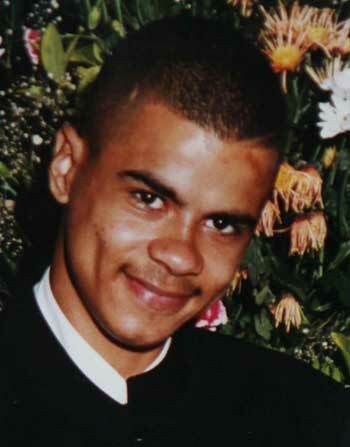 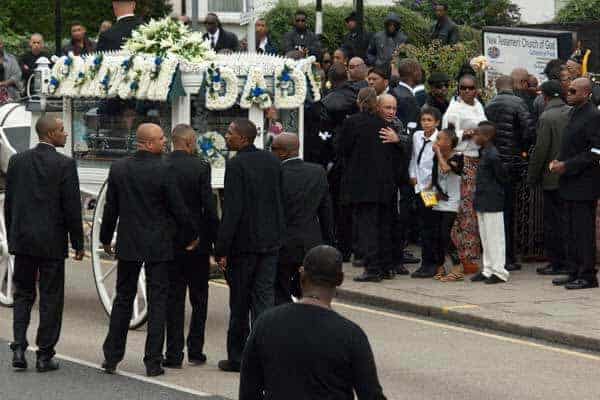 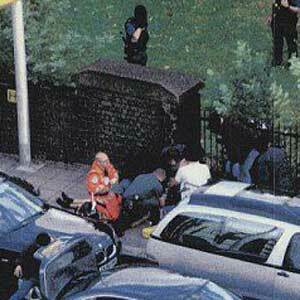 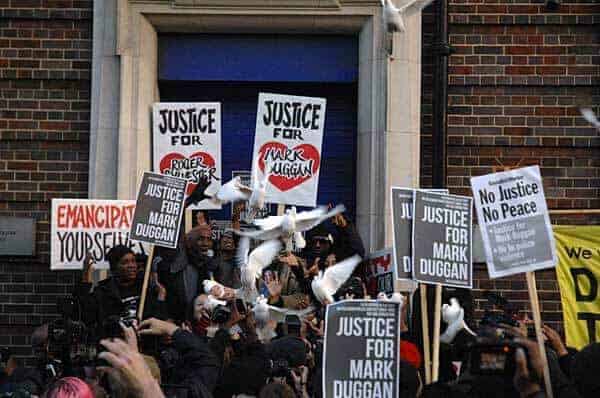 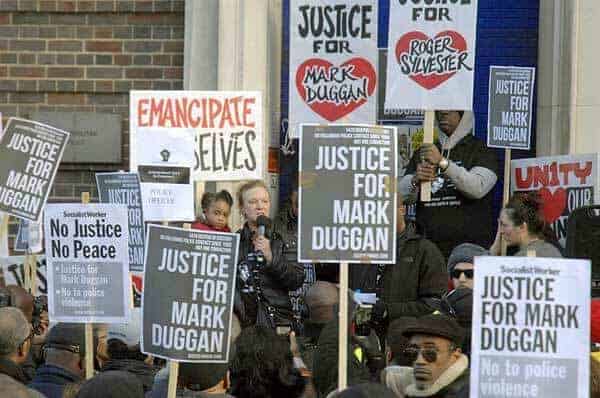 Questions over how gun was 'thrown' 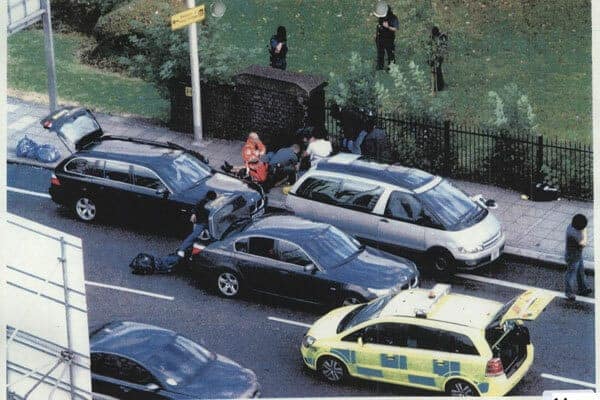