The Meiji restoration: the threat of West drove Japan’s revolt

This article is over 14 years, 3 months old
In the third part of our series on revolution from above Jamie Allinson explains how military competition forced Japan’s rulers to reorganise society
Downloading PDF. Please wait...
Tuesday 15 April 2008

Japan is one of the world’s most powerful economies. East Asia is one of the capitalist system’s three core regions largely because of Japan’s development.

Until the 1850s, however, Japan was a politically closed society and – despite being geographically remote from Europe’s developing centres of capitalism – in danger of colonisation.

The country shows even more deeply than the case of Germany the connection between revolutions from above and the nature of capitalist development.

Before 1868 Japan was ruled by shoguns on behalf of the mostly symbolic emperor.

The shoguns were the victors of a civil war among Japanese lords in the 16th century. Under their government lesser military lords ruled over individual areas called han. A warrior class of samurai administered and defended these domains.

The samurai despised urban merchants and craftsmen and brutally exploited the peasant majority, who were forbidden to move freely, take up different occupations, or inter-marry.

Aware that contact with European missionaries and traders would lead to foreign domination, the shoguns isolated Japan from the outside world and banned contact with foreigners.

The shoguns were able to do this because the 16th century European traders were long-range merchants rather than capitalists, and Japan was at the geographical limit of their abilities.

By the 19th century the world situation had changed. Capitalism was being established as a system of competitive accumulation among states.

When China was defeated and subjugated in the Opium Wars of the 1840s the shoguns saw an example of what might happen to them if they could not compete with the new capitalist powers.

At the same time there were peasant revolts and class tension in Japan itself.

In 1853 a US expedition to “open” Japan brought these crises together.

The ruling shogun Tokugawa Yoshinobu, having seen the crushing US naval superiority, agreed to humiliating treaties similar to those imposed on China. The weakness of the shoguns and the social system they ruled was exposed.

Xenophobic samurai who sought to “expel the barbarians and revere the emperor” opposed Westerners who entered the country.

In 1868 they overthrew the shogun in the name of the emperor and acted to restore his power, but were ultimately forced to create a new society.

The new rulers abolished the old class order and the lords’ power in the han.

All subjects were made legally equal, taxes were now paid to the state not the lord, and national conscription, rather than reliance upon the warrior samurai, was introduced. The result was to create the conditions for capitalism.

Japan’s new rulers sought to beat the Western powers by joining them.

These changes were not the result of popular power, they were imposed to save Japan from Western colonisation. The Meiji regime’s slogan was “rich country, strong army”.

In the late 19th century the government established railways and heavy industries and encouraged industrial and financial conglomerates called zaibatsu to provide a base with which to compete militarily against the West.

The state used peasants to build industrial plants then sold these to the new capitalists.

The regime promoted a reactionary ideology centred on emperor worship and xenophobia, and copied Western imperialism with enthusiasm.

In 1895 Japan seized parts of China and by 1910 had fully colonised Korea. By 1905 Japan had become powerful enough to defeat Russia in war.

Throughout this period politics was limited to a tiny clique. Popular resistance was repressed. However, the Meiji military industrialisation also created a new working class.

There were 150,000 urban factory workers by 1886. These workers developed their own revolutionary socialist traditions, which were crushed by the brutal reaction of the 1930s.

Japan’s example of state sponsored capitalism has been copied many times throughout the colonised world.

More than any other state, Japan shows how revolutions from above happen in response to outside pressure. In Leon Trotsky’s words, the Meiji restoration “turned the foe into tutor”.

Next week we examine the attempt of Kemal Ataturk to build a similar state from the ruins of the Ottoman Empire.

How did capitalism come into being? 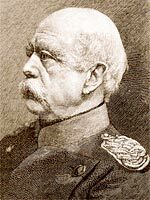 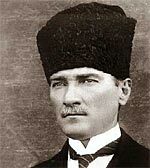 Kemal Ataturk and the birth of modern Turkey